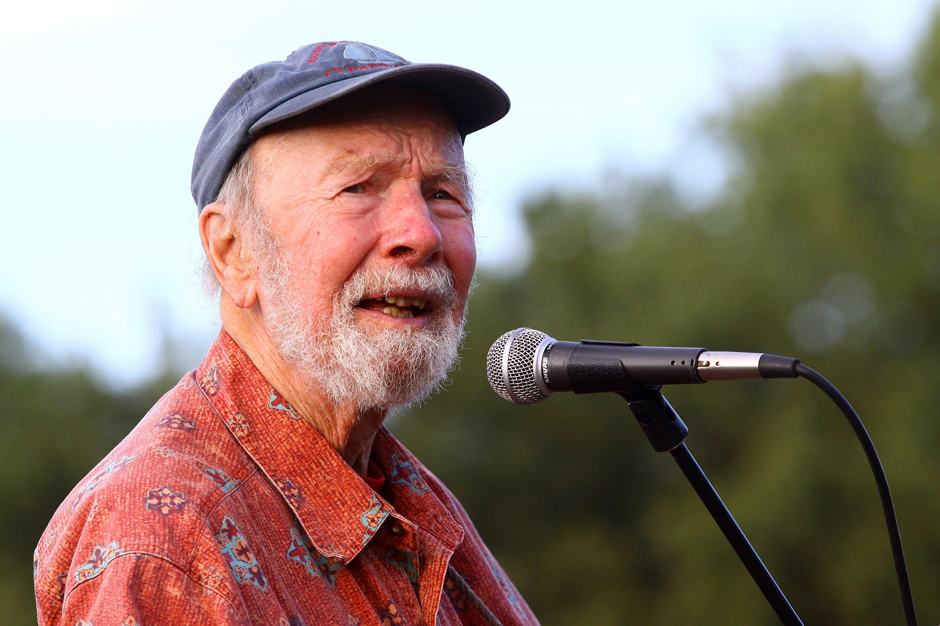 Pete Seeger may be gone, but a tribute concert honoring the late folk legend’s legacy will go on. As Billboard notes, the Grammy Museum and Woody Guthrie Center plan to celebrate Seeger’s life’s work at the Peter Norton Symphony Space in New York City on February 22.

Seeger was supposed to perform at the show and receive the first-ever Woody Guthrie Prize, but sadly, the 94-year-old singer and social activist passed away on January 27 from natural causes. The ceremony — which has been retitled “How Can I Keep from Singing!” — will serve as a posthumous salute and will highlight the connections between Seeger and Guthrie.

“The only thing I know for certain is that Pete would want us to gather together and make some music,” said Nora Guthrie, Woody’s daughter, in an official statement. “The power of song, as he constantly reminded us, can take us through everything that life, and death, throws at us. On February 22, we won’t take a moment of silence to remember him. We will take all the moments to sing — as loudly and with as many harmonies as we can muster.”

Organizers are in the process of booking performers for the show, so expect a lineup announcement in the weeks to come. After Seeger is recognized with the Woody Guthrie Prize, the distinction will be given out annually to artists who exemplify the spirit and work of Guthrie by speaking for the less fortunate and underserved through music, film, literature, or other art forms. Proceeds from “How Can I Keep from Singing!” will benefit the Woody Guthrie Center in Tulsa, Oklahoma.

For a look at Seeger’s life and legacy, read SPIN’s obituary on the icon, and stream the PBS documentary Pete Seeger: The Power of Song. And to get an idea of just how tough Seeger was, read excerpts from his back-and-forth with anti-communist organization the House Un-American Activities Committee.