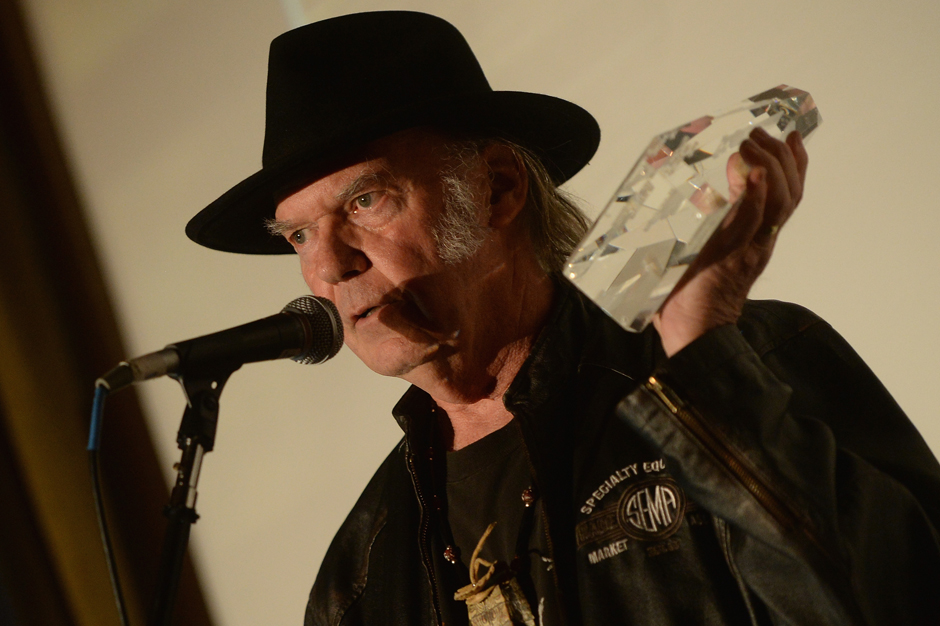 Neil Young will deliver his next album this March. The 68-year-old guitar god confirmed the tentative release date to Rolling Stone recently and said the upcoming record will be called A Letter Home. Young didn’t go into much further detail about the project, but he did say that it’s “one of the lowest-tech experiences I’ve ever had.”

Right now, it looks as though A Letter Home will arrive via Jack White’s Third Man Records. The label’s website has a page devoted to the release that contains the following message: “An unheard collection of rediscovered songs from the past recorded on ancient electro-mechanical technology captures and unleashes the essence of something that could have been gone forever.”

What remains unclear is whether A Letter Home is the covers album that Young and White supposedly recorded together. Earlier this month, music journalist Michael Goldberg reported that the two visionaries made a full-length together; that news came a few weeks after Young fansite Thrashers Wheat cited an unnamed source as saying Young made his next record in White’s recording booth. That refurbished 1947 Voice-o-Graph machine could certainly be responsible for “one of the lowest-tech experiences” of Young’s career, and it could fairly be billed as “ancient electro-mechanical technology,” too.

That said, a recent post on Young’s Facebook denies the “false rumors” of a full-length collaboration of “duets” between Young and White. “Neil Young and Jack White are not doing a record of duets as has been erroneously posted on various outlets,” the statement reads. “We are certain those rumors have no basis in truth.”

Of course, the dismissal could be a simple case of intentional misdirection — especially considering Goldberg’s report never said anything about “duets.” A rep for Warner Bros. Records previously declined to comment on the matter, but we’re sure to find out in a couple of months.