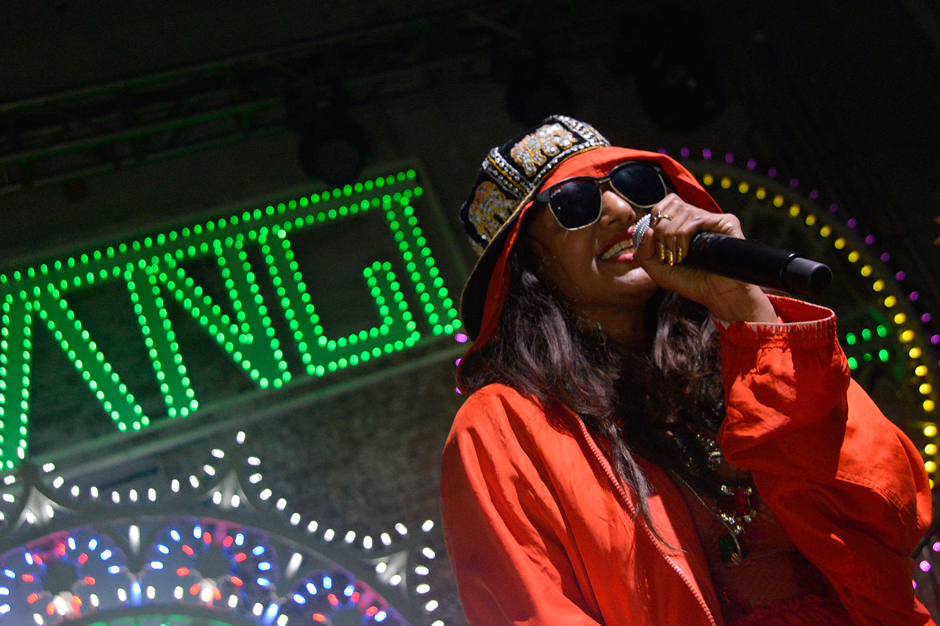 M.I.A. is severing her ties with Jay Z’s Roc Nation. The Matangi singer announced on December 31 that she’s parting ways with Hova’s management company, tweeting, “im leaving @RocNation. Thanks to everyone who supported the M.I.A. #MATANGI LP. HAPPY NEW YEAR.”

M.I.A. offered no explanation for the split, but all throughout 2013, Maya Arulpragasam found herself embroiled in disputes with her representation and record label. Her latest full-length, the much-delayed Matangi (which ended up being SPIN’s pick for the 11th best album of last year), was only given its final release date after the 38-year-old threatened to leak the record herself. Meanwhile, a long-in-the-works documentary on M.I.A. also made headlines after the project’s director, Steve Loveridge, posted a trailer without Roc Nation’s permission.

Loveridge also shared an apparent email exchange with a representative from Roc Nation. The rep wrote the leak “screws with everything we’ve been working on setting up MATANGI,” to which Loveridge replied, “I really couldn’t give a flying fuck. Count me out. Would rather die than work on this… nothing personal :)”

Since then, work on the doc has resumed. According to the Hollywood Reporter, the feature was filming in London this past November, with Loveridge still serving as director. Speaking to the NME recently, Loveridge confirmed that “the documentary is definitely happening.” He added, “Maya thought it was hilarious that I got into a public spat with the label and management.”

M.I.A. signed with Roc Nation — whose roster currently includes Grimes and SPIN cover stars Haim — in May of 2012. After announcing that she’s leaving the fold, Maya revealed that she’s in the process of building a new creative team. “MIA 4 the people by the people,” she tweeted, “Looking for young people to work in fields of ART production / MUSIC/MERCH / FILM / WEB / MARKETING Snd CV.”