Tentatively titled 'Lou: A New York Life' on the way via Farrar, Straus and Giroux 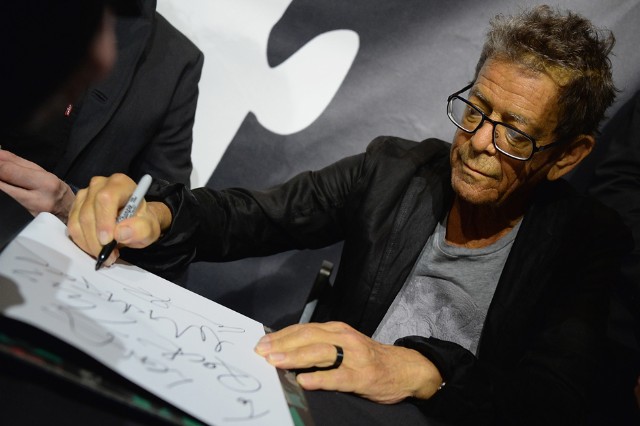 In the months since Lou Reed’s death, many words have been written about the late icon. Robert Christgau bid farewell, Dave Hickey lamented the loss of “the master of the mundane and the malicious,” and Laurie Anderson wrote two separate heartbreaking tributes, just to name a few. Soon, though, there will be a full-fledged biography of the Velvet Underground co-founder, authored by music journalist Will Hermes.

The New York Times reports that the publisher Farrar, Straus and Giroux has signed a deal with Hermes to write the book Lou: A New York Life. In an email interview, Hermes said he plans to write “a full, definitive biography.” Regarding the project’s still-tentative subtitle, the writer explained that NYC would “figure prominently” in the book, “because, how could it not? Reed loved the city deeply, based his adult life here, rooted much of his work here and was a huge figure in our cultural life. I think we have yet to fully measure the loss. He was one of the greatest artists of our generation.”

For a detailed look at Lou Reed’s legacy, check out SPIN’s coverage on the fallen legend: