'Yeezus'-inspired cryptocurrency doesn't get the cosign creators hoped for 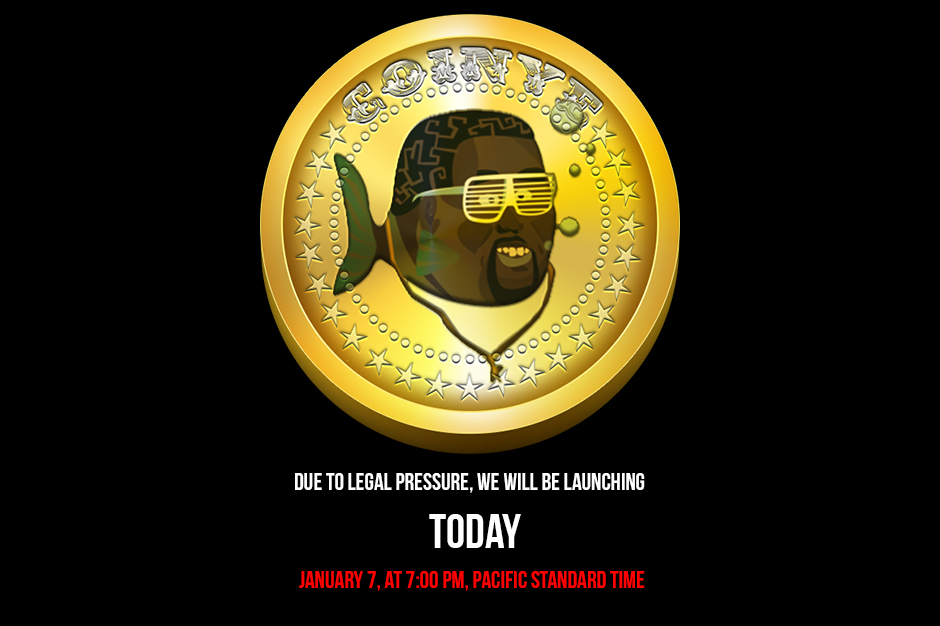 The creators of Coinye West have moved up the release date of their Yeezus-inspired cryptocurrency after receiving a cease-and-desist letter from the product’s namesake. While the Kanye-honoring Internet money (à la Bitcoin, Ripple, Litecoin, Peercoin, and Dogecoin) was originally set to go live on January 11, it’ll now arrive today, January 7, at 7 p.m. PST. The Coinye Facebook account has been taken down, but the Twitter profile lives on:

“WHO GON STOP ME HUH” ? Coinye feelin’ the heat, gonna spread what we got so far before the bigwigs steal our work!! http://t.co/Aql5N1tNp5

You’ll note the original square-jawed face of Coinye has been replaced with South Park’s West-as-gay-fish. Quoted previously, the currency’s seven anonymous makers came across as fans: “We chose to represent Kanye because he is and always has been a trendsetter, and he’s always keeping things unique.” But according to Wall Street Journal, his lawyer Brad Rose has given them reason to change their tune (perhaps to one about hobbits).

“Given Mr. West’s wide-ranging entrepreneurial accomplishments, consumers are likely to mistakenly believe that Mr. West is the source of your services.” Rose also promised that in the event of an unauthorized Coinye roll-out, his firm would “notify the cryptocurrency community at large of your infringing actions and pursue all legal remedies against any business that accepts the purported COINYE WEST currency.”

As a result, in addition to the expedited release, the cryptocurrency’s developers dropped the “West” from their creation’s name, shut down the old homepage, and founded a brand new site with an Indian domain.