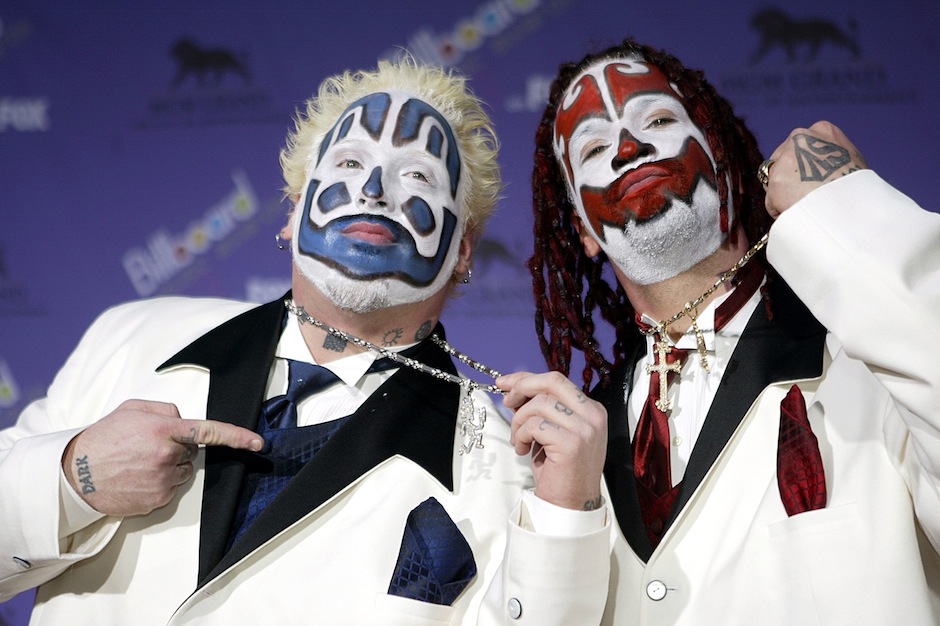 The Insane Clown Posse have officially rekindled their ongoing battle with the FBI. The bizarre-but-true saga started in 2011, when the national law-enforcement agency called ICP’s fans — known to you and me as Juggalos — a criminal “gang.” The horrorcore rap duo responded in 2012 by suing the FBI for the evidence it used to besmirch the Juggalos’ good name (SPIN was there). On January 8, the Michigan outfit joined four fans in filing a new lawsuit against the FBI and the Department of Justice.

Filed in U.S. District Court by the band’s lawyers and the American Civil Liberties Union of Michigan, the 38-page complaint asks a court to declare it’s illegal to designate the Juggalos as a gang. It also asks the court to take the Juggalos off of the Justice Department’s gang list and block the agencies from basing Juggalos as a gang again “based on the actions of a relatively few people who may identify as Juggalos.” The lawsuit also notes ICP were forced to move a 2012 Halloween concert amid police concerns.

The fans listed in the complaint — Juggalos from Nevada, California, North Carolina, and Iowa — alleged they had been unfairly profiled by authorities based on their loyalty to ICP. According to The New York Times, ICP co-founder Joseph “Shaggy 2 Dope” Utsler said at a press conference in Detroit announcing the suit, “We’re not a gang, we’re a family.” Federal authorities had not yet responded to the complaint at the time of this post.

In other recent ICP-related developments, the group’s annual Gathering of the Juggalos will be moving from Cave-in-Rock, Illinois, this year. Utsler and his partner-in-clown-paint Joseph “Violent J” Bruce haven’t announced a new location yet, but they’ve said it’ll be a “doozy.”