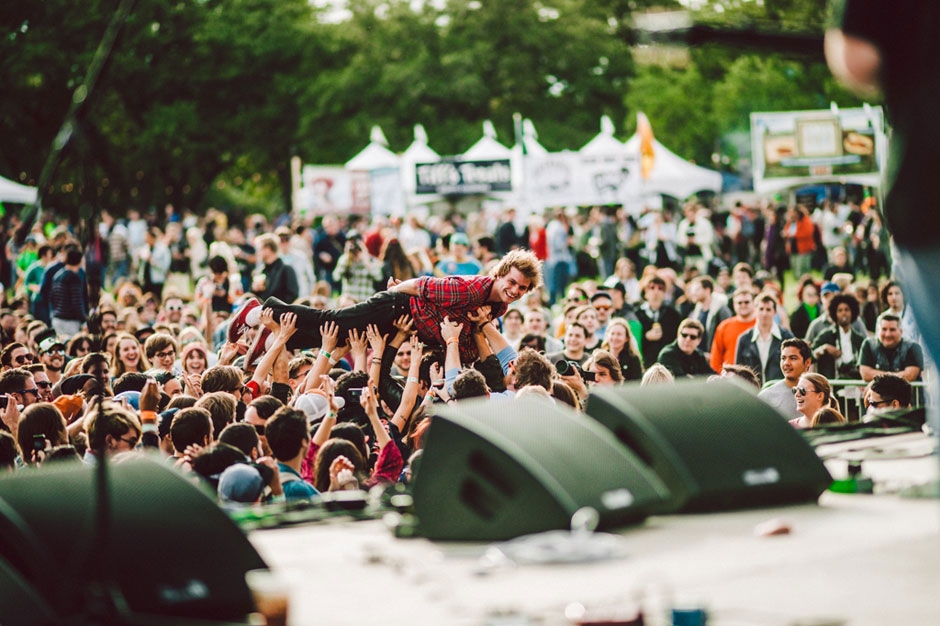 Organizers for Fun Fun Fun Fest have announced 2014 dates for the annual festival. The ninth edition of Fun Fun Fun runs from November 7 through 9, and will take over Auditorium Shores and Butler Park in Austin, Texas. A limited number of Early Bird tickets are set to go on sale on February 12. An official lineup for the three-day showcase has yet to be announced.

Last year’s Fun Fun Fun Fest featured performances by M.I.A., Kurt Vile, Snoop Dogg, Slayer, the Walkmen, Thee Oh Sees, Mac DeMarco, and many others. The 2013 event surpassed all records from previous years, including attendance, ticket sales, merchandise, and sponsorships, according to organizers. To cite one example, attendance shot up 18 percent from 2012, with more than 65,000 festival-goers present at Auditorium Shores.

For a refresher on 2013’s happenings, flip through the Top 20 Things We Saw and SPIN’s Best Live Photos (featuring the above shot of DeMarco). And for a quick look at 2014’s most promising festivals, check out SPIN’s Comprehensive 2014 Festival Guide.