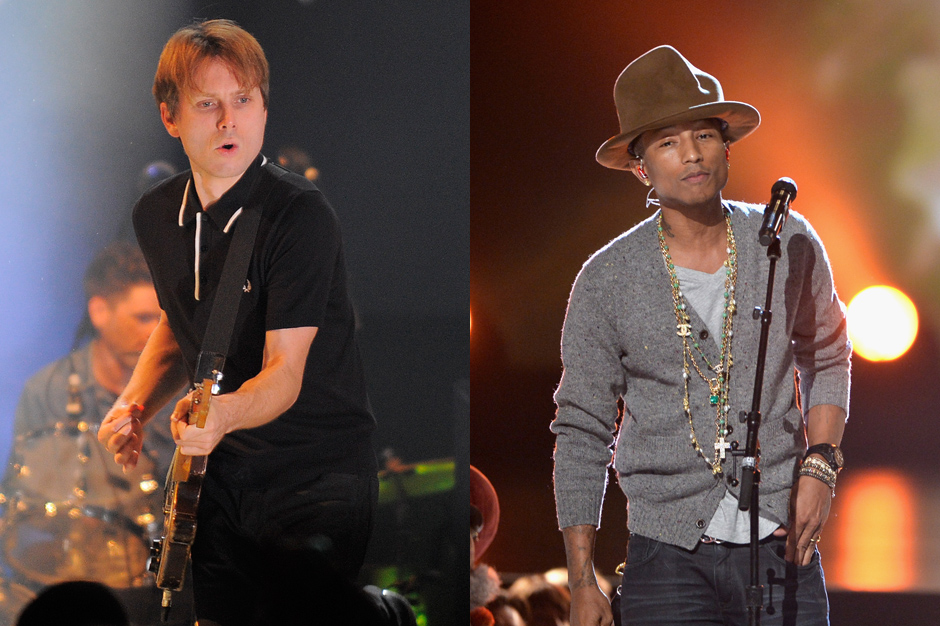 Heavy is the head that wears the gigantic hat. The hit-making, Grammy-recognized mountie otherwise known as Pharrell Williams has been accused of musical thievery once again. But while it was the Marvin Gaye estate before, using a court as their venue for complaint, this incident finds Franz Ferdinand singer Alex Kapranos firing shots on Twitter. He has implied that Pharrell stole the “Take Me Out” riff for Paloma Faith’s new single “Can’t Rely on You.”

Hey @Pharrell – I love your tunes. If you want to borrow a riff, just ask… https://t.co/UInlWYxcKg

When a fan responded, “Maybe you could buy him a new hat once he’s paid up?,” Kapranos wrote back, “Let’s hope it’s a hit, then. Again.” He also tweeted, “Oh, by the way, I didn’t ‘accuse’ anyone of anything. ;-),” but the implication is pretty clear. Neither Williams nor the English singer whose song he co-wrote have responded as yet. Draw your own conclusions by comparing and contrasting below. Mostly, it just sounds like “Blurred Lines.” (via Pitchfork)