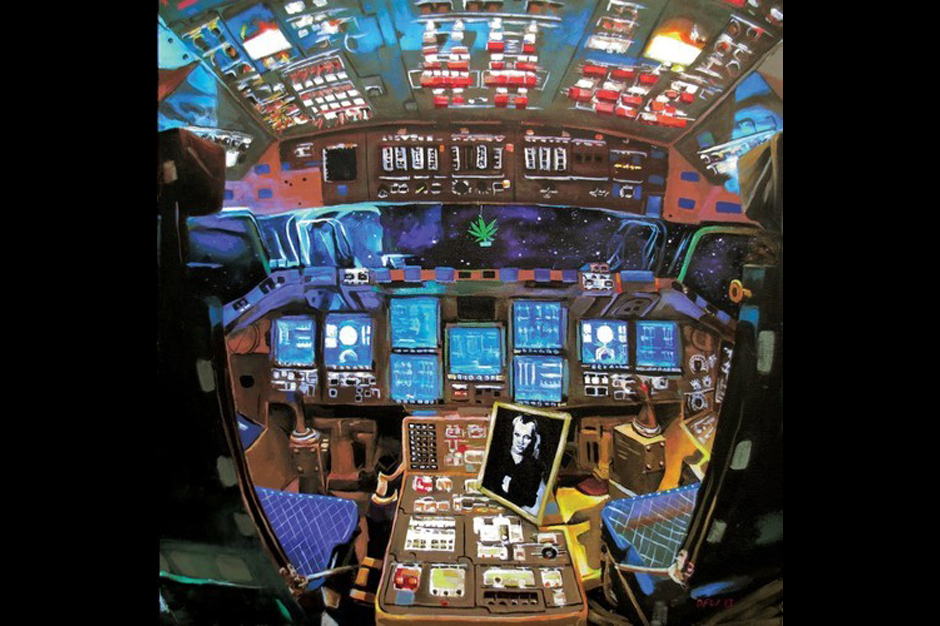 Thee Oh Sees caused a lot of worry when frontman John Dwyer announced to a San Francisco crowd that the December show would be the beloved band’s last “for a long while.” The garage-rock crew have since called an official hiatus, but fans can take solace in the fact that their leader won’t be idle. On February 25, Dwyer will release his first album as Damaged Bug. The 12-song set will be called Hubba Bubba and is preceded by “Eggs at Night,” a lo-fi synthpop offering with droning vocals à la early Brian Eno. Fittingly, that glam guru appears in the provided artwork (by Deirdre White) via an illustration of the framed photograph on the cover of Here Come the Warm Jets. The solo outing has a home on Dwyer’s own label, Castle Face.