Stevie Wonder to Join Daft Punk Onstage at the 2014 Grammys 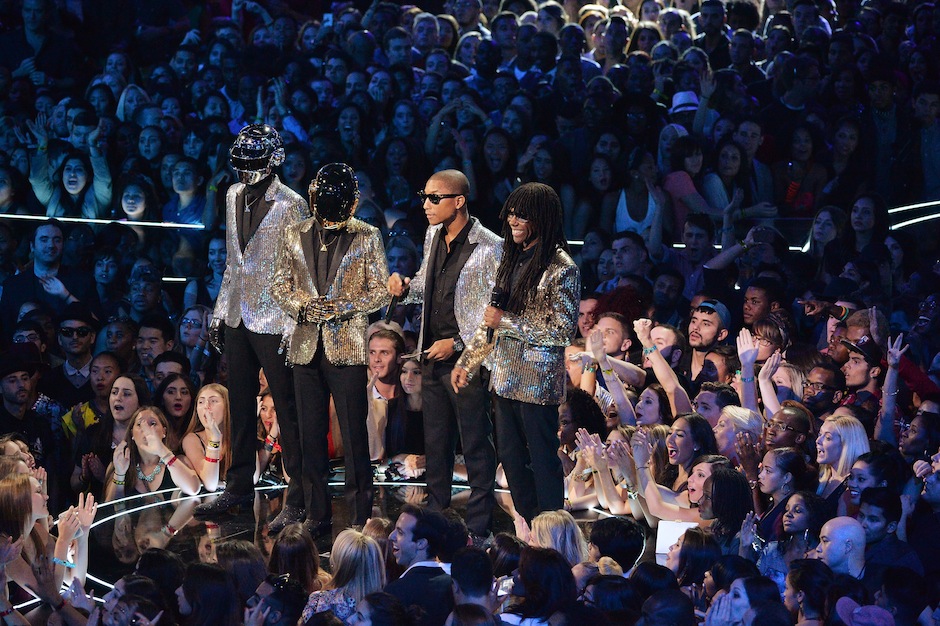 If Daft Punk perform with Stevie Wonder this month, well, the 56th annual Grammy Awards will definitely be doin’ it right. The January 26 broadcast was already set to mark the French duo’s first live performance in support of Random Access Memories (SPIN’s No. 19 Album of 2013), after teases last year involving The Colbert Report and the MTV Video Music Awards. Now, Pitchfork and Rolling Stone cite unnamed sources saying Wonder will also be joining Daft Punk onstage at the Grammys. One more time: Daft Punk will be performing with Stevie Wonder.

Daft Punk have proven expert at drumming up anticipation only to withhold satisfaction before — we mentioned Colbert and the VMA show, right? — but it should be hard for music lovers to contain their excitement about the prospect of the dance robots working with Wonder. For one thing, the legendary singer has said he has at least a couple of new albums on the way this year. As music writer Will Hermes notes on Twitter, maybe Daft Punk can work with him on his record. Wonder has talked about being influenced by rap, which suggests he’s not just hoping to cash in on nostalgia, and it would be great to see Guy-Manuel de Homem-Christo and Thomas Bangalter give him a boost the way they did for the likes of Nile Rodgers, Giorgio Moroder, and Paul Williams.

But that’s getting way ahead of things. As mentioning Rodgers just brings to mind. The Chic guitar master and fellow “Get Lucky” collaborator Pharrell Williams will also reportedly join Daft Punk at the Grammys. RAM session musicians Chris Caswell, Nathan East, Omar Hakim, and Paul Jackson Jr. are set to perform, too — Daft Punk may have helped spawn EDM, but their Grammy gig, like their last album, will involve live instruments.

Daft Punk are nominated for four Grammys, and RAM is nominated for a fifth, for Best Engineered Album, Non-Classical, which would go to the engineers. The helmeted ones recently shared a video for Julian Casablancas collaboration “Instant Crush” and released a RAM box set. Stevie Wonder, a longtime champion of social causes including his once-controversial support for the late Nelson Mandela, made headlines last year when he said he would boycott any states with “stand your ground” laws following the death of Trayvon Martin. And, while we’re dreaming about his possible collaborations, he certainly hasn’t been averse to unexpected guest appearances: Recall the great man’s harmonica-only cameo on Drake’s airy Take Care meditation “Doing It Wrong.”  In the meantime: It sounds as if this gig is signed and sealed, so here’s hoping the Grammys deliver.