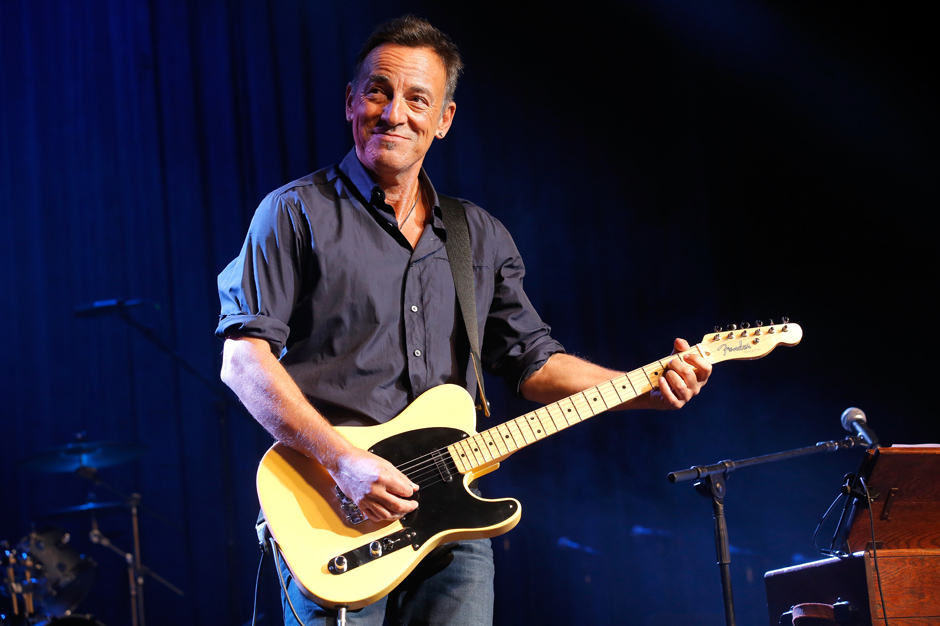 First! The Boss is back. Bruce Springsteen triumphantly scores his 11th No. 1 on the Billboard 200 with High Hopes, an album that was aptly named. The Jersey boy now pulls ahead of Elvis Presley’s chart-topping record to nab third place, after the Beatles (19 No. 1 LPs) and Jay Z (13 No. 1 LPs). What’s more, the heartland hero is the only artist (band or individual) to put up a No. 1 in each of the last four decades. The only bummer speaks more to the state of the record industry than the man’s artistry: This is Springsteen’s first album in the SoundScan era (Nielsen began tracking the numbers for Billboard in 1991) that’s sold under 100,000 upon debut. High Hopes, in fact, did 99K. We blame Chris Christie for that.

2 to 10: Meanwhile, the glacially robust Frozen soundtrack glides down to No. 2, pulling an additional 87K, which is two percent up from its No. 1 haul last week. Not for nothing, the last time a soundtrack spent three or more weeks in the top two it was the accompanying album to 2009’s Hannah Montana: The Movie. No. 3 also goes to the kiddies: Kidz Bop 25 sells 65K in its first week, landing the series its 18th top 10 placement to date, and its 39th charting release (thanks to spinoff series). Finally, we find Queen Bey’s Beyoncé at No. 4, still selling flawlessly (61K). No. 5 goes to country’s Jennifer Nettles, of Sugarland, for her solo set That Girl (54K). Christian alt-bros Switchfoot start at No. 6 with Fading West (39K). Then come the repeats: Lorde’s Pure Heroine slides two spots to No. 7 (31K); Eminem’s The Marshall Mathers LP 2 nabs No. 8 (29K); Katy Perry’s Prism pounces on No. 9 (22K); and Imagine Dragons’ Night Visions refuses to leave us at No. 10 (20K).

Yeah, U Wanna Know: Congratulations are due to Arctic Monkeys, who nab their first Alternative Songs No. 1 with “Do I Wanna Know?” The remarkably consistent English crew hit a career-high with their 2013 album AM, debuting at No. 6 in the U.S. and topping the LP chart in their own land. As Billboard points out, that win gave them the distinction of being the first indie act in the U.K. to score five No. 1 positions in a row. Listen to the man, “play it on repeat”: