Beyonce and Madonna Will Reportedly Perform at 2014 Grammys 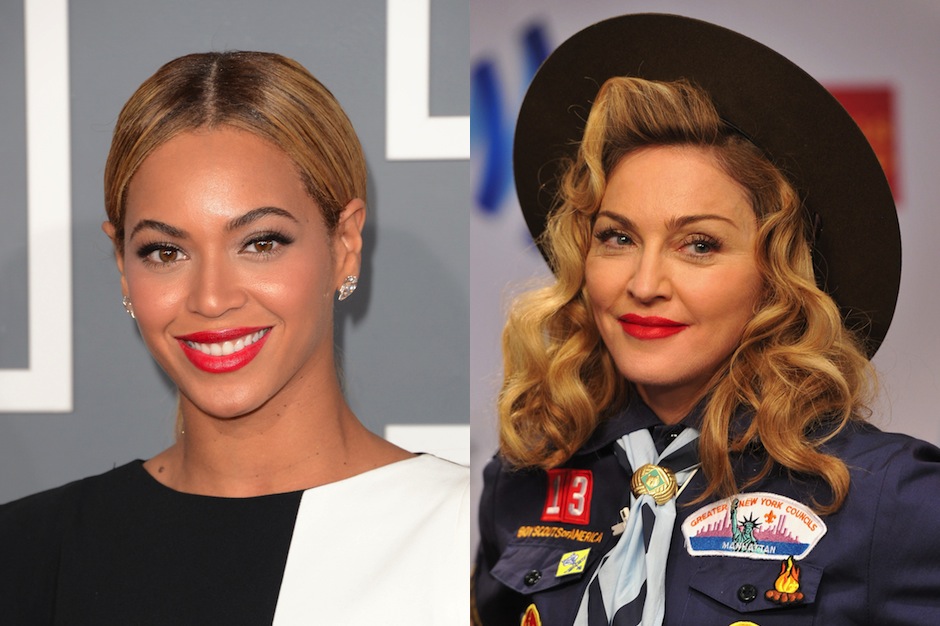 Beyoncé and Madonna have been conspicuously complimentary about each other recently, and now they’re poised to share the stage at the 56th annual Grammy Awards. Queen Bey recently said she’d been trying to follow in the Material Girl’s footsteps, according to The Hollywood Reporter, and Madonna posted an Instagram caption calling Mrs. Carter-Knowles, yes, “the Queen.” According to the Los Angeles Times, Beyoncé and Madonna are both expected to be unannounced performers at the 2014 Grammys on January 26.

One unnamed source said the former Destiny’s Child singer will use the Grammys to give her first TV performance promoting her stunning, late-2013 surprise album Beyoncé, which continues to hover near the top of the charts. Another source reportedly confirmed Madonna will appear as a guest vocalist during one of the nominees’ performance. Unfortunately, that bit about nominees probably means the two singers won’t be up there at the same time: While Yoncé is a guest vocalist on husband Jay Z’s Grammy-nominated “Part II (On the Run),” her self-titled LP won’t be eligible until next year’s awards. And anyway, there’s no official confirmation of either Beyoncé or Madonna’s involvement just yet.