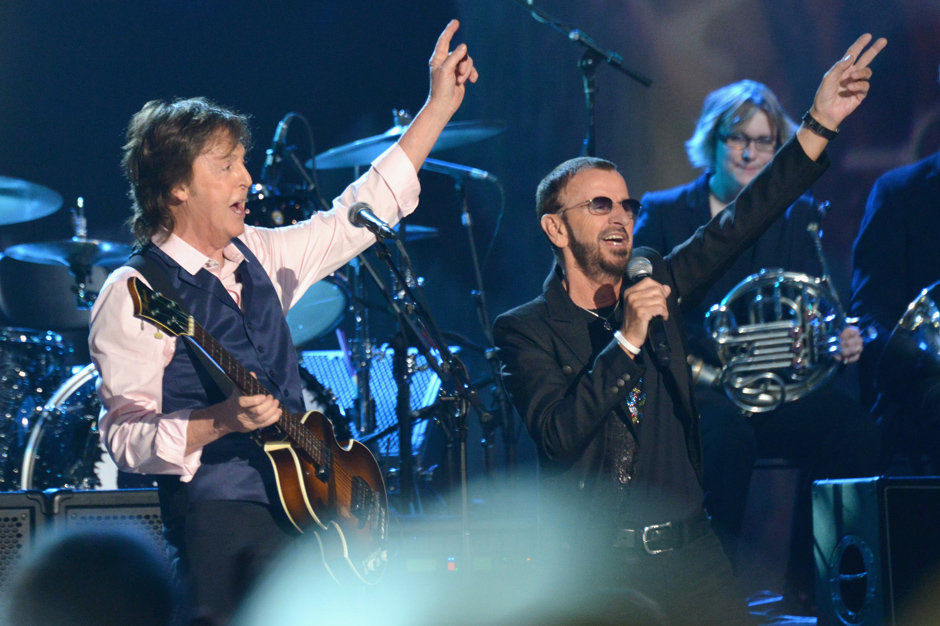 On February 9, CBS will air The Night That Changed America: A Grammy Salute to the Beatles, but the event is already in the bag. On Monday night, Paul McCartney, Ringo Starr, and a host of guest performers gathered at the Los Angeles Convention Center — next door to Staples Center, where the Fab Two played for the 56th Annual Grammys the night before — to play the hits and reminisce in honor of the 50th anniversary of the band’s appearance on The Ed Sullivan Show.

As the Associated Press reports, viewers at home can look forward to highlights including John Legend and Alicia Keys doing “Let It Be,” Katy Perry covering “Yesterday,” John Mayer and Keith Urban teaming for “Don’t Let Me Down,” and Brad Paisley playing “Here Comes the Sun” with — who else? — Pharrell Williams. Far less exciting: Maroon 5 will kick off the festivities with “All My Loving” and “Ticket to Ride.” Silver lining: Dave Grohl and Electric Light Orchestra’s Jeff Lynne did “Hey, Bulldog.”

“What can I say about this evening, it’s just amazing,” McCartney reportedly said to the crowd at one point, admitting that he felt odd about participating in his own band’s commemoration. “At first when I was asked to do the show, I was wondering if it was the right thing to do. Was it seemly to tribute yourself? But I saw a couple of American guys who said to me, ‘You don’t understand the impact of that appearance on the show on America.’ I didn’t realize that.”

He and Starr came together to perform “Hey, Jude,” “Sgt. Pepper,” and “Yellow Submarine.” George Harrison’s son Dhani did “Something” with Lynne and Joe Walsh. Last but hardly least, Stevie Wonder performed “We Can Work It Out” — twice, in fact, as they needed an extra take.