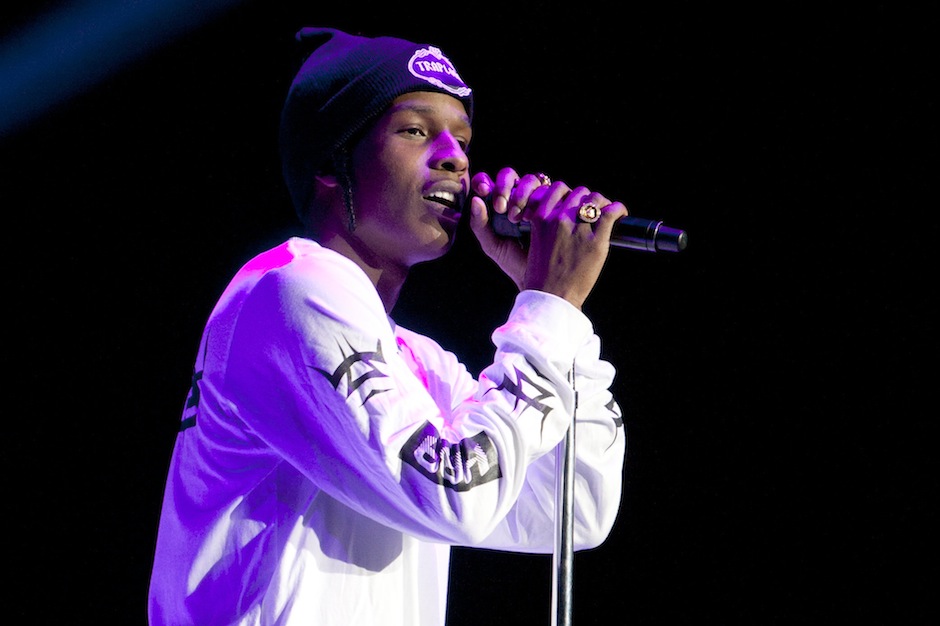 An A$AP Rocky set in Australia on New Year’s Eve very nearly rang in 2014 with a bizarre tragedy. The New York rapper was headlining Perth’s sold-out Origin festival, in front of a paid audience of 8,000, when a man could be seen dangling from a lighting truss over the stage. “Oh shit, kid — come on man, be careful,” A$AP Rocky said, according to video of the incident captured by Wiz Kahlifa sideman DJ Bonics. “Somebody help this kid before he kills himself.”

Only seconds later, the man tumbled several yards to the ground. “Oh shit,” A$AP Rocky said again. “He’s okay though, right?” Sort of: As The West Australian puts it, “The man’s injuries are serious but not life threatening.” A festival organizer called it disappointing the man snuck past security and said the event responded by clearing out a space underneath him, to keep him from hurting anyone else in his fall.

A$AP Rocky rushed over to check on the fallen fan, then performed Grammy-nominated LONG.LIVE.A$AP hit “Fuckin’ Problems.” According to Faster Louder, that was the last song of the set. Video of the unfortune episode is below.