Aimee Mann and Ted Leo, as the Both, Bronze the Fonz on Punchy ‘Milwaukee’ 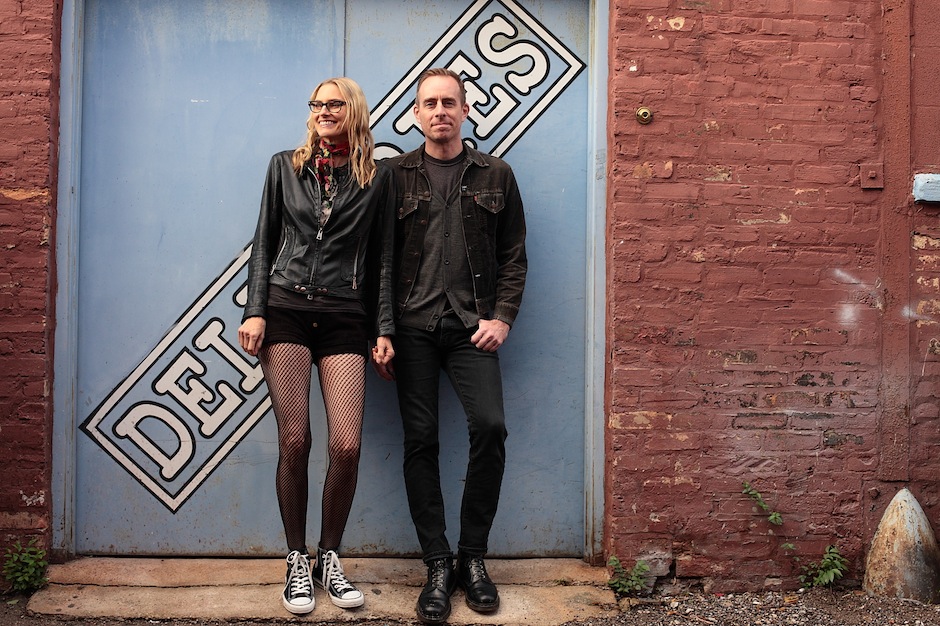 The legacy of Scott Miller, the former Game Theory and Loud Family power-pop songsmith who died early last year, just got that much more impressive. Aimee Mann first became aware of Ted Leo thanks to Miller way back in 2011, according to the website for her new project with the hardcore-punk alumnus, the Both. Originally using the goofy name #BOTH, the two word- and melody-smart rock underdogs started playing live shows together almost a year ago, and the first studio track from the duo — posted today over at Rolling Stone — could hardly be a better tribute to Miller’s influence. From upcoming album The Both, due out April 15 via Mann’s SuperEgo label, “Milwaukee” is at once brainy and leanly catchy, with a peppy chorus about a “nucleus” and a hint of Thin Lizzy in its rollicking, raise-your-beers guitar solo. Leo told RS the song was an attempt to “immortalize” the time he and Mann saw a bronze statue of the Fonz together, so the late Miller will have to share any implied honors here — but you’d have to think the guy who named one of his bands partly after a ’70s Saturday Night Live sketch would be chuckling anyway.

The Both tour dates: