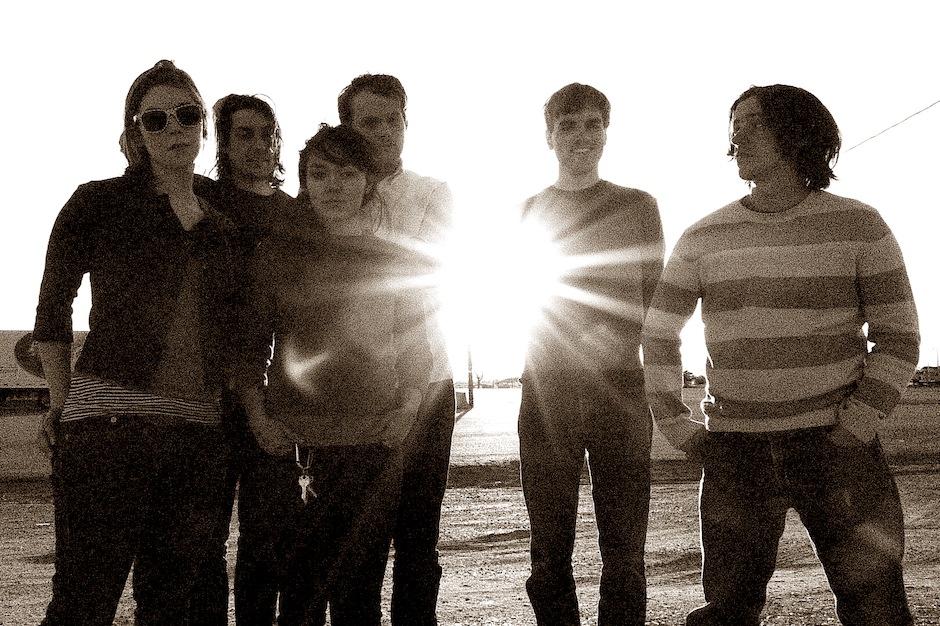 It’s been more than three years since Philadelphia-born dream-pop band A Sunny Day in Glasgow self-released their last album, but from the sound of their new single, you’d think they were heavily PR’d up-and-comers with a respected label throwing down for them. As excellent as 2010’s Autumn, Again was, Pitchfork’s Andrew Gaerig wasn’t wrong to observe that it felt relatively low-stakes. “In Love With Useless (The Timeless Geometry in the Tradition of Passing),” by contrast, is as sublimely, quixotically ambitious as its title.

The Ben Daniels-led band’s ability to cram an entire album’s worth of memorable passages into a single song is on full display, and at times you may feel compelled to be sure you’re not accidentally playing a separate track in another browser tab. But the incantatory, overlapping female vocals, the swirling guitars that are suited to classic 4AD records without slavishly recreating them, and that cacophonous section toward the end where it all collapses into a motorik fuzz? They’re all technically useless, yeah, but ecstatically so — and they’ll more than repay your love.

The song is the first glimpse of A Sunny Day in Glasgow’s upcoming, Kickstarter-funded album. The group looks to be making good on its fans’ donations in more than just studio effort — in addition to a Bandcamp download, the band has also created suitably disorienting visuals for “In Love With Useless.” The band adds a warning: “Maybe don’t watch this if you are sensitive to strobes or get dizzy easily. It’s not a video for the song, but something to look at while you listen.” Check it out below.

A Sunny Day in Glasgow Bring Heat, Light on ‘Hey, You’re Mine’