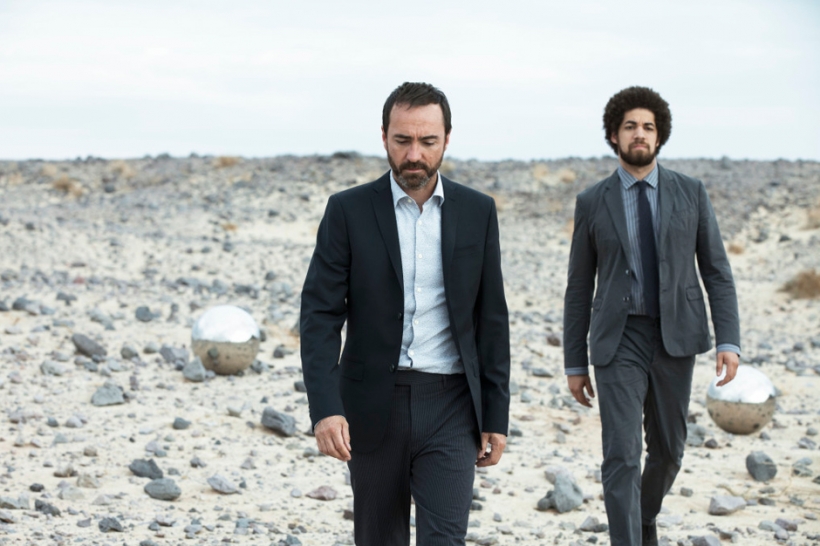 1) Broken Bells, After the Disco. “James Mercer and Danger Mouse are once again collaborating as Broken Bells. The lead single from their sophomore album, “Holding on for Life,” looks to stretch 2013’s glitz-and-glamour revival (see: Daft Punk, Arcade Fire) into the new year, floating a lightweight falsetto over a slow-ripple groove and air-brushing the whole vehicle with sparkling sonics.” — SPIN (via iTunes)

3) Various Artists, Sweetheart 2014. “Some of the artists on Sweetheart 2014 — the fifth installment in a series dating back a decade — sync up naturally with the source material they’ve chosen. Sharon Jones & The Dap-Kings and Stevie Wonder’s ‘Signed, Sealed, Delivered I’m Yours’ fit together seamlessly… Other pairings are more surprising, in a your-methods-may-vary sort of way, as Ben Harper attempts a faithfully drowsy take on Mazzy Star’s ‘Fade Into You’ and Vampire Weekend sings in Italian for ‘Time to Say Goodbye (Con Te Partirò),’ a song popularized by Andrea Bocelli.” (via NPR)

4) CEO, Wonderland. “Wonderland is, at times, superficially soothing and fun, an almost hedonistic paean. But not far beneath the surface is something more unsettling and challenging: a statement about isolation and loneliness and a delicate search for meaning that’s particularly Scandinavian.” (via NPR)

5) Marissa Nadler, July. “On her sixth album, Boston-born singer-songwriter Marissa Nadler gets darker than ever before… Gone is the lithe, limber-voiced ingénue of last year’s ‘Wedding,’ and in her place lies Nadler’s blackest-ever-black album. New songs like ‘Was It a Dream’ and ‘Desire’ benefit from darker hired guns: Eyvind Kang’s strings, Steve Moore’s synths and the guitars of Phil Wandscher lend emotional heft and existential dread to these 11 phantasmagoric love songs.” (via NPR)

7) Lolawolf, Lolawolf EP. “Lolawolf’s debut EP begins with a, um, bang: ‘Would you take me to the west side? / Would that be alright?’ Zoë Kravitz coos on ‘Drive (Los Angeles)’ before finishing the couplet: ‘I could stare out your window / And fuck you tonight.’ Backed by Reputante members, James Levy and Jimmy Giannopoulos, Kravitz unspools five tracks of electro-tinged alt-R&B.” (via SPIN)

8) Water Liars, Water Liars. “‘Water Liars is a record about trying to live and love and earn a living in times and places that don’t make it easy on anybody,’ says frontman Justin Kinkel-Schuster. ‘It’s about trying to handle the bad times that nobody escapes and take care of the good times as long as they last. It’s us trying to tell about the outskirts of America that we’ve seen, lived through and live in, and get it right, for once if not for all.'” (via American Songwriter)

10) Ricky Eat Acid, Three Love Songs. “Like Burial’s music as a representation of London, [think of] Three Love Songs as exploring suburban Maryland, where Ricky Eat Acid grew up… and specifically exploring the borders between the rural Mid-Atlantic and suburbs — the photos he’s posted to an accompanying website suggest this is important to him, as does the general stylistic tension between ambient open space and more beat-oriented production, which [suggest] physical exteriors vs. interiors, respectively, but sometimes changes places so it’s the other way around, too, with interior psychic space evoked by ambience, and the outside world by Drake samples and drums.” (via Fader)