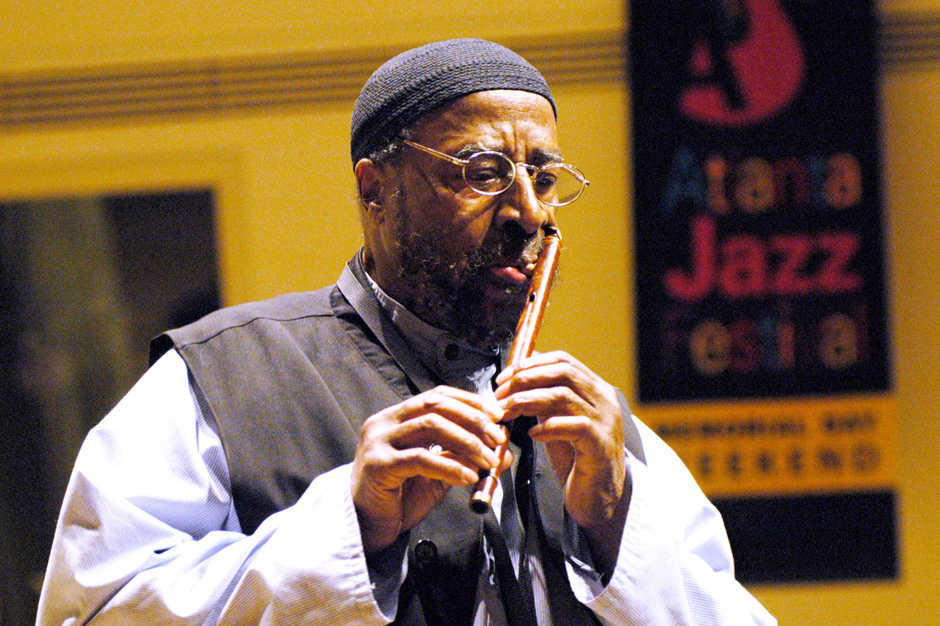 Grammy-winning jazz innovator Yusef Lateef is dead at the age of 93. Born in Chattanooga, Tennessee, on October 9, 1920, the gifted composer came to be celebrated for fusing his distinctively American idiom with Eastern sounds. Though a versatile multi-instrumentalist, he was best known for his work on flute and tenor saxophone. He died Monday, December 23, at his home in Shutesbury, Massachusetts, after reportedly battling prostate cancer.

The Daily Hampshire Gazette broke the news, sharing the information they received so that the newspaper might publish an official obituary. His 1987 set Yusef Lateef’s Little Symphony won the Grammy for Best New Age Album in its time. Lateef played every instrument on that album, including sitar, water drums, gourd, and kalangu. Beginning his recording career in the ’50s, he released dozens of LPs during his life, many on his own label, YAL Records.

Lateef, who was born William Emanuel Huddleston, got his first big break in 1949 when he was invited to tour as a member of Dizzy Gillespie’s orchestra. Below, you can see him playing with Cannonball Adderley in 1963, and hear a few more highlights from his illustrious career.