A long-lost instrumental from a pre-'77' CBGB gig emerges 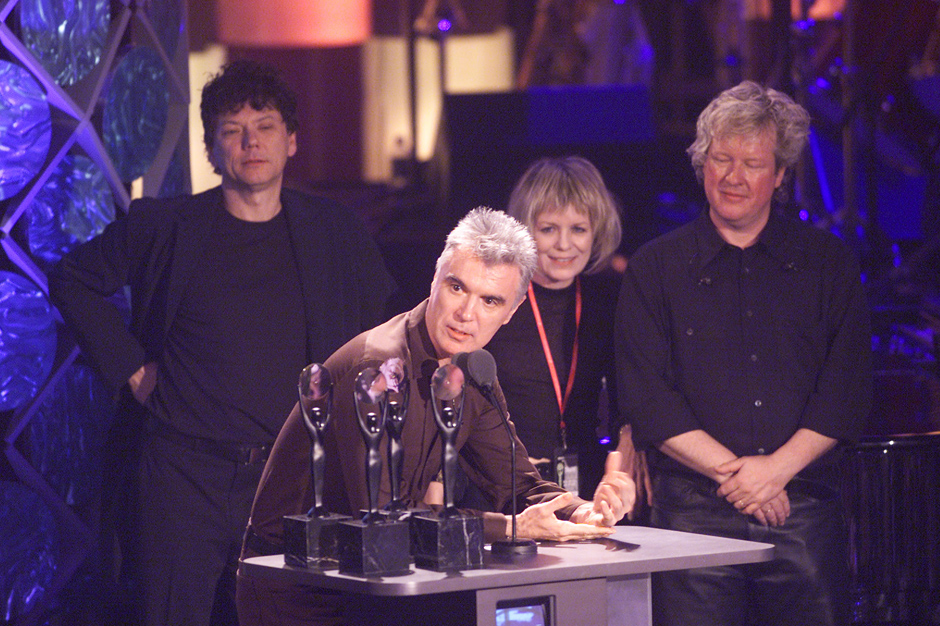 In the summer of 1976, the Talking Heads were only a year past their first show (opening for the Ramones) and a year away from their first album, 77. On July 30, David Byrne, Tina Weymouth, and Chris Frantz played two sets alongside Television at New York City’s iconic CBGB, and thankfully someone was there to record it. Because now, nearly 38 years later, we can finally hear a never-released instrumental from that night informally dubbed “Theme.” The five-minute song opens with ominous guitar and soon spreads out, finding a sun-dappled beachy groove before culminating in a noisy finish.

In the beginning, Byrne introduces the song. “No title?” a fan asks, and he responds, “We call it ‘Theme,’ but then we just keep it to ourselves.” Stream “Theme” below thanks to a Dutch Talking Heads fan site (and Slicing Up Eyeballs).