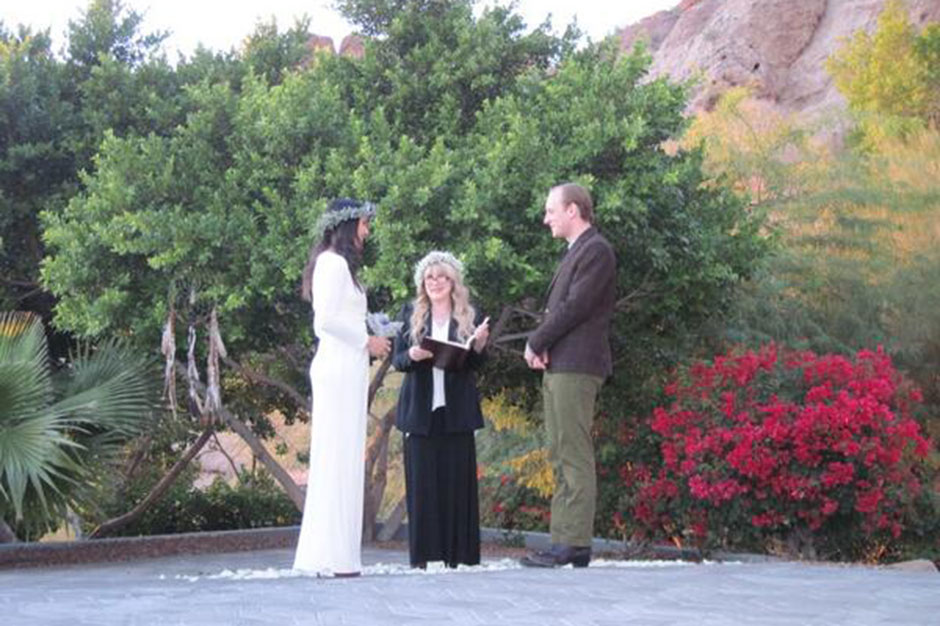 Deer Tick frontman John McCauley and singer Vanessa Carlton tied the knot on Friday, December 27, in an outdoor wedding ceremony. Congratulations are due to the happy couple, not just for the special occasion, but also for getting Stevie Nicks to officiate. Yes, as the Hollywood Reporter points out, the Fleetwood Mac singer made the union between McCauley and Carlton official.

Carlton shared the news a few hours after the ceremony, tweeting, “Thanks Stevie for marrying us!” The “A Thousand Miles” singer also shared a few photos from the event, including an Instagram shot of her signing the marriage license alongside Nicks and her new husband. McCauley posted a few snapshots onto his Instagram, including a photo of Nicks filling out the necessary legal documents.

“Here is Stevie Nicks doing my marriage paperwork,” the Deer Tick leader wrote as a caption. “It’s a misdemeanor in the state of Arizona if she messes it up. She’s a badass reverend. It was an awesome ceremony. Thank you Stevie! And thank you all for the good wishes!”

Speaking to Billboard recently, McCauley explained how he met his wife. “We met through Patrick Hallahan, from My Morning Jacket,” he said. “He introduced us after I went on Vanessa’s Twitter and said, ‘Hey, VC let’s get a beer’… I had just figured out how to use Twitter so I was really proud of myself.”

For a glimpse at the wedding, scroll down for photos.

Thanks Stevie for marrying us! pic.twitter.com/E2ujXZf6P9