Spotify Reveals How Much, or How Little, It Pays Per Stream

Home » News » Spotify Reveals How Much, or How Little, It Pays Per Stream

The debate over music’s ongoing shift toward online streaming just got a tiny bit more transparent. For all the heated opinions both for and against Pandora, Spotify, iTunes Radio, Google Play, All Music, YouTube, and the like, the rest of us have had very little actual data on how much musicians make when listeners stream their songs. That’s why it was The New York Times-worthy earlier this year when an avant-garde cellist named Zoe Keating broke down her online earnings. That’s why we’re left trying to parse blog posts by Cracker/Camper Van Beethoven curmudgeon David Lowery.

Spotify has now made official what was widely assumed: An individual stream of a song costs it less than a penny. As The Guardian reports, Spotify has launched a new Spotify Artists website, where it reveals the average payout to rights holders ranges from 0.6 cents to 0.84 cents. That would generally include payouts to labels, managers, and so on. The people who sing and write the songs tend to get an even smaller cut.

Spotify says on the site that looking at per-stream numbers is a “highly flawed” way of assessing its value to musicians, arguing that its expanding user base will lead to more streams and more royalties. Spotify discloses that royalty payouts account for almost 70 percent of its total revenues. Overall, the company says it has paid out more than $500 million to rights holders this year, and more than $1 billion since opening its doors in 2008. 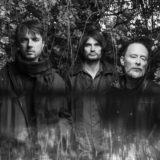 The additional clarity is welcome, but it won’t and shouldn’t end the discussion. As The Guardian notes, Spotify’s argument that royalties will increase as its user base grows overlooks the company’s mounting losses. Nor does it address David Byrne’s concern that few artists on the fringes of the mainstream will be able to pay their bills this way — we repeat, that’s $6,000 to $8,400 for one million streams. Streaming holdout Thom Yorke has expressed a similar worry, arguing that “artists get paid fuck all.” Damon Krukowski of Galaxie 500 and Damon & Naomi wrote for Pitchfork that he stood to earn as much from 1,000 vinyl singles in 1988 as he did from 13 million streams last year. (It’s also well worth reading Kelefa Sanneh’s recent, carefully balanced New Yorker piece, “Blockbuster,” which touches on likeminded issues.)

Spotify acknowledges it’s not necessarily ideal now for all artists but says it wanted to clear up the thinking behind its business. Spotify’s director of artist services, Mark Williamson, told The Guardian: “With any format change in music – CD and iTunes included – there’s a lot of confusion around how these different models work, and quite often some serious skepticism. We understand that’s out there, so we want to be as clear and transparent as we possibly can explaining how Spotify fits in.”

In other online royalty-related developments, Aimee Mann’s $18 million copyright infringement case against digital-music operations company MediaNet just got an early go-ahead. According to The Hollywood Reporter, a federal judge has rejected all but one part of MediaNet’s argument to have the case thrown out of court. Mann has 21 days to tweak her legalese, and then the case — a fascinating one that illustrates the complexities of the digital music biz — should move ahead. At this point, no need to serenade the guy in robes with “Save Me.”