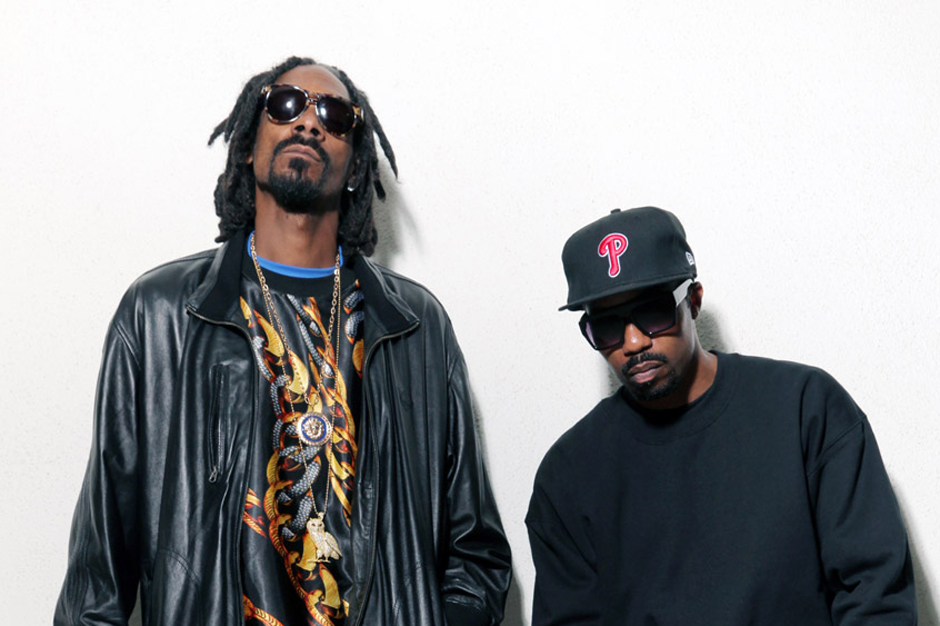 It’s a Friday afternoon in L.A.’s Lincoln Heights neighborhood, and one of the West Coast’s O-est G’s is holding court at the headquarters of Stones Throw Records. Yup, Snoop Dogg, a.k.a. Snoopzilla, is lighting up blunts and minds within the walls of the rap-game Sub Pop, flanked by Dam-Funk, the Pasadena-reared groove visioneer last seen duetting with Ariel Pink on a Coachella stage. DF fans have been clamoring for a team-up between the underground funkster and the G-funk legend for years, and at long last, it happened.

Just another seven days in the life….

Snoop, At this point in your career, you could easily be kicking back at home, but you’ve been trekking out to Dam’s house to record. What inspired you?
Snoopzilla: Dam’s music. I’m inspired by music. [Pauses to inhale.] I’m an artist first and foremost, so it’s gotta be something that makes me get in the mode of doing my thing. If I was a basketball player, it would have to be an athlete that makes me wanna compete. Like Kobe Bryant. He just had an injury they said would take a year and a half to heal. But this motherfucker is back on the court now, because he don’t like being number two. That’s the spirit that drives me. I’m seeing Dam-Funk out here making all this great music, and I’m like, “Man, he needs an artist to produce.” He’s a motherfucking top-notch producer that needs a top-notch artist. I had to reach out and get that music to get me going back to the house, because we created this lane. Often we run from what we made — you try to be so original and diverse, but then you realize the shit you created is the best shit, because it’s yours.

Along those lines, Dam, you’ve held it down for funk over the years, furthering the dialog continued by G-funk. What does this team-up mean to you?
Dam-Funk: What it means to me is the progression of funk. Snoop is a funkster too, but he’s a well-rounded artist across genres, so to work with him on this music is to further the sound. He’s beloved worldwide, so anything he says or touches or does, people respect and trust. And for this particular project, it was such a natural vibe. It wasn’t put together by labels or management — these are two brothers who came together. And it really does show, if people are peepin’, the kind of character Snoop has, to be coming over to my pad to work on music. He can be on an island chilling somewhere, margarita with an umbrella…

That’s next week.
Snoop: [Chuckles, smile widening.] True.
Dam: But after all of the things that he’s been able to conquer and do well, for him to get involved with this music again, to further the love he has in his heart for this funk… I’ve always stood for it, and we want to progress it now.

Paint us a picture. How did the recording go?
Snoop: He’d lay down the tracks, and I would come up with the vocals, and he’d take it from there. I was like, “I’m letting Dam-Funk produce me, so produce me.” That’s what the project was all about — him having the comfort zone of doing what he do, with no “Hey man, we’ve got to get this done by this date.” No pressure, no dates, no nothing. We worked when we wanted to work and made what we wanted to make.

Is there anything you guys actually disagree about?
Dam: Nah. Me and Snoop haven’t had one disagreement. Not about music, not about anything. We’re too grown for that. When you click with somebody, it’s supposed to be that way, whether you have a relationship with a lady or a business partner. If we evolve as humans, that’s what we’re supposed to be doing, right? Just imagine 300 years from now: Will people be having disagreements about the same things we are today? No, we’ll have evolved. And so, I like to consider this project an exercise in evolution. Snoop and I are proving that we can do something smooth, relaxed, easy, and comfortable. We’re showing people how to get together and do something great.
Snoop: If we disagree, we disagree with the motherfucker that’s against us.

You’ve forged a strong bond…
Snoop: I love when Dam sends me YouTube links for groups or songs I ain’t never heard. That’s why I like fucking with him, because I like being around people that’s smarter than me, that’s better than me. I’ve never been jealous. For example, when we built Death Row Records, I was the first artist, but I brought in RBX, Kurupt, Daz, and Nate Dogg. I could’ve been selfish and said, “I don’t need them, I’ll be by myself,” but I brought them for competition, to make sure we would be better, that everyone would stay on their toes. Working with Dam forces me to be better than I am.

He’s the first producer you’ve done an entire album with since Dr. Dre.
Snoop: It’s like working with a Dr. Dre. I can’t come with no bullshit on his music. I can’t send him a song that don’t make sense, that’s me just rapping about whatever. Everything I sent him was put together thinking, “How would radio play this song? How would my mother listen to this song? How would the lil’ homies like this song?”

So explain the name. How does “7 Days” fit into your funk-osophy?
Dam: That comes from Snoop. I’ll let him expound upon that. It’s a great concept.
Snoop: [Exhaling.] Seven days to make this project. Seven songs. And seven days to find the funk. You only get seven days in a week, but you found that funk, so you can continue. You can funk for another seven days. You can funk until the end of time. But those seven days are what’s important. We just going one week at a time, and we trying to make sure we handle you on every day of that week. With the funk.