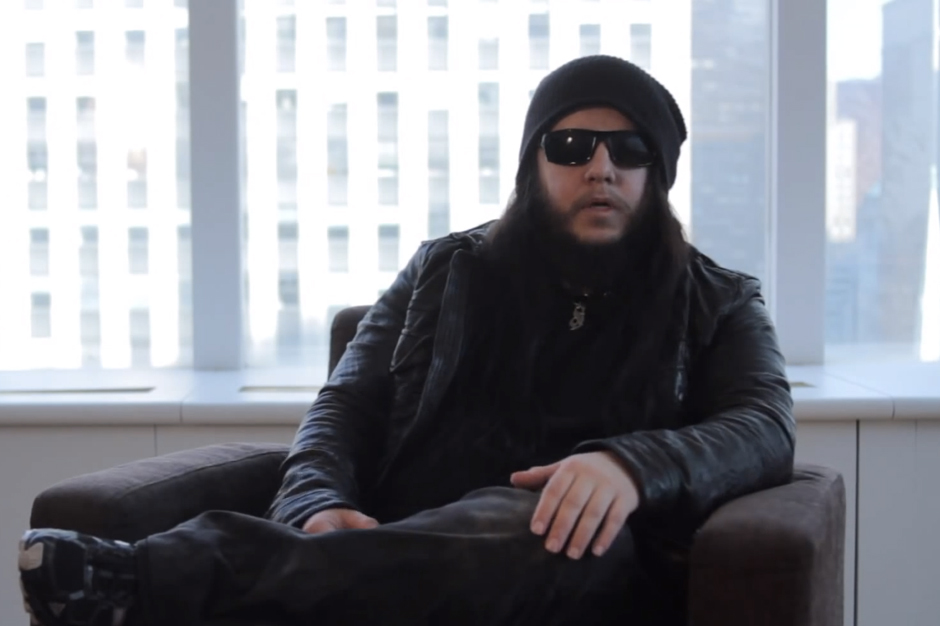 Slipknot drummer Joey Jordison has parted ways with the band he helped launch back in 1995. He co-wrote songs for the masked metal act and played on each of their four albums. As Blabbermouth points out, he has recently been devoting attention to new project Scar the Martyr, who released a self-titled debut in October via Roadrunner Records, also home to Slipknot and singer Corey Taylor’s Stone Sour band.

The group made the announcement on the Slipknot homepage:

To our Maggots and fans around the world,

It is with great pain but quiet respect that, for personal reasons, Joey Jordison and SLIPKNOT are parting ways. We all wish Joey the best in whatever his future holds. We understand that many of you will want to know how and why this has come to be, and we will do our best to respond to these questions in the near future. It is our love for all of you, as well as for the music we create, that spurs us to continue on and move forward with our plans for releasing new material in the next year. We hope that all of you will come to understand this, and we appreciate your continued support while we plan the next phase of the future of SLIPKNOT.

Thank you, The ‘KNOT

Jordison in October told Australia’s Loud Magazine, “The future is bright with Slipknot; we aren’t going anywhere.” He went on: “You know, there’s nine eccentric guys in the band and some of us like to be more active than others. I have so much material, I like to be busy all the time. It’s like the seize-the-day type aspect on music and life … Right now my work is Scar the Martyr, but Slipknot isn’t going anywhere. You can mark my words on that.”

Slipknot have a new album in the works, the follow-up to 2008’s All Hope Is Gone and their first since bassist Paul Gray died in 2010.

Here’s a December talk between Jordison and Modern Drummer: