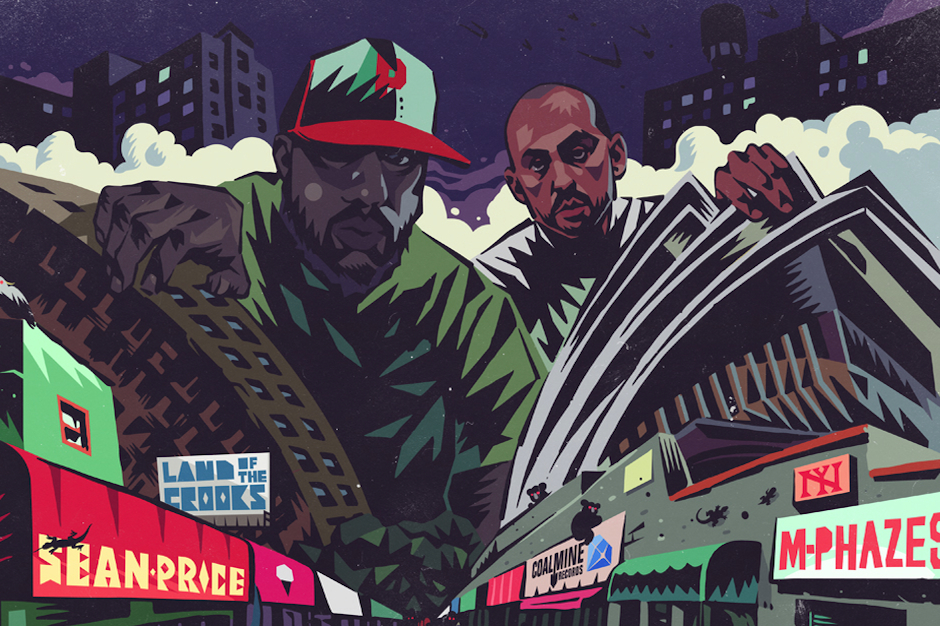 Brownsville rap hero Sean Price (of the Boot Camp Clik and Heltah Skeltah) teams up with Melbourne, Australia beatmaker M-Phazes, who recently received a high-profile credit on Eminem’s The Marshall Mathers LP 2 (he co-produced the first part of MMLP2’s “Bad Guy”) for Land of the Crooks, a terse, nervy, five-track EP. Intro track “Bag of Shit” contains classic punch-you punchlines such as “I will clap your Kangol,” and enacts a kind of gully Cheech & Chong routine throughout the hilarious track: “The bag with the shit got shit on the bag, man.” “Dump in the Gut” slurs a sample of OutKast’s Big Boi on UGK’s “International Player’s Anthem” for the hook, while the title track features mosh-rap legend Billy Danze of M.O.P., New York renaissance rapper Maffew Ragazino, and Dilated Peoples’ DJ Babu’s scratching. And you get two versions of “Murdah Type Thinkin’,” a club-friendly piece of bloop-bap; one version features Roc Marciano and the remix, produced by Small Professor, features Price’s Random Axe partner, Guilty Simpson.

Sean Price and M-Phazes’ Land of the Crooks is out today (order on iTunes, Fat Beats, or Beat Kit), and you can stream it at SPIN, below. A CD version of the EP will be released as a “double A-side set,” packaged with Guilty Simpson and Small Professor’s Highway Robbery, on Coalmine Records.