Former Royal Trux singer Jennifer Herrema knows how to get right to the heart of the matter: “It’s so hard to put it all together in a linear way.”

We’re talking about Drag City’s recent reissues of some late Trux material, namely the 1998 double-header of Accelerator and the 3-Song EP, as well as 1999’s polyrhythmic stew Veterans of Disorder. But that line remains one of the best summations of her former band I’ve ever heard. Is there another rock band kicking around in 2013 that’s one-fifth as strange as Royal Trux were at any given point in their career? Even at their most flagrantly sell-out-iest (and they did try their best), between 1987 and 2000, from Reagan to Clinton, Neil Michael Hagerty and Jennifer Herrema could out-strange anyone from the iPhone era. They are the Rolling Stones if that band played Altamont as the duo of Brian Jones and Anita Pallenberg. They are John and Yoko pulling apart “Yer Blues” and “Don’t Worry Kyoko,” then smooshing them back together. For two people who always looked a little like Black Crowes groupies, they are quite unlike anybody else.

Drop the needle on any of their records and — from Hagerty’s sideways attack of classic rock tropes to Herrema’s near-constant vocal sneer — it is almost impossible to mistake them for another band. Every incarnation is its own multivalent reward, its own strain of WTF, from the drum machine-led Pussy Galore side-project years to the doped-up, tape-chopped, San Francisco double-album opus years, to the indie-rock-royalty years and the “Seriously? Virgin is putting out their albums?!?” years. (That would be 1995’s Thank You, with Neil Young producer David Briggs, and 1997’s contract-nuking Sweet Sixteen and its famously repulsive sleeve.)

We are discussing the period right after Sweet Sixteen when Hagerty and Herrema, no longer with Virgin, decamped to their farm house and home studio in Castleton, Virginia (thank you, Virgin money!) to lay down Accelerator, the alleged third volume in a conceptual trilogy reflecting on the ’60s, ’70s and ’80s. “Those sorts of ideas were there just to keep us focused and on task,” Jennifer says now of that (extremely loose) concept. “We could fuck around forever. Nothing would ever be done unless we set up these ways of working.”

Royal Trux’s discography is easier to get a handle on if you organize their work by rhythm section. “That’s been true since the beginning,” Hagerty says. “Neither of us play the drums, so we got into the habit of conforming to what [a drummer] brought to the thing, what kind of music they liked and how close they could get to approximating that sort of music.” The Accelerator tour featured former Slint guitarist Dave Pajo on bass (a gig he now holds down with Yeah Yeah Yeahs) and a then-little-known drummer named Jon Theodore, most recognizable of late for a long stint in the Mars Volta and his current job with Queens of the Stone Age. Hagerty and Herrema saw Theodore playing with Golden at the Indie Rock Flea Market in northern Virginia, where Herrema manned the kissing booth (no, really), an idea Herrema says she was not wild about at the time.

“I was like, ‘fuck that,'” she recalls. “So I went to see some of the bands. Nobody was paying attention, but I thought, ‘This is the most rad drummer I have ever seen in my life.’ He was amazing.” 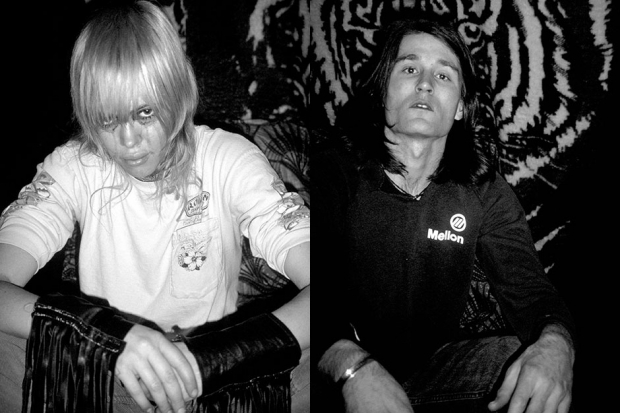 By the time the Accelerator tour came around, “Jon was footloose or whatever, so he joined up,” Hagerty adds. “He really liked ’70s Rush a lot on the one hand, and then like Hendrix and drum loops on the other. He went to Oberlin; he was kinda brainy.” Both Hagerty and Herrema say the band began to work out songs for what became the 3-Song EP and Veterans of Disorder while on tour.

The song “Second Skin,” for example, was inspired in part by some creep who trailed their van after a show in L.A. “He was really fucked up and following us for a long time,” Herrema says. “Neil was like, ‘We gotta shake this guy,’ and he made a turn. The guy noticed the turn late, tried to follow and drove right up on the sidewalk and hit a light post. There was a cop right there. We kinda slowed down and just left. I wrote ‘Second Skin’ the next day.”

There were also more banal inspirations. “It was sometimes about what we were listening to in the van or whatever,” Neil says. “‘Witches Tit’ [from Disorder] was like Fleetwood Mac or Tull kinda shit.” The band cranked out the 13-minute, groove-tastic 3-Song EP in one April afternoon in 1998. It and Accelerator arrived in stores within a week of each other. While those two records were clear reflections of the band on the road or at home in the studio, Disorder is the sound of wanting to get out of the house.

Take, for instance, the song “Waterpark.” “After we got back from the Accelerator tour, my sister was in town, so she and I went to this water park in Manassas,” Herrema recalls. “We fucked around, had a good time, and while we were driving back, this cop pulled us over. I had the tour van and I didn’t have anything on me, but he was still like, ‘Get out of the car.'”

Fortunately, the officer received another call and split. “But he left his hat on the van, so we took it home,” Herrema says. “By that time, I was wide awake, and I just wrote down the lyrics and told Neil. He was like, ‘Oh, this one is easy.'”

(The punchline? “The only phone number in the area with Herrema was my mom’s in D.C.,” Herrema explains. “He called her at like 3 a.m. and woke her up, and my mom is thinking, ‘Oh my God, my daughter is dead.’ Instead, she is yelling, ‘I don’t have your fucking hat.’ She filed a complaint.”)

By the time the band made Veterans, a few things had changed. Instead of Theodore, Ken Nasta — who played on Accelerator — was back in the fold, along with Chris Pyle. Sometimes they played together, adding conga and timbales to the songs. And instead of hunkering down in the home studio, the band would often work on stuff at random local studios in Warrenton and Richmond, Virginia. “We were starting to get a little batty in the house,” Hagerty says. Nevertheless, recollections about the sessions remain hazy. 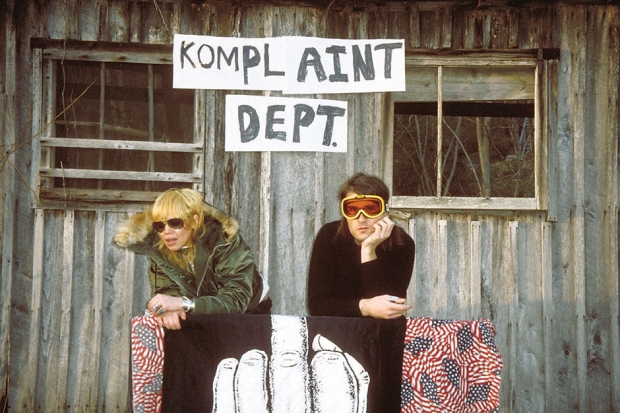 “We had all these photos in the artwork that were supposed to go with each song,” Herrema says, “It was crystal clear at the time; there was a real logic to it. Now neither one of us can remember which photo goes with which song.”

Herrema also notes that Veterans was designed to act like a singles collection, a sum of their influences. “The songs can stand alone, they can exist out of the album’s context really well, I think,” she says. “On earlier albums, we reigned it in; we would only tap into a few influences. On Veterans, we could give each song its own reference point.”

Unfortunately, Veterans was also the beginning of the end. “[Those albums] were just supposed to be another step along the way,” says Hagerty. “Those albums were supposed to be links in a chain. But looking back, they’re almost the end of the road.” The band released one more album, Pound for Pound, in 2000, then came to a crashing halt during the summer of 2000 after some canceled tour dates and Herrema’s relapse. Royal Trux were declared dead in the spring of 2001.

Hagerty says he would have been perfectly happy to be on a major again. “It was like we are just gonna work our way back up it and keep doing the same thing we had always done,” he says. “We’re not really sincere as it is, so we didn’t really have anything to lose.”