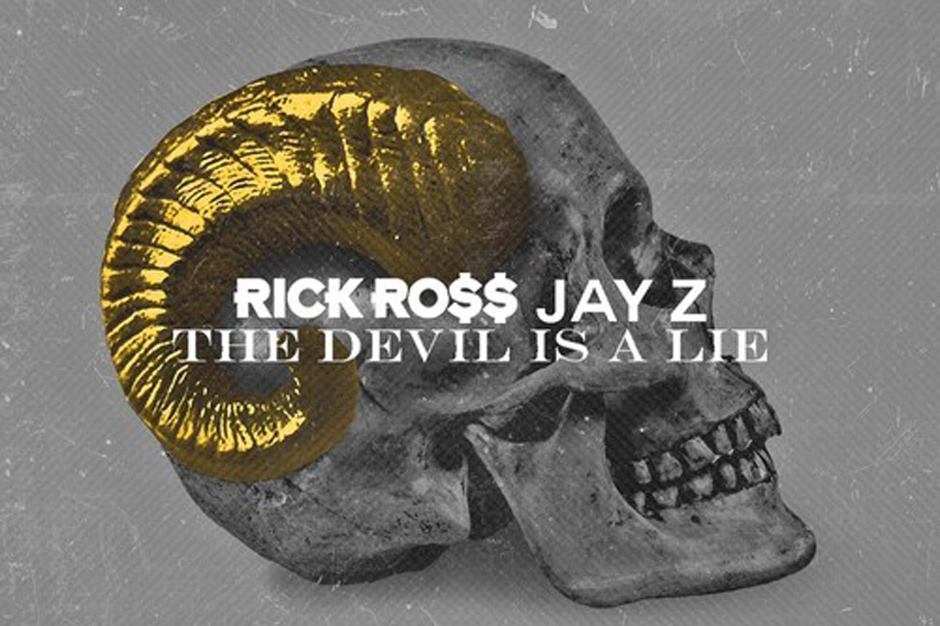 Rick Ross and Jay Z both made SPIN’s 2013 Hall of Shame and now they come together again on “The Devil Is a Lie.” On his new single, the Bawse wisely avoids retreading his 2013 misfires (namely, the rape-celebrating verse of “U.O.E.N.O.”), but Hova can’t pass up a chance to raise the flag of victory over his controversial team-up with a certain high-end retailer accused of racial profiling:“You seen what I did to the stop and frisk / Brooklyn all in Barneys like we own the bitch / Giving money to the hood now we all win / Got that Barneys floor looking like a V.I.M. / Black hoodie, black skully.”

Both of which go very nicely with a $58,000 crocodile-skin jacket, by the way. To the man’s credit, the money is indeed going to charity. Meanwhile, Ross continued to floss, as is his wont, managing to shout-out Walmart in the same couplet that also name-drops “bordeaux” and the word “Benzo” twice. Stream this opulent ish below, a follow-up to their Magna Carta Holy Grail collab “FuckWithMeYouKnowIGotIt,” below. But don’t tell Lorde: