Pixies Fired Kim Shattuck Via a Phone Call From Her Manager 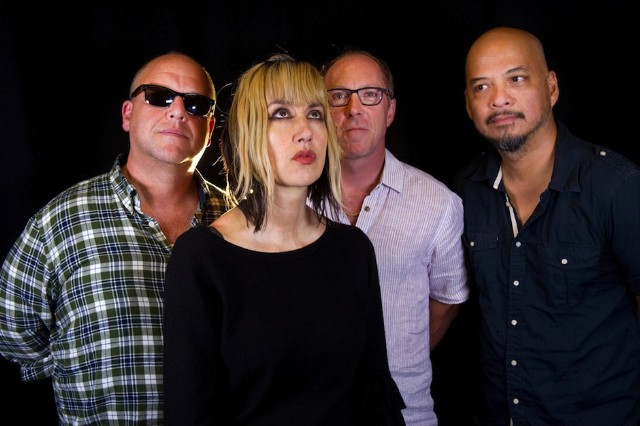 When the Pixies broke up the first time, more than 20 years ago, Black Francis famously told his bandmates via fax. When the revived group parted ways with touring bassist Kim Shattuck in November, the method wasn’t a whole lot more personal: They said goodbye at the airport, and then the next day her manager called to say she’d been replaced. That’s what the longtime bassist for sharp-fanged Los Angeles power-poppers the Muffs told NME.

Shattuck said she had an oral agreement to tour with the Pixies into next year. “I was surprised,” she told NME. “Everything had gone well, the reviews were all good and the fans were super-nice about everything. They were like, ‘We love you, New Kim!'” She added: “We said goodbye at the airport and the following morning the manager called me and said: ‘The band has made the decision to go with another bass player.’ I was shocked.”

Shattuck was named four months earlier to replace founding member Kim Deal, who’d recently quit the Pixies (by fax or by manager phone call? We just don’t know!). The Pixies have since found a formidable successor to Shattuck in Paz Lenchantin, former bassist for A Perfect Circle and Zwan.

Asked to guess why she’d been fired, Shattuck suggested she might’ve been just too demonstrative for the Pixies. “I get the feeling they’re more introverted people than I am,” she told NME. “Nobody really talked about deep issues, at least out loud. There was a show at the Mayan in Los Angeles where I got overly enthusiastic and jumped into the crowd, and I know they weren’t thrilled about that. When I got offstage the manager told me not to do that again. I said, ‘Really, for my own safety?’ And he said, ‘No, because the Pixies don’t do that.'”

As for Shattuck’s other projects, the Muffs plan to release a new record in February 2014, according to the group’s Twitter account. And she’s admirably classy about the whole thing, telling NME: “I would have preferred it if they told me face to face as a group, but they’re nice people. I’m still a fan of the Pixies!” Life to the Muffs.