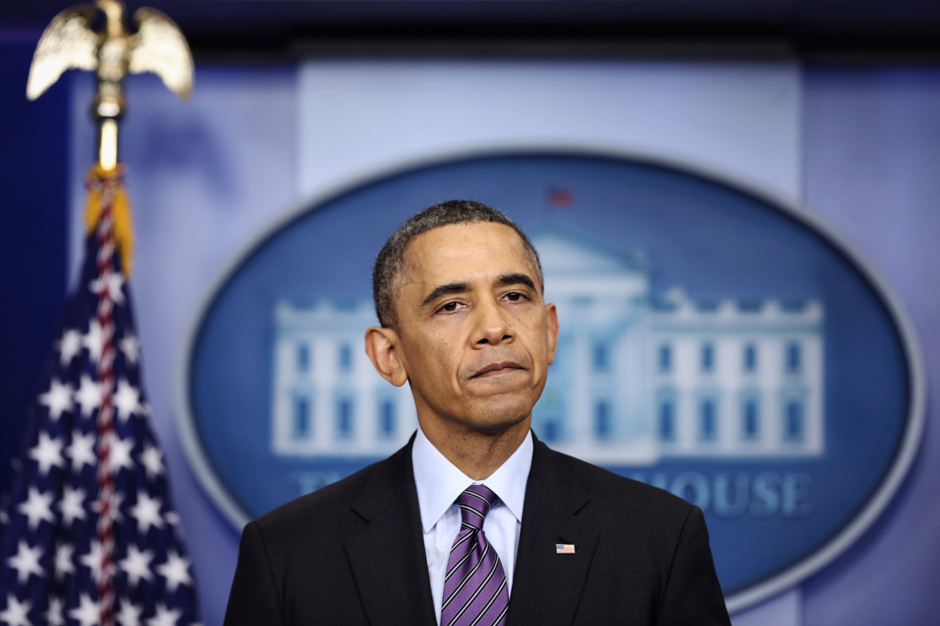 Barack Obama addressed the death of South African leader Nelson Mandela, 95. In speaking of the history-altering freedom fighter, the President used the man’s Xhosa clan name, Madiba, and credited him with having “bent the arc of the moral universe toward justice.” Obama called Mandela “profoundly good,” and said that he “achieved more than can be expected of any man.” Indeed, the late revolutionary went from prisoner to president of his own nation, and saw to the end of apartheid. That, of course, was only the beginning.

Obama shared two quotes from Mandela, opening with one of his most inspiring: “I have fought against white domination, and I have fought against black domination. I have cherished the ideal of a democratic and free society in which all persons will live together in harmony with equal opportunities. It is an ideal which I hope to live for and if need be, it is an ideal for which I am prepared to die.”

To that, the President added, “He lived for that ideal, and he made it real.”

In a moment of personal reflection, Obama said that his very first policital act was directly inspired by Mandela — his participation in an anti-apartheid protest. He said that he studied the South African icon’s actions and writings, and that, “So long as I live I will try to learn what I can from him.” Before calling for a moment of silence, the President shared his family’s condolences with Mandela’s and addressed the people of South Africa. “Let us pause and give thanks for the fact that Nelson Mandela lived.”