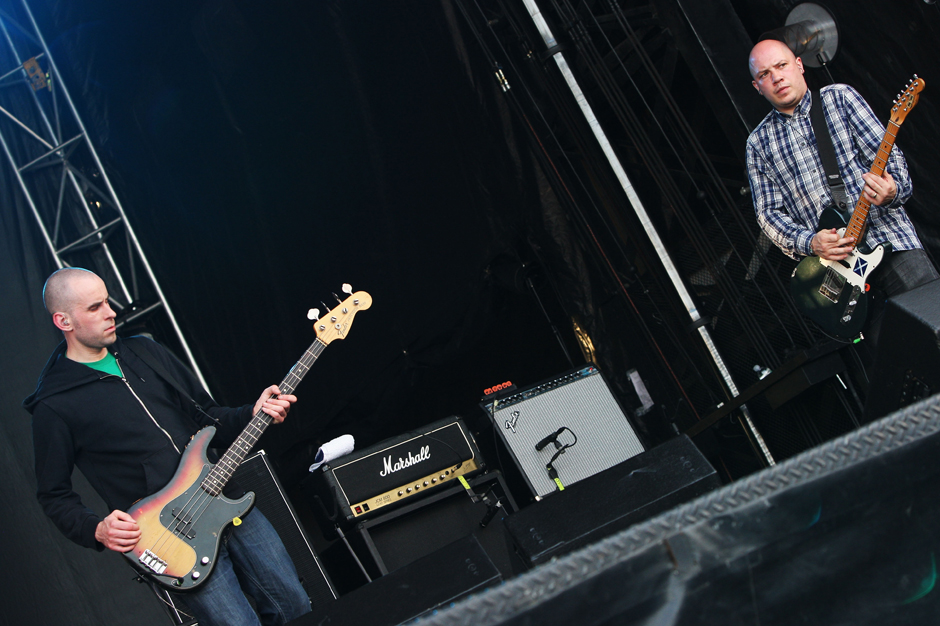 On January 21, post-rock luminaries Mogwai will return with Rave Tapes, the follow-up to 2011’s Hardcore Will Never Die, But You Will. The Scottish five-piece, who took a detour from their regular output earlier this year to soundtrack French zombie show Les Revenants, have announced that they’re releasing their next studio LP as a limited-edition box set.

Restricted to just 500 copies, the North American version of Rave Tapes: Deluxe Box Set will arrive via Sub Pop and come housed in a hardcover case featuring exclusive artwork. The expanded release includes a “Loser Edition” vinyl (translation: a colored-vinyl pressing); a bonus 7-inch containing a new, non-album track with an art etching on the B-side; an extra 12-inch colored-vinyl collecting two new non-Rave Tapes tracks not available anywhere else; three 12-inch-by-12-inch prints of cover art from the three pieces of vinyl; a 40-page hardcover book of in-studio photography taken by Steve Gullick during the Rave Tapes recording sessions; and a CD copy of Rave Tapes, along with digital download codes for the two bonus vinyl slices.

Pre-orders for the $80 box set are currently available through Sub Pop. For a peek at Mogwai’s next full-length, stream the synthy track “Remurdered” and watch the Hawaii-set music video for vocoder-assisted meditation “The Lord Is Out of Control.”