Tickets for May 10 "Cinquanta" go on sale Friday, December 6 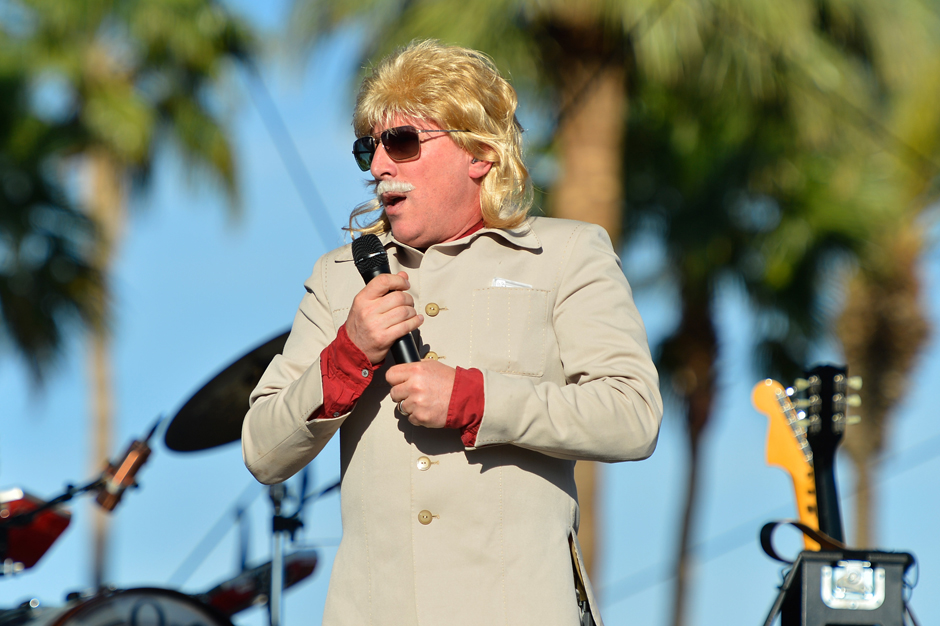 Maynard James Keenan turns 50 next spring, and the alt-metal icon is celebrating with a special concert at the Greek Theatre in Los Angeles. Dubbed Cinquanta, the event will take place on Saturday, May 10, and feature live performances by two of Keenan’s bands, Puscifer and A Perfect Circle. Also on the bill is recently reunited art-rock unit Failure. According to a statement from Keenan, the band joined after he personally asked them to as a birthday gift.

“This was the perfect opportunity to tick off one of my bucket list items in the form of a Failure reunion,” Keenan said. “What better birthday present could one ever hope for?”

Tickets for the shindig go on sale on Friday, December 6, at 10 a.m. PST. A VIP package promising preferred seating and commemorative merch will also be available here on December 5 starting at 10 a.m. PST.

Aside from hitting the big 5-0, MJK has plenty to be happy about: Puscifer recently released its concert film-meets-mockumentary DVD What Is…, and in October, A Perfect Circle unleashed its first song in nine years, “By and Down.” APC also just dropped a career-spanning box called A Perfect Circle: Featuring Stone and Echo.

That set collects live versions of the supergroup’s three studio albums (2000’s Mer de Noms, 2003’s Thirteenth Step, and 2007’s eMOTIVe) and includes the 20-track Stone and Echo live LP recorded at Colorado’s Red Rocks Amphitheatre in 2011) in both album and DVD form. For a glimpse at the retrospective, stream A Perfect Circle’s live mashup of Ozzy Osbourne’s “Diary of a Madman” and the Cure’s “Lovesong.”