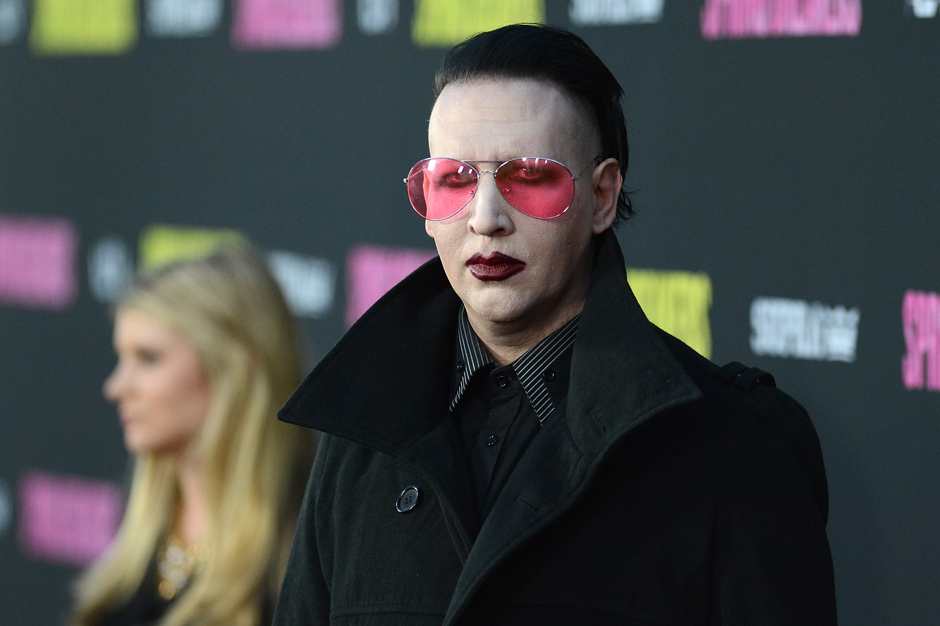 Bret Easton Ellis recently welcomed his friend and collaborator Kanye West as the very first guest on his podcast. Over the course of a two-part interview, the man behind SPIN’s 2013 Album of the Year talked about some of his favorite films and television shows, and also declared himself a “creative genius,” even though he can’t always spell “creative genius” properly. Now, Ellis has shared a portion of the second interview recorded for the Bret Easton Ellis Podcast, a lengthy talk with Marilyn Manson.

Like the conversation with ‘Ye, Ellis’ discussion with Manson focuses largely on movies and TV. In the first half of a two-part segment, Manson shares his thoughts on Harmony Korine’s Spring Breakers (he also reveals his impression of James Franco’s Riff Raff-like Alien), admits to crying when he watched The Notebook, remembers that time he binge-watched Lost while on tour, tells a story about getting hit on by Daryl Hannah, and listens as Ellis gushes about The Hunger Games: Catching Fire.

Manson — who, of course, is sipping absinthe throughout the interview — also recalls the recording process behind his Gucci Mane collaboration, “Pussy Wet,” and talks a bit about hypocrisy related to the Bible, which he compares to “a very violent screenplay.”

“It’s more violent than anything, it’s also the biggest selling book in the history of mankind,” Manson says of the Good Book. “Jesus is a half-naked guy, hanging, nailed to a cross, and then people wear that around their neck, and then those are the people that are upset about violence in movies.”

Listen to the full hour-long episode by heading over to the Bret Easton Ellis Podcast website.