For children who came into consciousness in the second half of 2013, being told there was a time when Kanye West didn't give interviews is probably something like hearing that old parental chestnut about walking uphill both ways to get to school — it seems physically impossible, but there's a lesson in there somewhere. Yes, on June 18, SPIN's Album of the Year Yeezus arrived, and its author broke his media silence in a very big way. West initially made headlines for declaring that he is a god (see: "I Am a God") and perhaps he took note of the reaction, because the rapper spent the next six months comparing himself to different people who managed to change the course of the world. 'Ye has gone to a lot of trouble to fit into some very big shoes, so we thought we'd help him out with the rest of the outfit. Here is Kanye West as 15 of the more outrageous characters he's likened himself to this year. 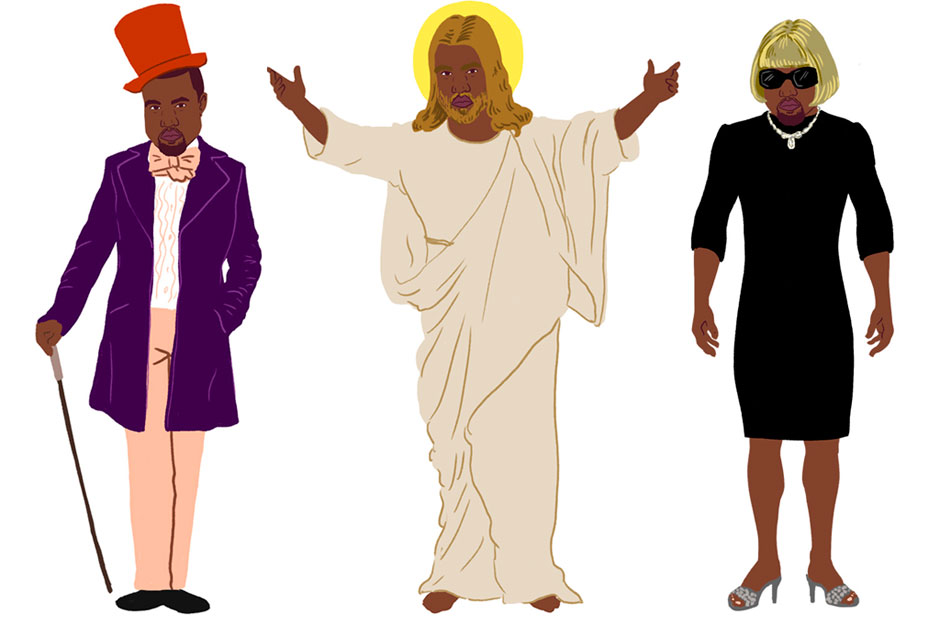 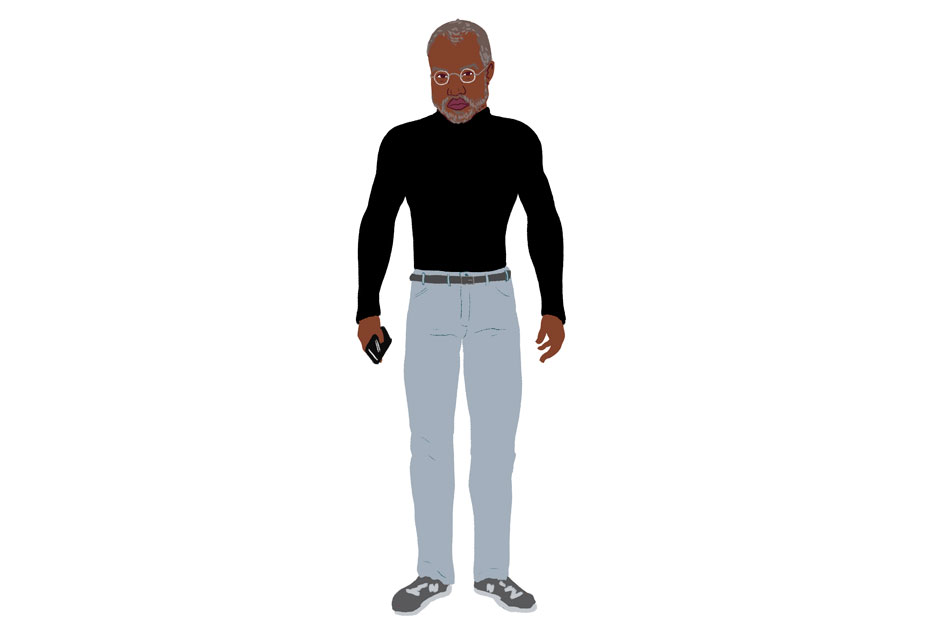 The death of Apple's beloved CEO becomes a reference point for his own legacy:

"I think what Kanye West is going to mean is something similar to what Steve Jobs means. I am undoubtedly, you know, Steve of Internet, downtown, fashion, culture. Period. By a long jump. I honestly feel that because Steve has passed, you know, it's like when Biggie passed and Jay Z was allowed to become Jay Z ... I will be the leader of a company ... worth billions of dollars, because I got the answers. I understand culture. I am the nucleus." 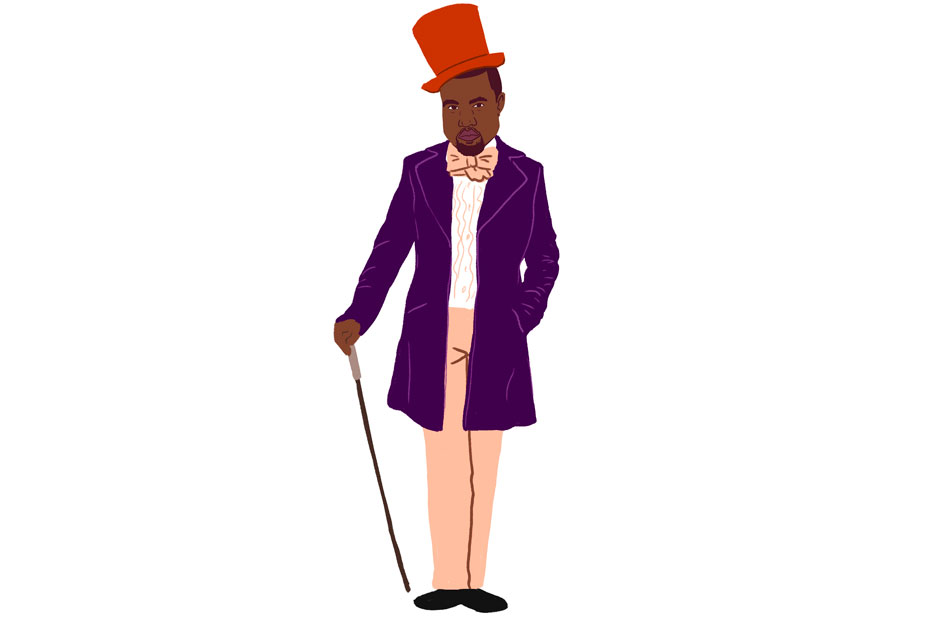 Because Jobs was too on-the-nose, West becomes a fictional candy auteur (and human drug subsitute):

"I want to be as unrealistic as possible. The worst thing about me comparing myself to Steve Jobs is that it's too realistic of an idea. What I need to say is I'm more like Willy Wonka... I’m trying to get as close to a dream state as possible. That's the reason why people be doing yoga, drink, smoke weed, pop molly." 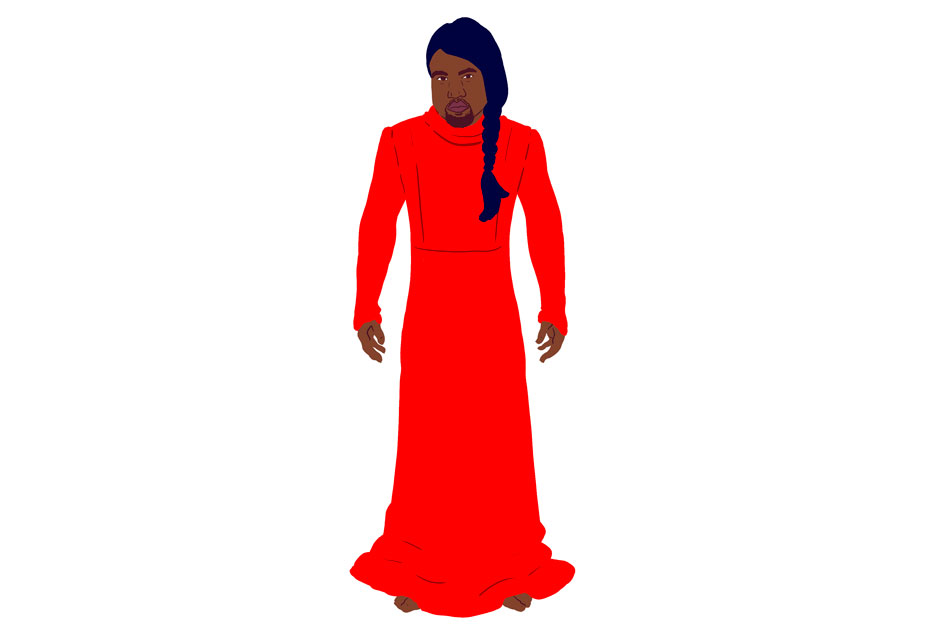 On Jay Z's favorite dancing partner/performance artist, in defense of the "Bound 2" video: 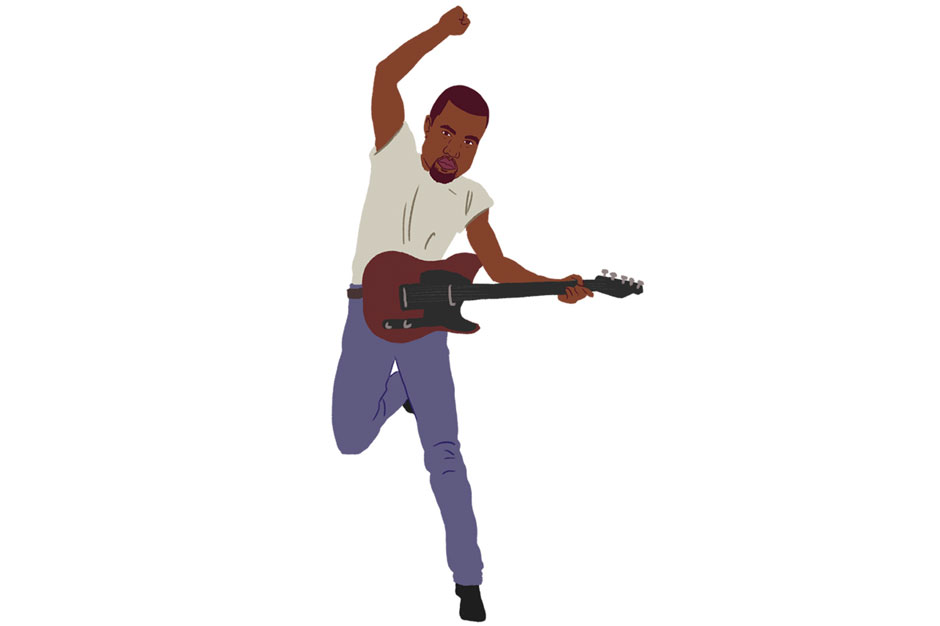 In a world where Yeezus is Nebraska, West is the Boss and his supposed 2014 follow-up is, well, we'll let him finish:

"Bruce Springsteen dropped this album called Nebraska and right after that he did Born in the U.S.A. This next one, I have a feeling, because of what we did right now, has to be Born in the U.S.A." Dig into 1982's equivalent of "New Slaves" below. 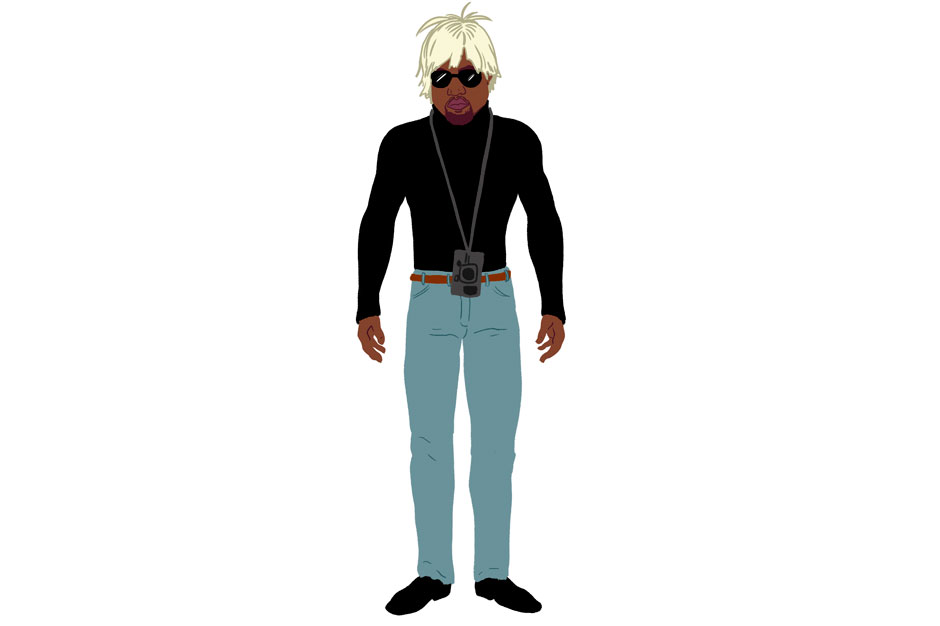 In a special message to Nike's CEO, he is the polarizing King of Pop Art:

"Mark Parker ... I will still accept an investment in DONDA. I've got some more ideas that don't involve shoes [so] if you guys are investing in the arts I am standing up and I'm telling you. I. Am. Warhol. I am the number one most impactful artist of our generation, in the flesh." It seems Adidas agrees — to the tune of $10 million. 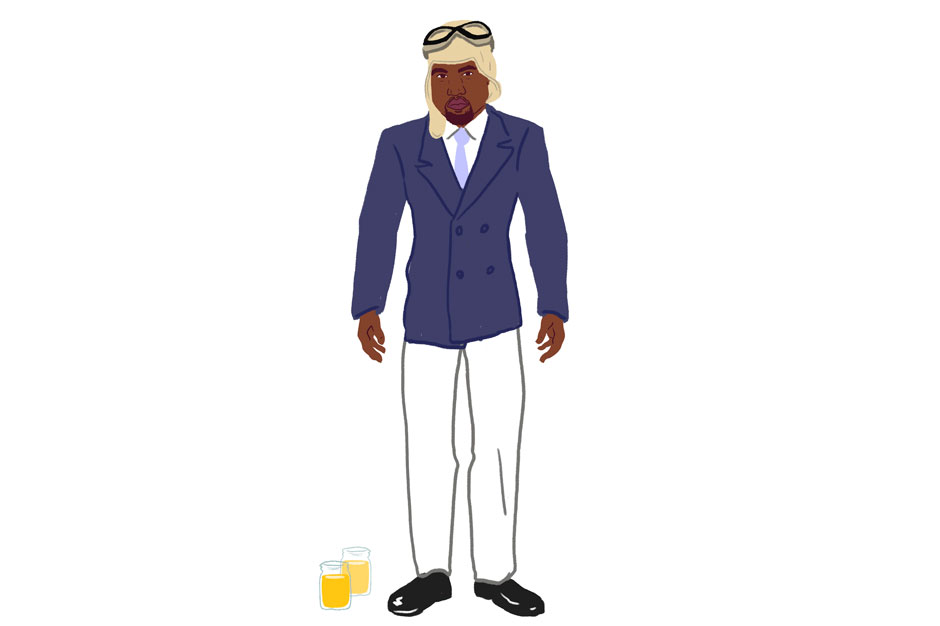 "I've been connected to the most culturally important albums of the past four years, the most influential artists of the past 10 years. You have like, Steve Jobs, Walt Disney, Henry Ford, Howard Hughes, Nicolas Ghesquière, Anna Wintour, David Stern. I think that's a responsibility I have ... to show people: 'This is the level that things could be at.' When you get something that has the name Kanye West on it, it's supposed to be pushing the furthest possibilities." 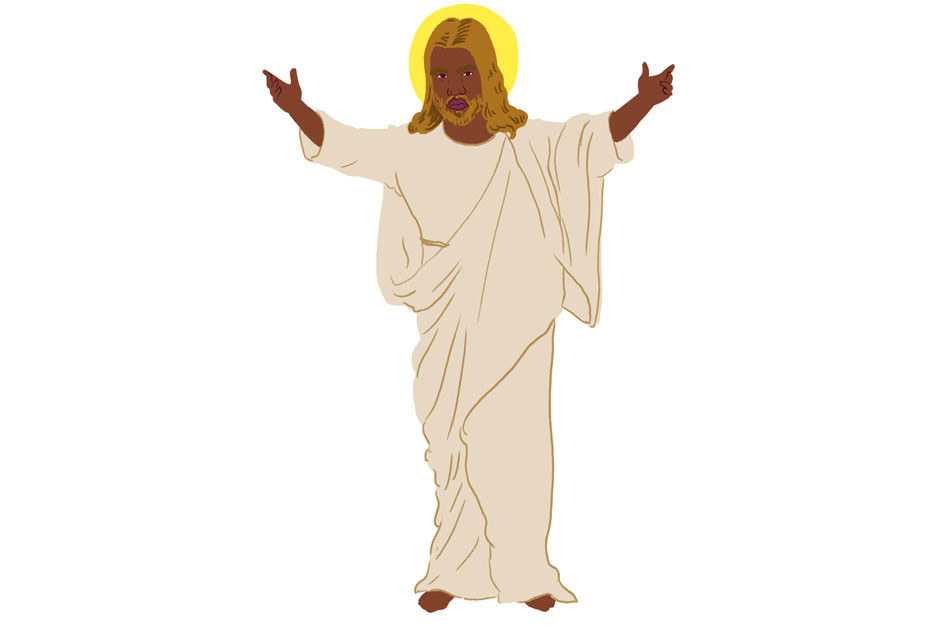 He's a lot like the Son of God, and (ironically) doesn't know how Halloween works:

"I'm Christian, and I'm hip-hop ... There 's people who wore a Mercedes Benz logo because they couldn't afford a Mercedes Benz. Or, you seen all type of commercials growing up and you wanna be like Mike.* For me, I wanna be like Christ. That's not to say [I have] a god complex. But like, if people pick a favorite Halloween character it's like, that's what I would pick! Don't people pick people that they look up to?"

*West has also called himself "The Michael Jordan of music" 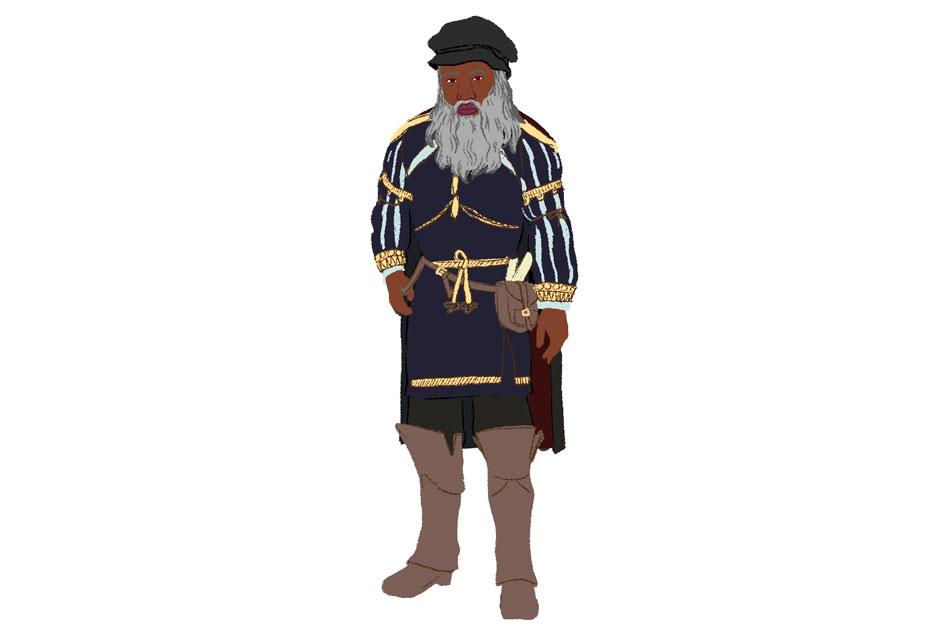 The Renaissance-era polymath (painter, sculptor, architect, musician, mathematician, engineer, inventor, anatomist, geologist, cartographer, botanist, writer) gets his due on Kimmel alongside some of the others illustrated here:

"I mean, taste, culture, art, just the quality of life, this is what I’m here to do. So when I compare myself to Steve Jobs, Walt Disney, Howard Hughes, David Stern, Michelangelo, da Vinci, Jesus, whoever it is, I say these are my heroes, these are people that I look up to, this is the type of impact I want to make on the Earth." 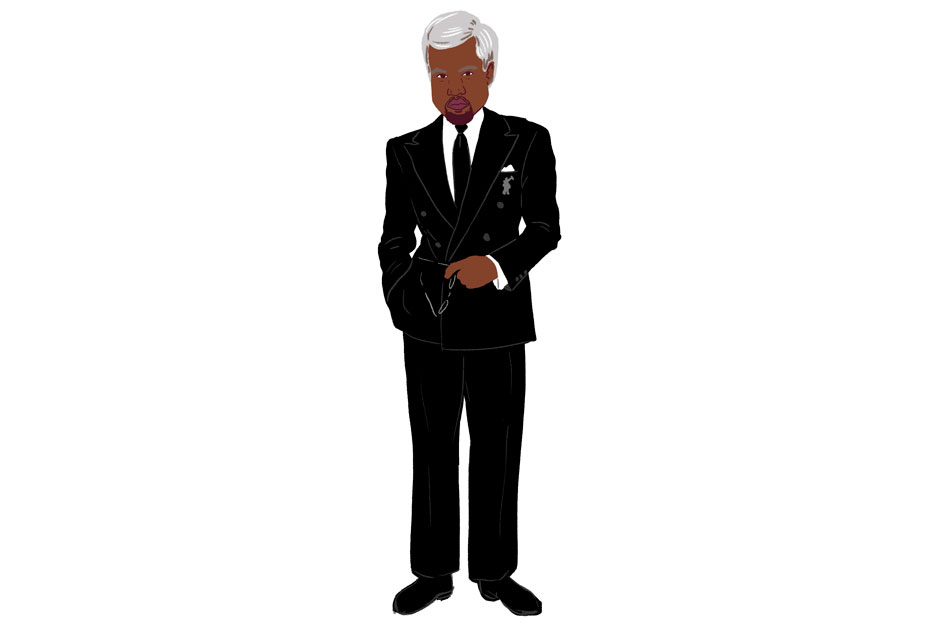 West becomes the influential designer in a scenario in which he's also Christ with paparazzi Apostles:

"When you think of Polo, you got the story that Ralph Lauren is giving you ... you think about the pictures of him and his wife [and] all the ads he puts up. You think about an urban line and it might just be a picture of someone standing in front of a car. It's not a good story. The greatest story is Christianity, the Bible. That's a deep story that can last forever. Ralph Lauren tried to create his own Bible, and the reason ... I'm going to be the next Ralph Lauren is that everyone is looking at my story now. I can hate the paparazzi all I want, but they're telling people the story." 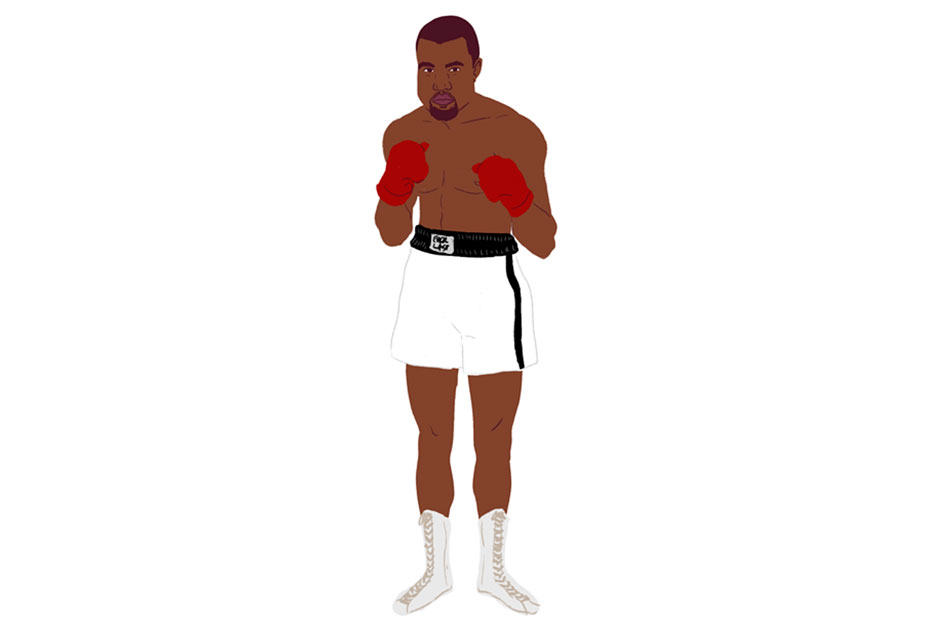 To be fair, the man really does have a knack for left hooks literal and figurative:

"I'm just going to give y'all the truth and you're going to learn to love it. My grandfather loved Ali until he died, and my grandmother hated Ali till she passed. You are going to love me, or you're going to hate me, but I'm going to be me." 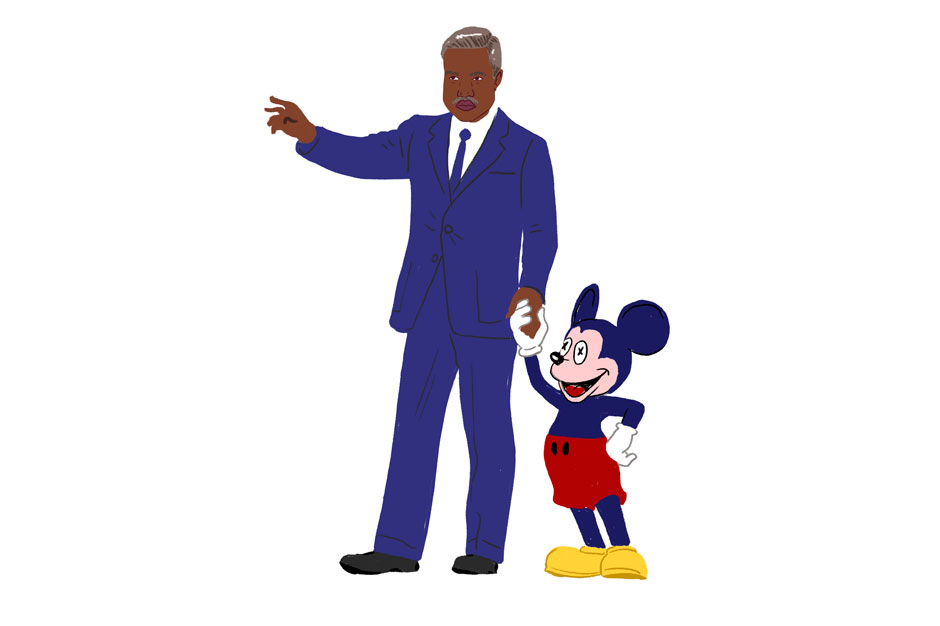 On being like Walt Disney, who was a poet, er, playwright, um, rock star or something:

"I'm more of a Walt Disney or something. Rap is just a chamber of my thoughts. It's something that I really wanted to express as a modern-day poet. Because, if I had lived in a past lifetime maybe I would have been a playwright or something but in this lifetime, to be the most pertinent and the most relevant is to be a rap rock-star." 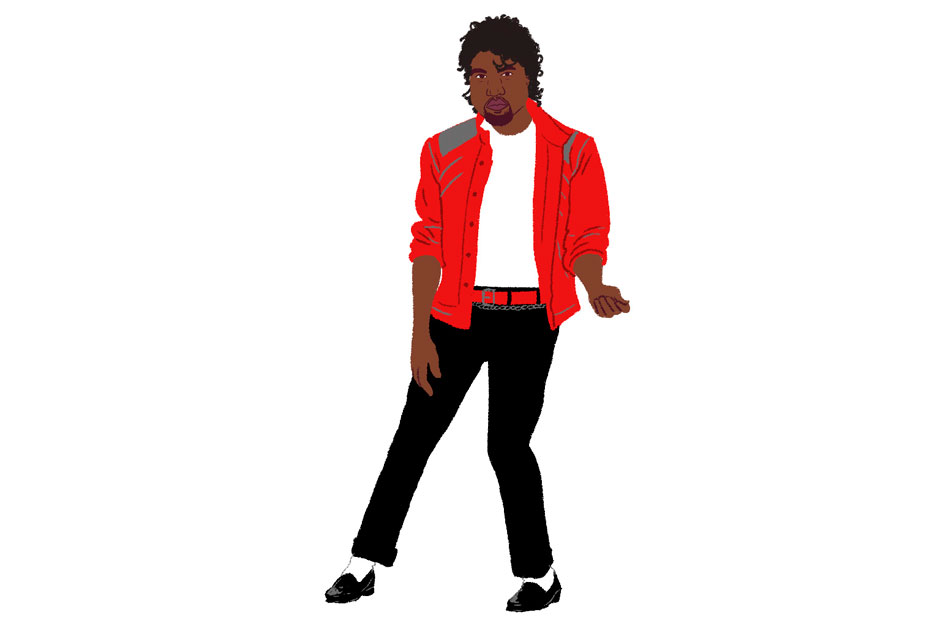 Yeezy is either the Fashion Game Michael Jackson or the King of Pop is the Rap Game Kanye West:

"Michael Jackson had to fight to get his videos on MTV because he was considered to be urban. So for me, think about this, when I'm in Paris and I'm sitting in fashion week for nine years and South Park makes fun of our outfits or people don't understand why I'm there and I'm getting called names — stuff you can't even say on TV — and I still can't break that wall down, at a certain point it's like Michael Jackson trying to get his videos on." 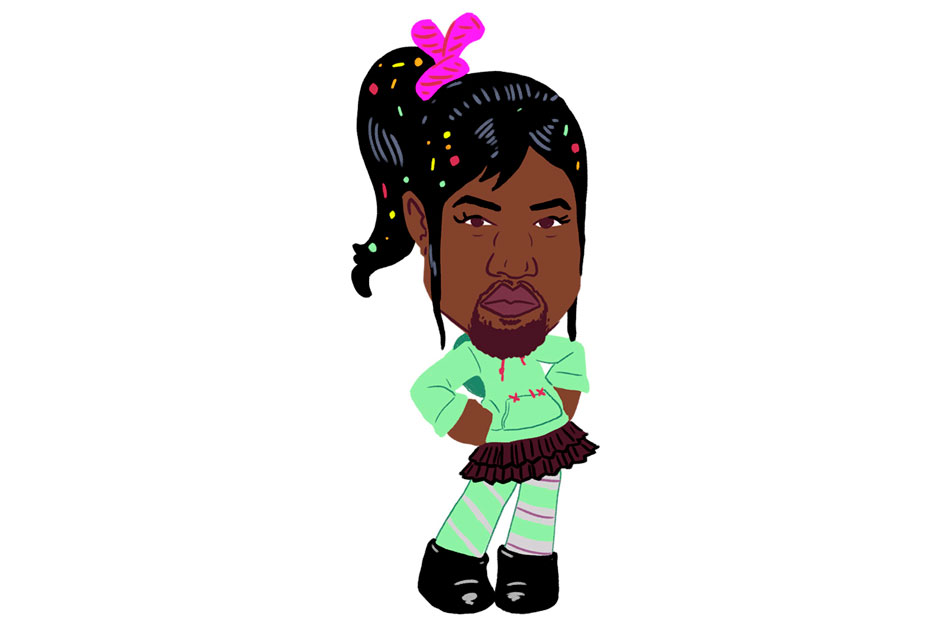 West admits to being cartoonish (and/or Sarah Silverman, and/or Neo in The Matrix): 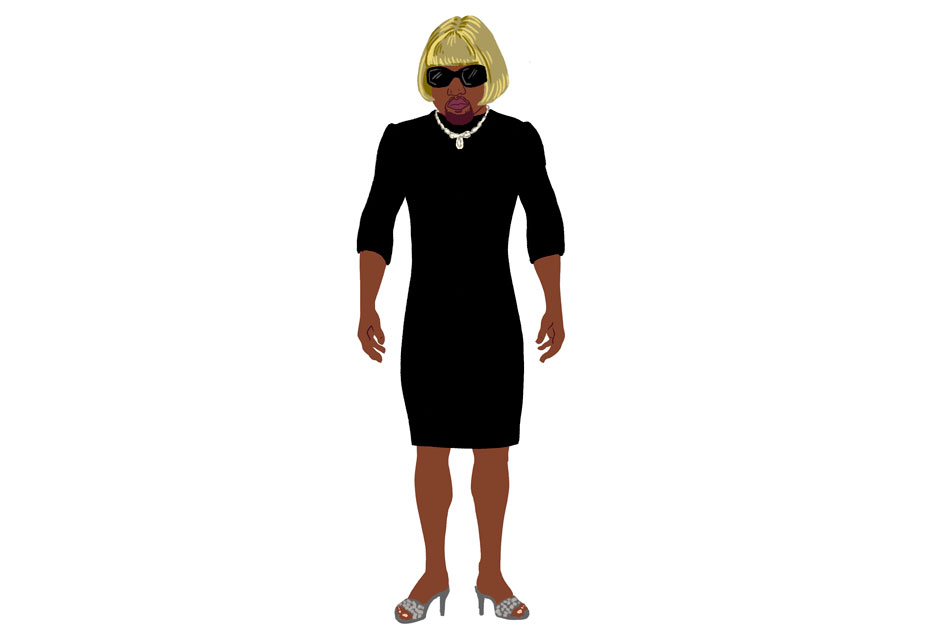 The Vogue editor-in-chief got her comparison alongside Howard Hughes, so here's a clutch namedrop instead:

"Whether I'm at a dinner with Anna Wintour, or a listening session with Pusha, or me and Virgil [Abloh, of DONDA] are in Rome giving our designs to Fendi over and over and getting them knocked down... [We] brought the leather jogging pants six years ago to Fendi, and they said no ... How many motherfuckers you done seen with a leather jogging pant? [We are] culture. Rap the new rock'n'roll. We the real rock stars and I'm the biggest of all of them." 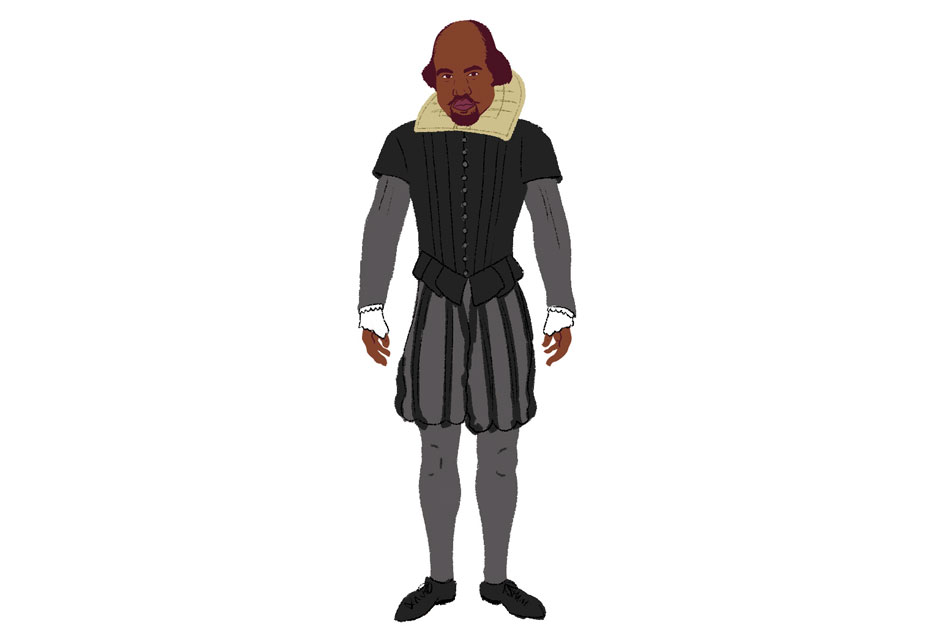 The greatest writer in the history of the English language? Why not? Huh, Nike? Huh, Sway?

"I am Shakespeare, Walt Disney. Nike. Google. Now who's gonna be the Medici Familiy and stand up and let me create more?" Again, that'd be Adidas. The rest of us can sit down and watch West freak out. Rant at 16:50.