Iron Maiden Made Millions Playing to Fans Who Stole Their Music 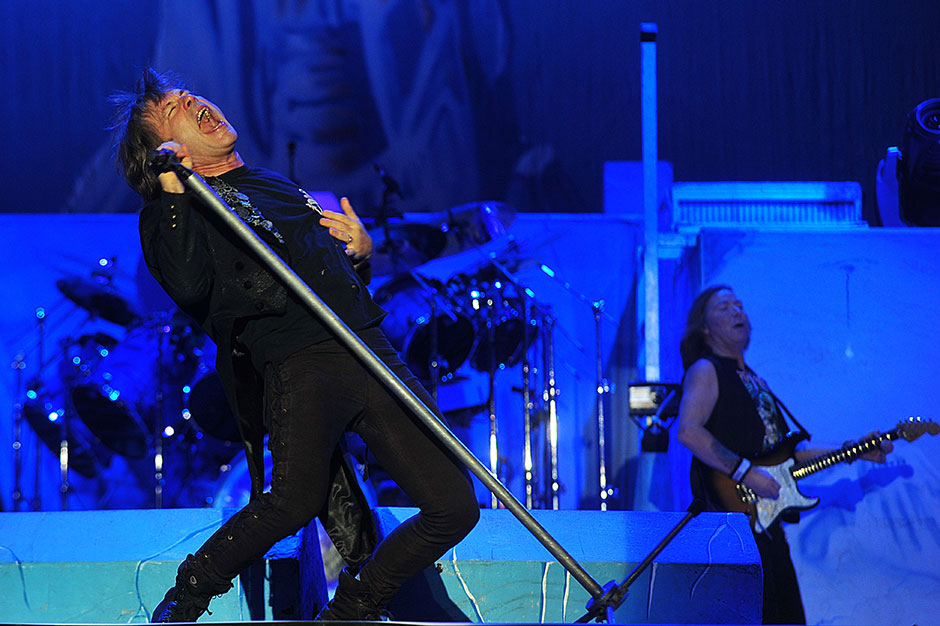 UPDATE: Musicmetric’s head of PR, Andrew Teacher, has issued a statement saying that the company never worked directly with Iron Maiden and that the CiteWorld article referenced below is “sadly not substantiated.” According to the now-updated CiteWorld post, the Musicmetric analysis “was carried out without the band’s participation or knowledge… [with] no confirmation that the band ever saw or used it.” Find the full statement from Musicmetric below.

Different members of the entertainment industry cope with file-sharing in different ways. The Motion Picture Association of America sees that isoHunt gets shut down. The Recording Industry Association of America demands that Google remove nearly 10 million links from its search results. Iron Maiden, on the other hand, gives the people what they want: music.

As CiteWorld points out, the heavy metal titans have adopted a novel tactic to make up for revenue lost to online piracy. Iron Maiden uses the analytics service Musicmetric to map out the countries where its music most popular. Then, in an obvious yet cunning marketing strategy, the band adjusts its tour schedule to play those countries.

Case in point: Musicmetric found that, in recent years, Iron Maiden’s popularity has risen in South America. Brazil, Venezuela, Colombia, Chile, and Mexico were ranked among the countries with the most Iron Maiden Twitter followers, and Brazil reportedly brought in a significant amount of BitTorrent traffic for the group. Sensing an opportunity, Iron Maiden has focused heavily on South American tours as of late, raking in tons of cash from ticket sales and merchandise. According to CiteWorld, a single show in São Paulo grossed $2.58 million for the band.

“If you know what drives engagement you can maximize the value of your fan base,” says Gregory Mead, CEO and co-founder of Musicmetric. “Artists could say ‘We’re getting pirated here, let’s do something about it,’ or ‘We’re popular here, let’s play a show.'” Mead says that by choosing the latter, “Maiden have been rather successful in turning free file-sharing into fee-paying fans.” Take note./p>

We never stated or implied that Iron Maiden had used our analytics to plan its tours. The Guardian correctly published Musicmetric data showing the band’s Bit Torrent and social engagement after the band was named one of the UK’s fastest growing companies a London Stock Exchange report. They were far older than many newer names in the report and we wanted to see why Maiden were in there. The data provided an interesting insight, showing just how many fans they’d added through intense touring across emerging markets and highlighting via Bit Torrent data precisely where they were popular.

This is precisely how Musicmetric’s analytics are used by artist managers and labels: to see where their artists are popular and what drives that popularity.

However, the CiteWorld story is sadly not substantiated. It is a follow up of a Guardian piece and it misrepresents our position by stating that the success was down to use of analytics, which we simply never said nor implied.

Musicmetric never said Iron Maiden had used its data to plan a tour — we simply said where the band was popular and stated that Bit Torrent data generally, could be useful to see precisely where an act is popular.