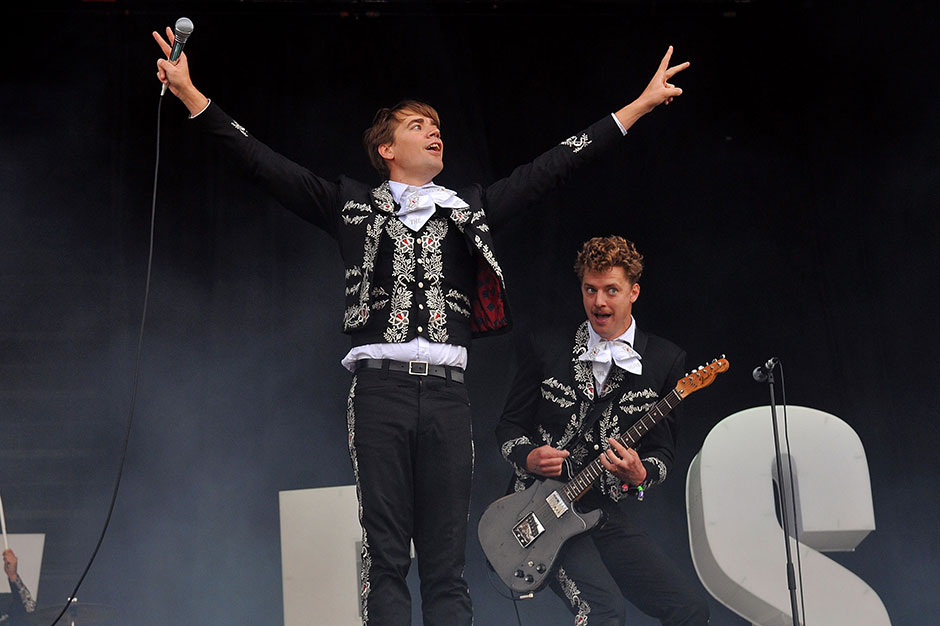 The Hives have apologized for dedicating a song “about stuff blowing up” to Boston, just months after the city was the site of a tragic bombing that killed three people and injured hundreds. As Boston’s CBS Local reports (via Stereogum), the Hives were opening for Pink at TD Garden in Boston on December 5 when lead singer Howlin’ Pelle Almqvist told the crowd, “This song’s for everyone in Boston. It’s about stuff blowing up. It’s called ‘Tick Tick Boom.'”

To make up for the cringe-worthy faux pas, Almqvist issued an apology on the band’s Facebook on December 6. “About last night: I wanted to dedicate a song to the Boston crowd because they had been so great throughout the show, and unfortunately ‘Tick Tick Boom’ was the next song in the set,” the statement reads. “The tragic Boston Marathon bombing never once crossed my mind while on stage, and of course it should have. My most sincere apologies to the people of Boston for this unintentional but serious mistake.”

“Tick Tick Boom” first surfaced as the opening track to the Hives’ 2007 full-length, The Black and White Album. In 2012, the Swedish five-piece finally followed that LP with their fifth album, Lex Hives. That latest record yielded a pair of singles and music videos (“Go Right Ahead” and “Wait a Minute”). Revisit the video for “Tick Tick Boom” below: