Gucci Mane Could Get 20 Years for Threatening Cops With Guns 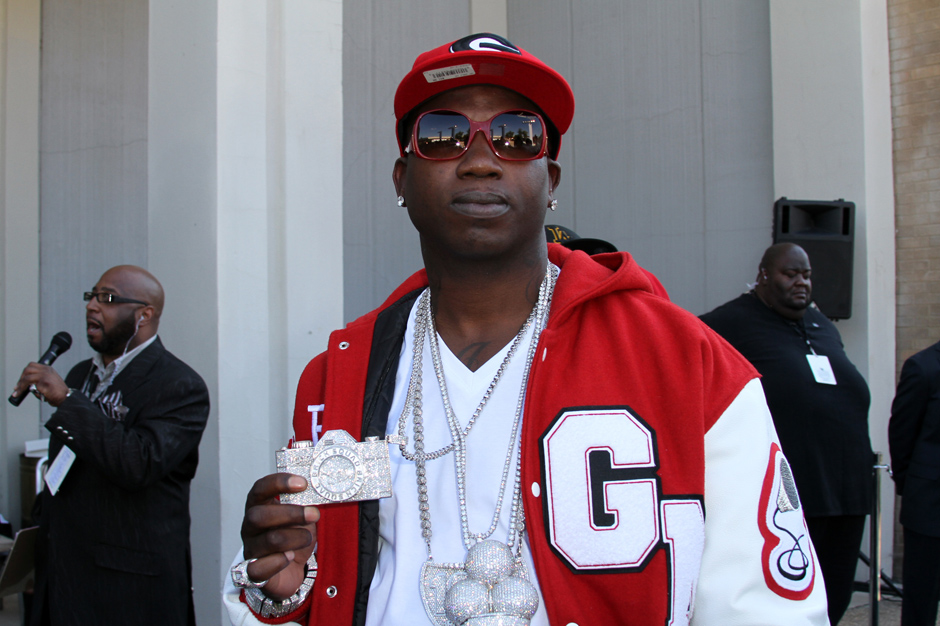 Gucci Mane is facing up to 20 years in a federal prison and fines of up to $500,000 for two separate September incidents in which he was found carrying guns and acting erratically. The 33-year-old born Radric Davis was formally charged in an Atlanta federal court today with two counts of possessing a firearm as a felon. The Spring Breakers guest star was convicted twice in 2005 — once in Georgia for assault with a deadly weapon, and once in Florida for holding more than 20 grams of marijuana.

The local U.S. attorney’s office detailed the relevant incidents in a news release: “On September 12, 2013, Davis, who was a felon at the time, was found in possession of a firearm [a Taurus 45-caliber handgun with eight rounds]. Then, just two days later, on September 14, he again possessed a firearm different from the earlier gun [a Glock 40-caliber with 11 rounds]. On both occasions, Davis displayed the loaded firearm, acted erratically, and made threats to individuals, including police and his attorney.”

As CNN and The Atlanta Journal-Constitution point out, Gucci has been in custody since the second incident, and for now is being held at the DeKalb County Jail. His lawyer Drew Findling has said he will decide upon the proper course of action once he’s reviewed all of the information relating to the case. Probably a good idea. For photos from Davis’ day in court, visit the AJC. For more on why Atlantic recently dropped the MC, revisit his tragic Twitter rant and that whole smashing-a-bottle-on-a-soldier thing.