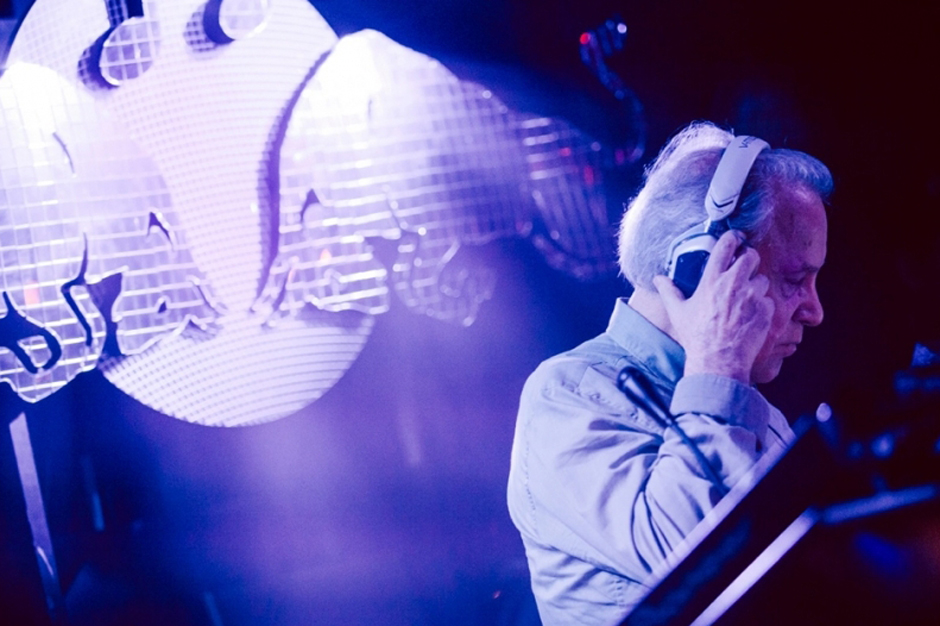 Your eyes do not deceive you, and neither will your ears — Italian disco, um, godfather and film-scoring guru Giorgio Moroder has taken Tony Montana to the trap. In honor of the 30th anniversary of Olive Stone and Brian De Palma’s classic gangster flick Scarface, the man has remixed “Tony’s Theme,” adding rave synths, drum builds, ambient EDM wash, and, yes, a bunch of crazy hi-hat rolls. As a bonus, Moroder’s sampled some dialogue, catching Al Pacino as the titular Tony, M16 machine gun in hand: “Say hello to my little friend!” Well, say hi, why dontcha.

Moroder’s also recently remixed Haim’s “Forever” and Claire’s “Broken Promise Land.” And of course, he had a hand in Daft Punk’s Random Access Memories, one of SPIN’s 50 Best Albums of 2013.

Giorgio Moroder Sat in With the Roots on ‘Fallon’

Review: Giorgio Moroder Invites Too Many Dancers to the Disco on ‘Deja Vu’