My name is written in water and I'm gone again 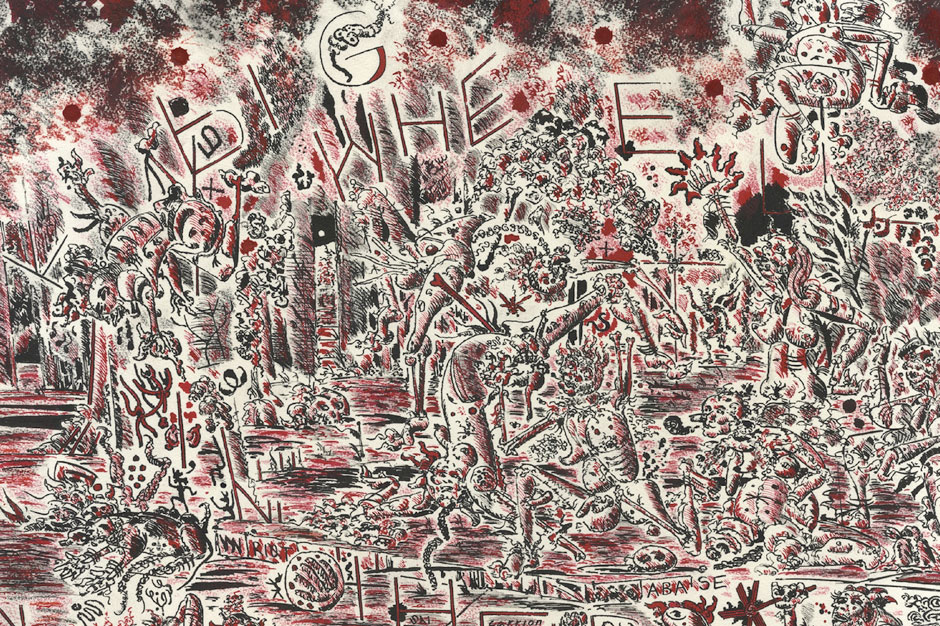 To finish out the year, we’ll be offering the top 25 albums from various SPIN staffers. Today, Senior Editor David Bevan.

In early September, Cass McCombs spent the better part of an hour trying to convince me that all he’s written will eventually be lost — swallowed up by flames, viruses, tsunamis, or time. All that matters, he felt, was the transcendence of the present moment, be it an argument on a park bench or a guitar solo as it unfurls. We commune or we don’t, but eventually, everything ends, songs included. I suppose there’s great beauty to be found in what he said, in what it requires of us. But all in all, just a few weeks after my 30th birthday, he shook me in ways I’m still coming to terms with, forced me to acknowledge and lock eyes with the sort of issues and voids Twitter and Instagram have recently helped me ignore. This is what Cass McCombs does: He haunts you, stays close even as he’s trying to push you away.

But isn’t that what gifted songwriters tend to do? While he seemed relatively at peace that afternoon, I could sense that McCombs was just as concerned as I still am, that he was still slowly working through it all just as he has from record to record for a decade. And that, if anything, is what binds him together with so many of the artists I’ve felt drawn to this year. There is — even for me — a strangely high number of “singer-songwriters” on this list, top to bottom. But, other than years and radical variations in presentation, I don’t see or feel much of a divide between anyone here. I don’t see my taste playing tricks on me, don’t think the lineup speaks to any Major Trends or the ever-quickening erosion of rock’n’roll’s cultural import or the feeling of companionship and collaboration the internet both simultaneously provides and takes away. These are singular voices with singular perspectives making sense of love and trust, faith and identity, sex and solitude, ego and id, online and off, the margins and the mainstream, the top and the bottom, the beginning and the end, and on and on and on. These are quandaries that — sorry — will bind all of us together in January, July, and long after the day our iBuddies take charge and start tapping and swiping us. These are people working it out. Some sing, some don’t, doesn’t matter. William Tyler can move me without sharing a single word. He doesn’t need to.

About two weeks ago, I saw McCombs — a maddeningly inconsistent, often ambivalent performer — take the stage at New York’s Bowery Ballroom and play what was easily the best 90 minutes of live music I experienced this year. His band was terrific, he was operating on another plane, and the entire room was sharing, like he would have hoped, the same breath. There was no chatter and very little smartphone glow, but there was a feeling that he was at one with what he’s been chasing, for us and with us. It was a breakthrough. It gave me hope, if only for a moment.