After 15 years of effective silence, Cibo Matto are returning in a big way. The Shibuya-kei crew have announced a new album, shared a new music video, and released new tour dates all in one fell swoop. Above, you can watch Miho Hatori and Yuka Honda shred, rap, pop, and groove in the Georgia-directed clip for “MFN,” a wonderfully colorful sensory overload that is perfectly matched to the wild and swaggering song. (Watch in HD.)

The new single finds Cibo Matto in top form, which is good since on February 14, it’ll arrive attached to nine other tracks. The New York duo’s third album will be called Hotel Valentine and its song titles stick with the theme (as do the “MFN” protestations about room service). Also, if you pre-order the thing before the year is out, via Chimera, Hatori and Honda will include a handwritten Valentine’s Day card.

The duo self-produced their new album over the course of the last two years, according to a press release. Guests include Reggie Watts (he’s on “MFN”), Nels Cline, Glenn Kotche, Mauro Refresco (Atoms for Peace), and others. Recently, we saw Cibo Matto dance with Yoko Ono for her “Bad Dancer” video, and assist Beck and Wilco on the AmericanaramA tour. Track list, tour dates, and album cover below. 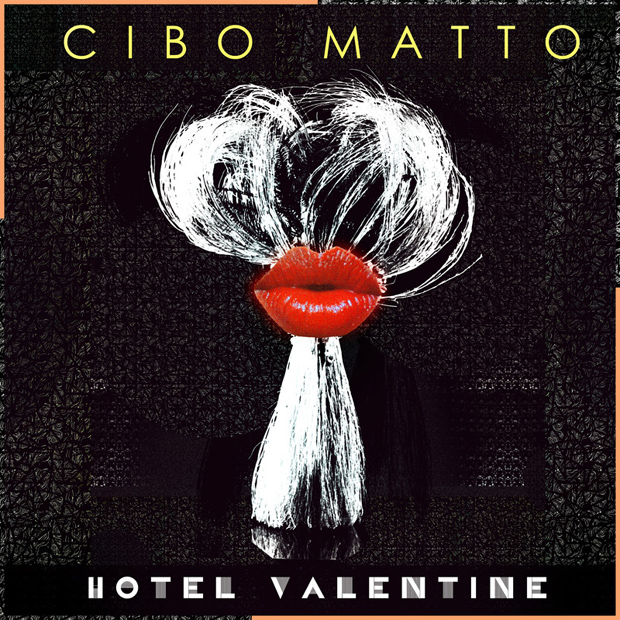