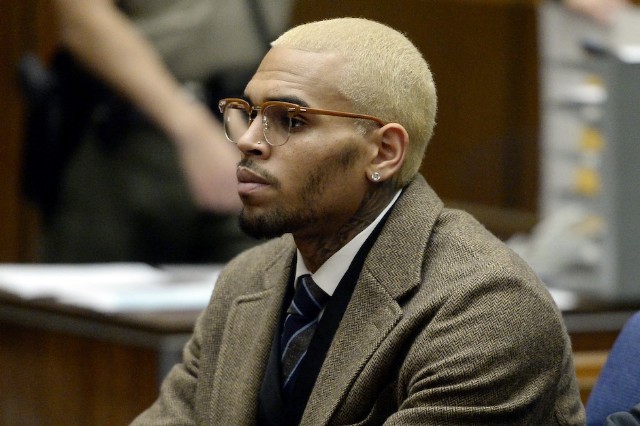 Chris Brown has lost his probation for a second time this year. According to The Hollywood Reporter, a judge revoked Brown’s probation on December 16 in light of the embattled singer’s arrest in Washington, D.C., this fall. The former teen star will still face the same rehab and community service mandates from his brutal 2009 assault on Rihanna.

Last month, Brown was sentenced to 90 days of live-in anger management, after failing his previous attempt at anger management. The judge who revoked Brown’s probation this time said he’s satisfied with what he’s hearing about the latest round of, um, management. He decided not to send Brown to jail.

The particular legal snafu here stems from an October felony assault arrest, when Brown allegedly punched a man in the face outside downtown D.C.’s W Hotel. The charge was eventually lowered to a misdemeanor, and Team Breezy let it be known the 24-year-old singer had checked himself into a rehab facility.

In August, Brown went to jail — for about 45 minutes. The court had revoked Brown’s probation over claims he failed to share his driver’s license and insurance details with another driver after an accident. Brown denied the allegation, and the case was later dismissed after the accident victim reportedly reached an undisclosed settlement.

For those keeping track, Brown also continues to be dogged with litigation over his January fight with Frank Ocean. Despite the channel ORANGE singer’s near-immediate message of forgiveness, Ocean’s cousin Sha’keir Duarte sued, Brown countersued, and then Duarte outlined exactly why he claims Brown owes him $3 million.

There’s still no firm release date for Brown’s upcoming sixth album, which he has said will be titled X. This week, he enlisted Lil Wayne (who isn’t dead!) and French Montana for a new track titled “Loyal.” The hook, sung by Brown, goes, “These hoes ain’t loyal.” It isn’t especially charming.