Rihanna has now tied Michael Jackson for No. 1 singles 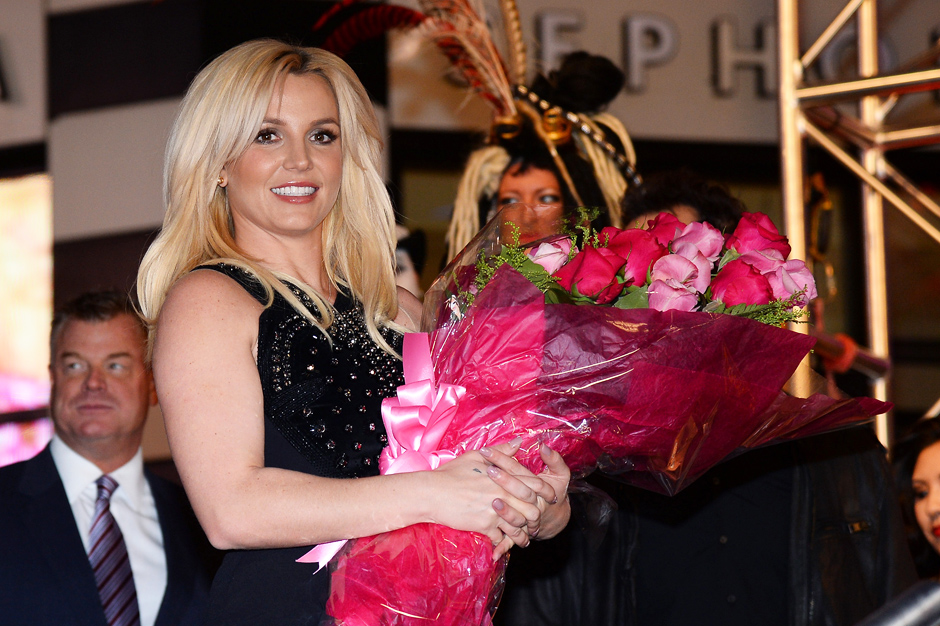 First! Well, we might as well get it out of the way. Garth Brooks is No. 1 for Blame It All on My Roots: Five Decades of Influences (146K), a Walmart-exclusive six-CD/two-DVD box set selling for $24.96 — at that price, discount deboned meat to a pack of pot-bellied hyenas, basically. The most significant bit here: It’s the Okie’s ninth time topping the Billboard 200, which means he’s tied with the Rolling Stones on that front, trailing only the Beatles (19), Jay Z (13), and Elvis Presley and Bruce Springsteen, who’ve landed 10 each. Far more important is who’s not scoring a new No. 1 this week.

Bad for Brit: Billboard provides the post-mortem on Britney Jean, pointing out that her terrible will.i.am team-up “Work Bitch” peaked at No. 14 on the Pop Songs airplay chart and fell off after only eight weeks. That makes this album’s lead single her flattest since 2001’s “I’m a Slave 4 U,” and her shortest lived ever. Then came “Perfume,” which has been in play for four weeks and hasn’t climbed above No. 22. Hopefully she sells some actual perfume.

Hawt Hundo: Eminem and Rihanna top the Hot 100 with “The Monster,” which dovetails into historic victories for each artist. Slim Shady now ties Ludacris and Diddy for the most No. 1s among rappers, which is surprisingly only five. And Rihanna surpasses Madonna and the Supremes to nab her 13th No. 1 — a distinction shared by Michael Jackson. The only artists across genres to score more: Mariah Carey (18), and the Beatles (20).