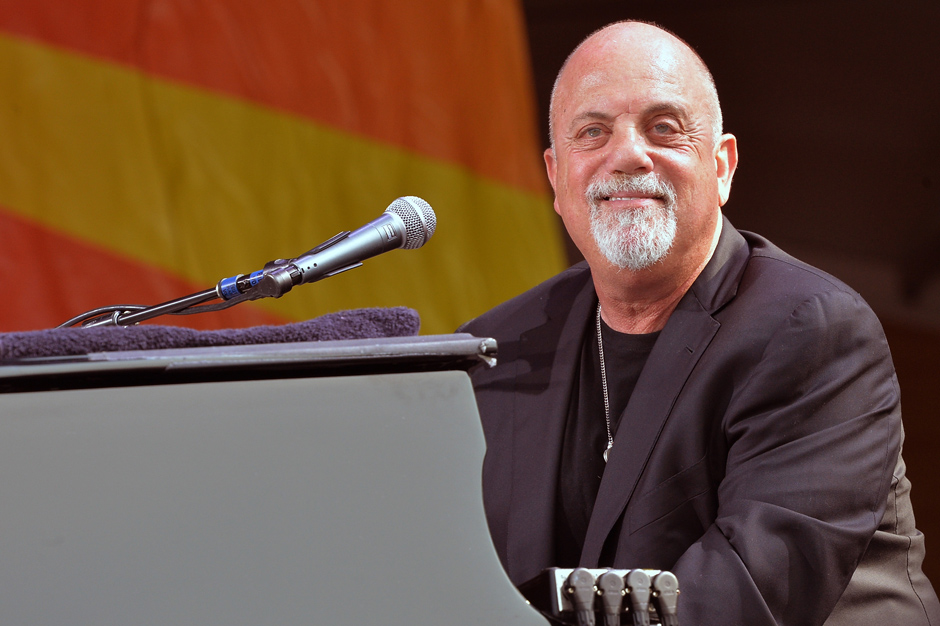 Billy Joel will play Madison Square Garden once a month for, well, forever. New York’s legendary piano man has become the iconic arena’s “first-ever music franchise,” MSG announced today, explaining that he’ll be “joining the ranks of [sports franchises] the New York Knicks, Rangers, and Liberty.” Beginning January 27, Joel is expected to throw “a show a month, as long as there is demand.” The first four are sold out. The fifth, on May 9, will coincide with his 65th birthday.

Nearly a year ago, Joel graced Madison Square Garden for the star-studded 12-12-12 Concert for Sandy Relief lineup, but his history with the venue runs deep. His first concert there took place in December of 1978, shortly after the release of his sixth album 52nd Street. He’s since played there roughly 40 times, and set the space’s record for consecutive gigs by playing 12 back-to-back sold-out nights in 2006. Joel’s last new album was 2001’s Fantasies & Delusions.

In the same announcement, New York Governor Andrew Cuomo called the collaboration a momentous occasion that will benefit “millions of fans worldwide.” For ticket information and more on Joel’s history with the venue, visit BillyJoelMSG.com.