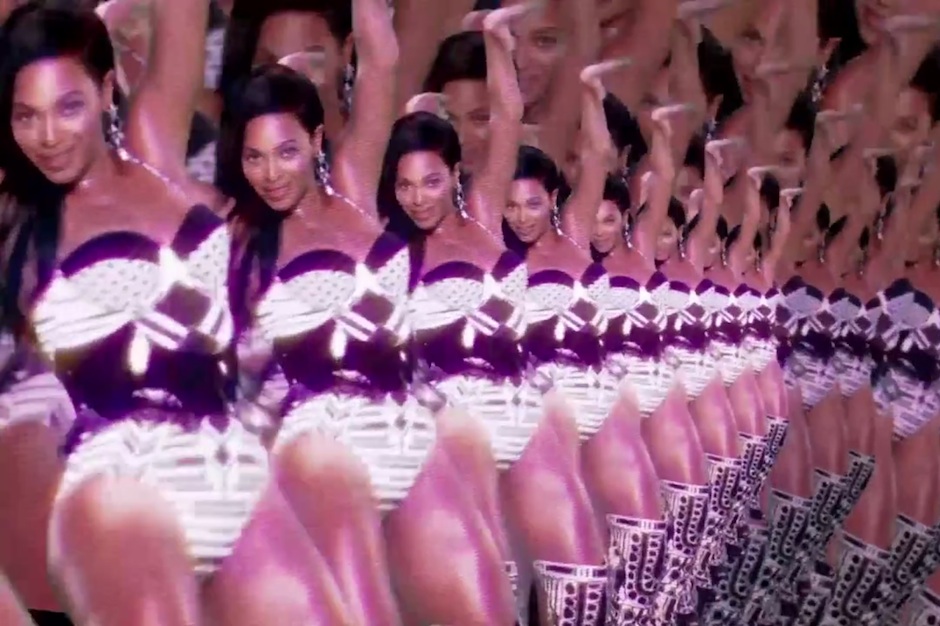 With Beyoncé’s Beyoncé already on track for a second week as Billboard’s No. 1 album, the surprise-album-dropper has amply shown she can do whatever she wants. The video for “Grown Woman” is just a bonus. No, it really is: The Timbaland-produced track, co-written by The-Dream, is listed as a bonus video and isn’t part of the main album track list.

First teased in a Pepsi ad, “Grown Woman” has leaked (twice!) and been performed live on the Mrs. Carter Show World Tour. Happily, the song appears in its full glory on the 17-clip “visual album,” with African-tinged percussion outro and all. The video starts simply enough: A gum-chewing beauty-queen Beyoncé sings along with her younger alter egos in VHS-grainy footage. But when that dance breakdown arrives, the visuals take on a psychedelic flair, with cloned Beyoncés twerking — plus cameos from both Kelly Rowland (fellow Destiny’s Child/“Grown Woman” singer) and Queen Bey’s mother, Tina Knowles. It all ends with Mrs. Carter-Knowles as some kind of cosmic mother figure, holding three small children on a bed in outer space.

If what Beyoncé wanted was to illustrate a little bit further how much creative talent and artistic freedom she had at her disposal for Beyoncé, she’s done it. The only thing is, although Bey avoided having to shill for Target again this time — or otherwise placing her album, “Suit & Tie”-like, in commercials —  for now the only place you can watch “Grown Woman” free is over at at Pepsi’s website. But definitely go there and watch it, because it’s what Beyoncé wants.

When you’re done, revisit the similarly stunning clips for “Mine,” “XO,” and “Drunk in Love.” Note that while Beyoncé struck too late for SPIN’s Best 50 Albums of 2013, it still managed to crack our Best 20 R&B Albums of 2013 list. Also, peruse our complete guide to understanding the 44 names in Beyoncé‘s track list.