Aztec Camera’s 1983 debut album High Land, Hard Rain turned 30 this year, and to celebrate, Domino Records is planning a special anniversary reissue. Due February 4 (which is technically closer to the record’s 31st birthday than 30th, but whatever), the upcoming retrospective spans two discs and collects a host of rarities, B-sides, alternate mixes, and live tracks culled from various radio sessions.

The Scottish New Wavers’ first full-length will also be repackaged in vinyl format, complete with a download card for digital versions of the original album and the second disc of extra material. Pre-orders are currenly available through Domino. The first 400 fans who reserve the vinyl edition will also receive a bonus 7-inch containing four rare tracks.

As Slicing Up Eyeballs notes, the forthcoming North American reissue follows a European re-release of High Land, Hard Rain that was put out in 2012 by Demon Music Group. The U.K. label reissued all six of Aztec Camera’s albums (from High Land, Hard Rain to 1995’s Frestonia), each with a different number of tacked-on extras.

Aztec Camera main man Roddy Frame honored the record’s 30th anniversary in his own way: By performing the LP in full during a trio of gigs. Scroll down to watch him play standout single “Oblivious” below, and further still for track list details, as well as cover art. 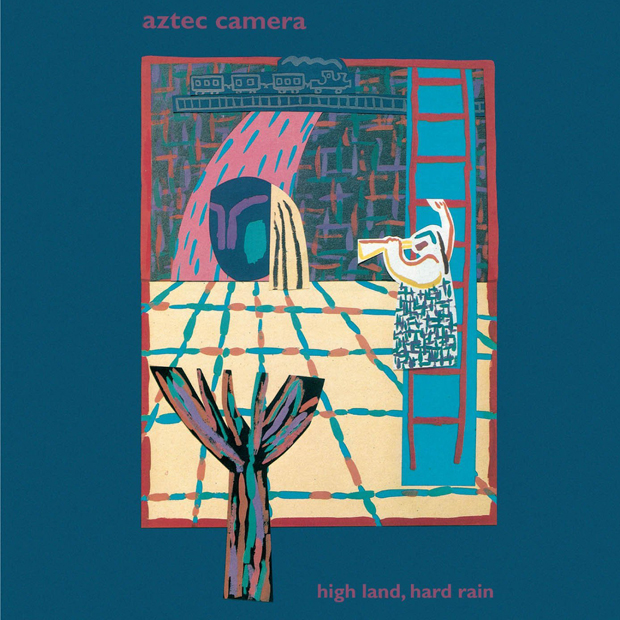