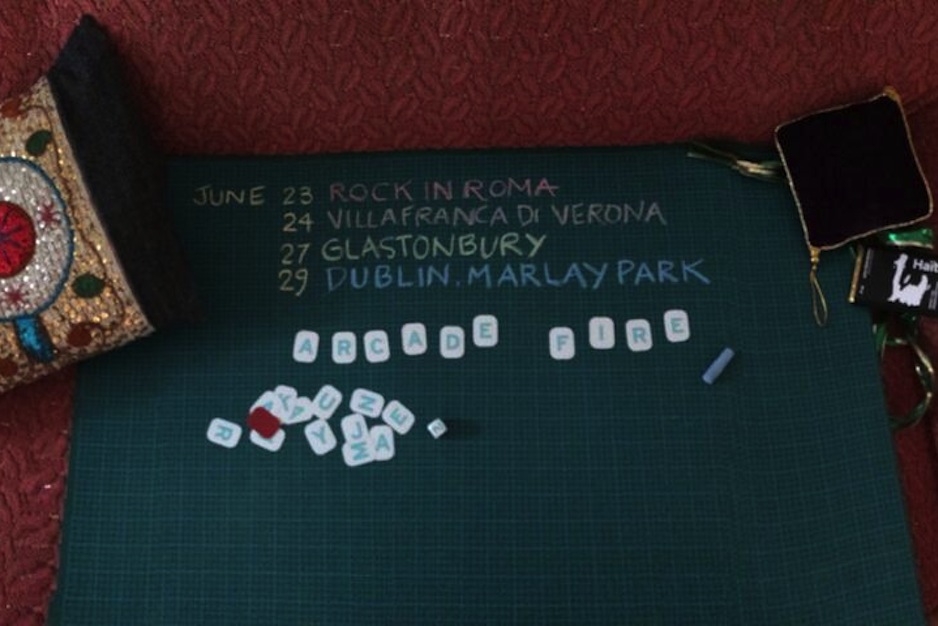 Arcade Fire have announced they’re set to headline 2014’s Glastonbury Festival. The confirmation came via an image on the indie-rock luminaries’ Twitter account. Along with the June 27 gig at the giant British music fest, the Reflektor band revealed a handful of dates in Italy and Ireland.

Tickets for Glastonbury are already sold out. There’s no mention of any request that festivalgoers wear formal attire or costumes, a topic that stirred debate back here in the states. Speaking of this side of the pond, fans have plenty of chances to catch Arcade Fire on their North American arena tour next year.

When Win Butler & co. aren’t staring at a screen, they’ve been up to myriad other pursuits, most recently turning in a pleasantly absurd “Little Drummer Boy” for Zach Galifianakis. Their work for Spike Jonze film Her has earned the group a spot on Oscars’ Best Original Score short list — though not, unfortunately, for Best Original Song. Reflektor is on SPIN’s 50 Best Albums of 2013.