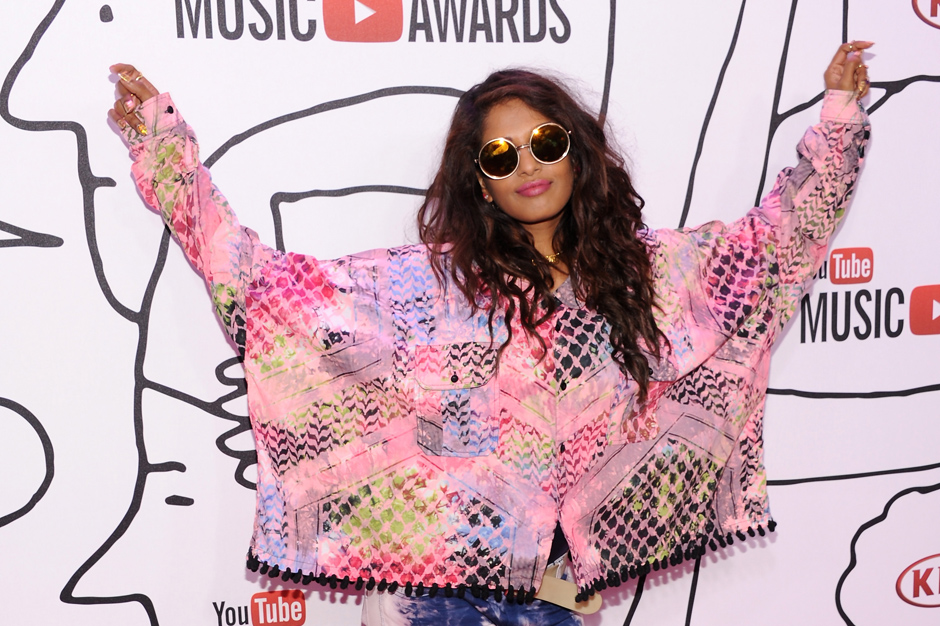 The first ever YouTube Music Video Awards were, in short, a charming mess. And while Arcade Fire leader Win Butler’s cameo as “Winye West” deserves its due — alongside the unscripted moments from hosts Jason Schwartzman and Reggie Watts — the majority of the night’s memorable chaos came via the “live music videos” overseen by the ceremony’s creative director Spike Jonze. Whether it was Michael Shannon playing a douche-baggy version of EDM star Avicii, or Lindsey Stirling “flying” through the air while playing dubstep violin, each performance brought a combination of ambition, art, and pure WTF-ness.

Arcade Fire’s “Afterlife” set the bar fairly high, opening on actress Greta Gerwig seemingly mid-breakup. The domestic scene soon bursts into the outdoors as she seeks catharsis in dance, apparently winding up in Frank Ocean’s chilly MTV VMA forest before finding her way into the crowd. Butler first appears as an apparition, but soon the entire band becomes as real as those adorable little dancing ladies.

Lady Gaga’s “Dope” was not only an ARTPOP debut, but one of the more bare-bones performances of the night. The drama of this one comes from her face — she cries as she sits behind the piano and sings her lungs out, dressed either like a dope-using truck-driver or Ice Cube back in the days of his being a dope rapper. The flannel and hat contrasted strongly with the emotional ballad.

Earl Sweatshirt’s “Sasquatch” featuring Tyler, the Creator took place in a small pink box, basically. It’s pure chaos, which is par for the Golf Wang course. The hard-grinding Doris track musters up a compact mosh pit filled with fans, friends, and other members of Odd Future. The bleeping is obnoxious (and not even necessarily thorough), but the energy is insane.

Lindsey Stirling’s “Crystallize” was the most charming of the bunch. Look at that happy lil’ dubstep violinist as she soars through a cityscape flicking her fiddle amidst fat wubs falling like rain. There’s something decidedly Film School 101 about the no-budget effects and gratuitous use of green screen (or equivalent), but it’s a lovely work that could play as tribute to Jonze’s peer Michel Gondry.

Avicii’s “performance” became a short film thanks to Girls star/creator Lena Dunham. She wrote, while Jonze headed up the direction and Michael Shannon played a (presumably) far douchier version of the artist himself. Seen above, Avicii does make a cameo, but Shannon is the star of the show, particularly when he shouts, “Have a cognac!” Also, a choose-your-own-adventure goes horribly awry.

M.I.A.’s “Come Walk With Me” looked like a kaleidoscope turned inside out. She initially appears outside with the city behind her, but then enters the warehouse through a rainbow light tube, joining her dancers and the crowd before dousing everyone in colored chalk dust. Really, we’re not sure at all what happened, but ADHD-overload is the Matangi artist’s whole thing, so it’s cool.

Eminem’s “Rap God” received a black-and-white treatment, finding Mr. Marshall Mathers himself doing what he does best — rapping his ass off without any time wasted on, say, concepts. Not much to say about this one except that if you’d like to see an incredibly acrobatic feat of rhyme-saying, simply hit the play button as the star does his thing.