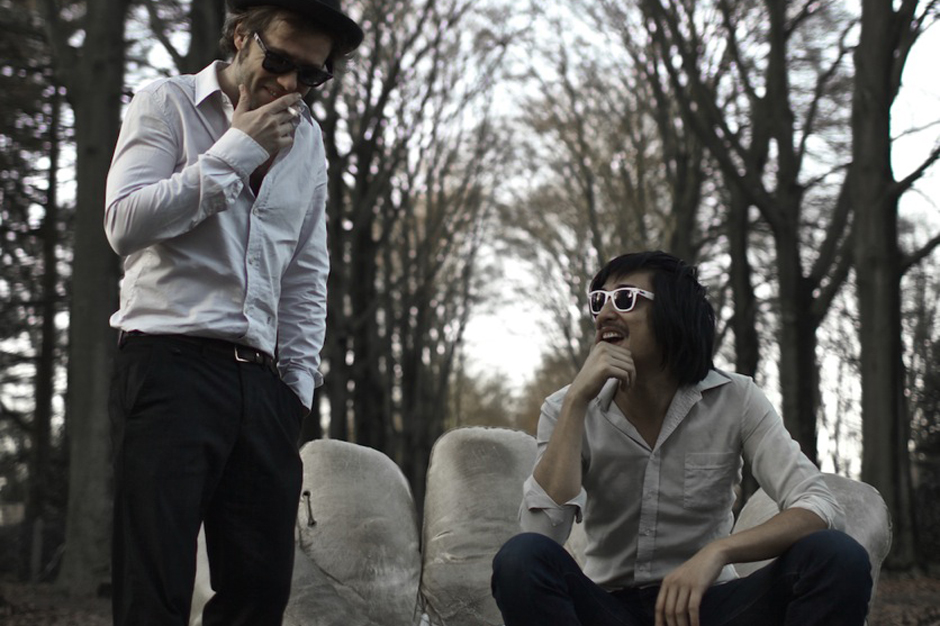 There’s no room for clumsy people in Yuksek’s studio in Reims, France. Heck, there’s not much room at all, stuffed as it is with vintage keyboards, drum kit, grand piano, multiple mixing desks, and arcane machines of every shape and size. To contrast with all that chaos, however, Yuksek and the artists he has invited in — Peter & the Magician, Black Yaya, Crayon, and guest vocalists like Oh Land JD Samson — are turning out a particularly tidy take on electro-pop for his newly minted Partyfine label. A world away from the buzzy French electro of Yuksek’s youth, Partyfine’s aesthetic is marked by limpid vocals, a careful sense of balance, and songwriting that owes more to the Brill Building than blog house.

For the latest release on his label, the Belgian duo Villa turns in Partyfine’s most elegant release set. Clearly, no synth racks were knocked over in the making of “Exotic to Hell,” a slow-burning disco groove that makes the most of bouncy piano/bass interplay and judiciously applied sawtooth stabs. Guest singer Sofire fills in the song’s copious empty spaces with a breathy mantra that rises in urgency as the song gathers strength; the effect sounds a little like Roisin Murphy fronting Midnight Magic.

Villa’s “If I” / “Exotic to Hell” EP is out Tuesday, November 26 on Partyfine, rounded out with remixes from the Shoes, Mighty Mouse, and Borussia. Check out “Exotic to Hell” in full below.