Tyra Banks Is an Even Worse Rapper Than Dolly Parton

Two weeks ago we rap-shamed Dolly Parton for rhyming about Oprah’s non-existent afro in a guest appearance on The Queen Latifah Show. Now talk show host Tyra Banks has taken to The Steve Harvey Show to respond (in freestyle form) to Drake’s trip to The Ellen DeGeneres Show, where he revealed that he and Banks had once gone on a kinda-sorta date to Disneyland together. Are you following? This is music television in 2013.

The point is, we’ve now got to amend our critique of Parton’s appearance. “Accidentally racist” though it might have been (frequently), it’s at least worth mentioning that she stayed on the beat. Banks, on the other hand, quickly falls to semi-rhythmic pieces after declaring, “I can rap … I’m gonna freestyle what I got to say to you, Mr. Aubrey.” She then, um, accuses Drake of telling the truth and maybe does a slo-mo Busta Rhymes impression.

For similar stories, revisit SPIN’s 50 Biggest White Girl Rap Moments of All Time. And for a palate cleanser, may we suggest Lil’ Kim’s latest, Eminem’s The Marshall Mathers LP 2, and, of course, Drizzy’s Nothing Was the Same. 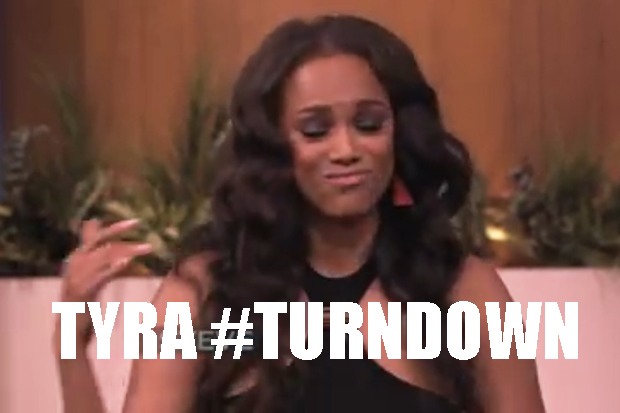 Watch a Preview of Kanye and the Kardashians’ Family Feud Episode