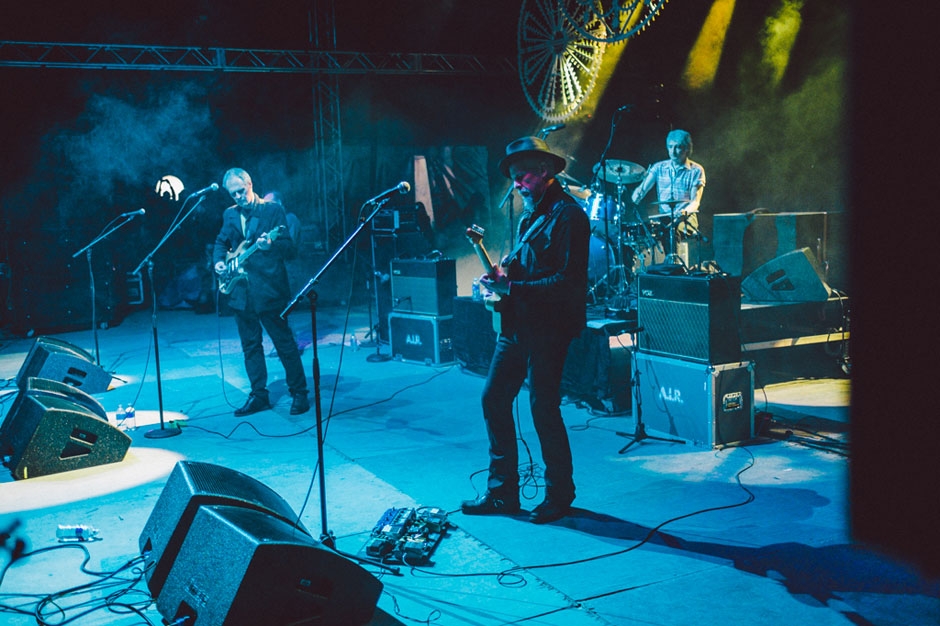 Beloved U.K. record store Rough Trade will open its first-ever U.S. location in New York City later this month, and the shop is set to receive a warm welcome from one of the NYC’s most influential acts: Television. As BrooklynVegan points out, the art-punk visionaries will commemorate Rough Trade NYC’s opening weekend with a pair of hometown shows, one on Friday, November 29 and another on Saturday, November 30.

The shop officially opens its doors on Monday, November 25, and will play host to a number of in-store gigs throughout the week. Sky Ferreira, Charles Bradley, Matthew E. White, and Marissa Nadler are all on deck to drop by the Williamsburg outpost. Television are on the roster for a proper after-hours concert, booked in conjunction with the Bowery Presents. Tickets for the shows go on sale Friday, November 22 at 10 a.m. EST.

Television recently blew SPIN away with an amazing performance at this year’s Fun Fun Fun Fest in Austin, Texas. “Watching a handful of sexagenarians with 40 years of practice behind them play long guitar solos sometimes smells a little more like ‘classic rock’ than ‘punk,'” SPIN wrote, “but rest assured Tom Verlaine’s voice is still unpolished, clenched, anguished, and honest — and no more so than when he squeaks out the title line to ‘Prove It.'”

Overseas fans will get a chance to see Television play their landmark Marquee Moon LP in full this weekend, when they take the stage at All Tomorrow’s Parties’ End of an Era showcase. Part one of the double-weekend event takes place from November 22 through 24.