Just in time for Black Friday, here's our guide to the best music-centric stuff out there this holiday season — books delving into everything from rock-star sex lives to drum machines, speakers that resemble everything from gramophone horns to defunct video-game systems. Plus, y'know, a non-defunct video-game system or two. Hope you get what you want. 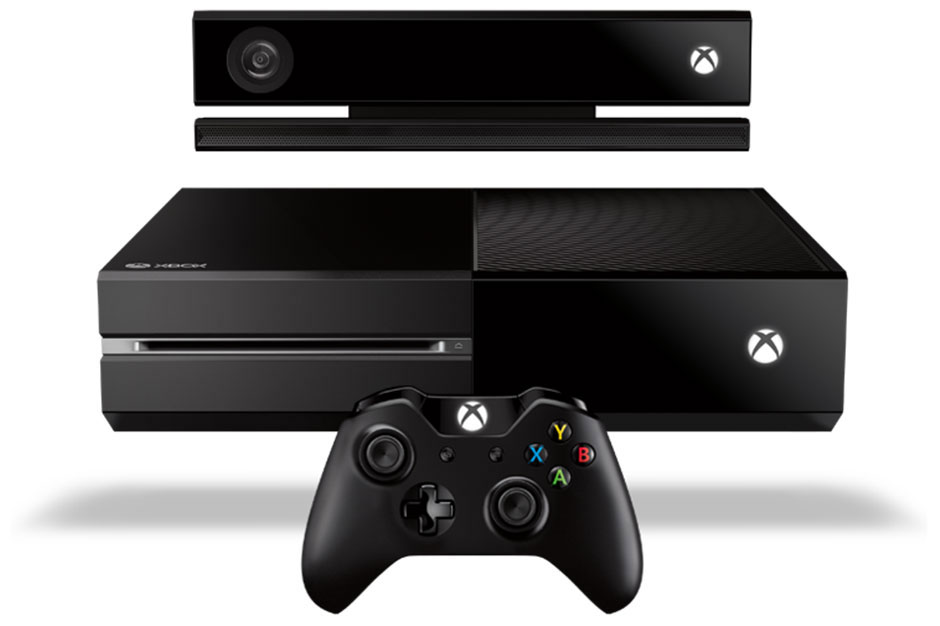 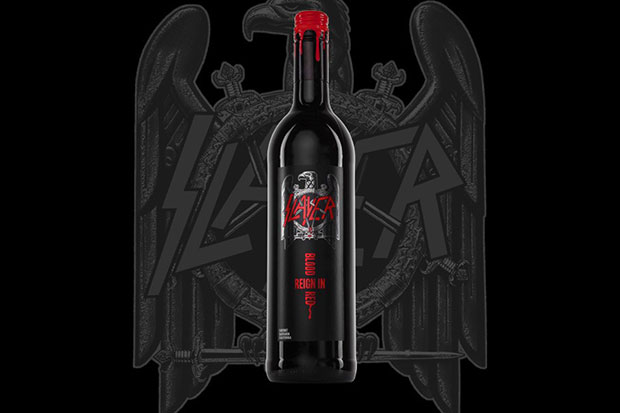 If sipping on a glass of Slayer’s Cabernet Sauvignon doesn’t feel very metal, you could always pretend it’s a chalice of lamb’s blood. $18. 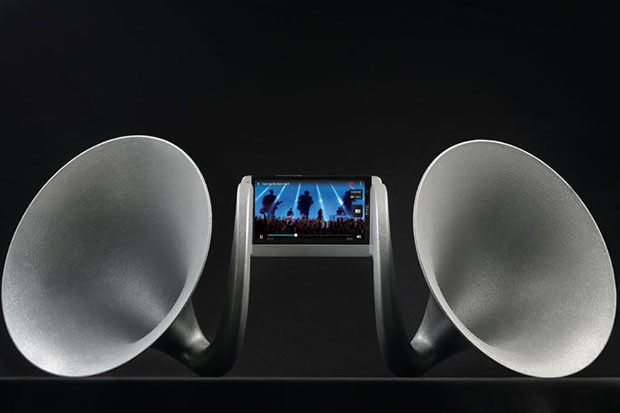 No batteries, plugs, or Bluetooth connection required for these 3D-printed acoustic speakers, which are designed for the HTC One and deliver 50-percent sound amplification via the same technology gramps used to blast his ragtime. $1615. 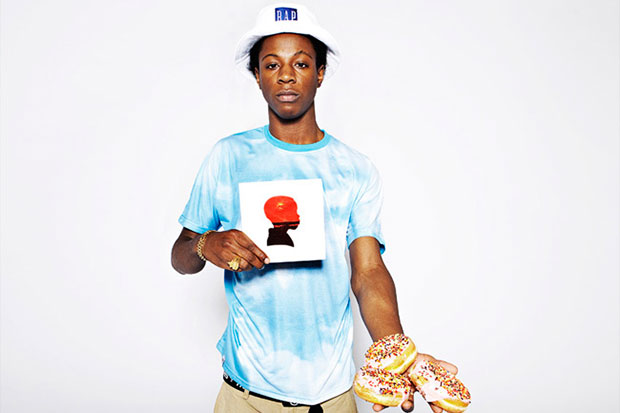 A year after J Dilla got his first producing credit, Joey Bada$$ was born in Brooklyn with the significantly less intense name Jo-Vaughn Virginie Scott. Now, seven years after Dilla’s death, the 18-year-old Bada$$ has "collaborated" with the dearly departed hip-hop legend thanks to clothing label Akomplice, which is releasing a capsule collection featuring a recently unearthed Dilla track with Joey rapping over it, plus a cloud-graphic t-shirt that places Dilla where he belongs: in the heavens. $45. 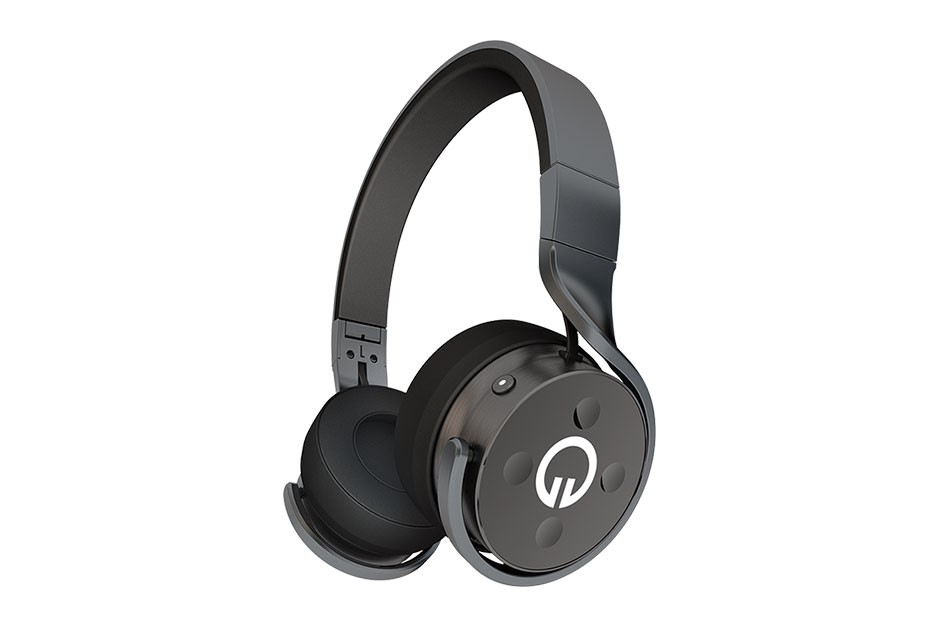 The next generation of headphones is advancing far past those relics we’re currently shoving into our ears. At the top of the heap are these socially connected smart headphones, which control the volume and switch tracks with swipes to the ear cup, and pause your tunes when you take them off. They make your plain old earbuds look evern sadder than usual. $300. 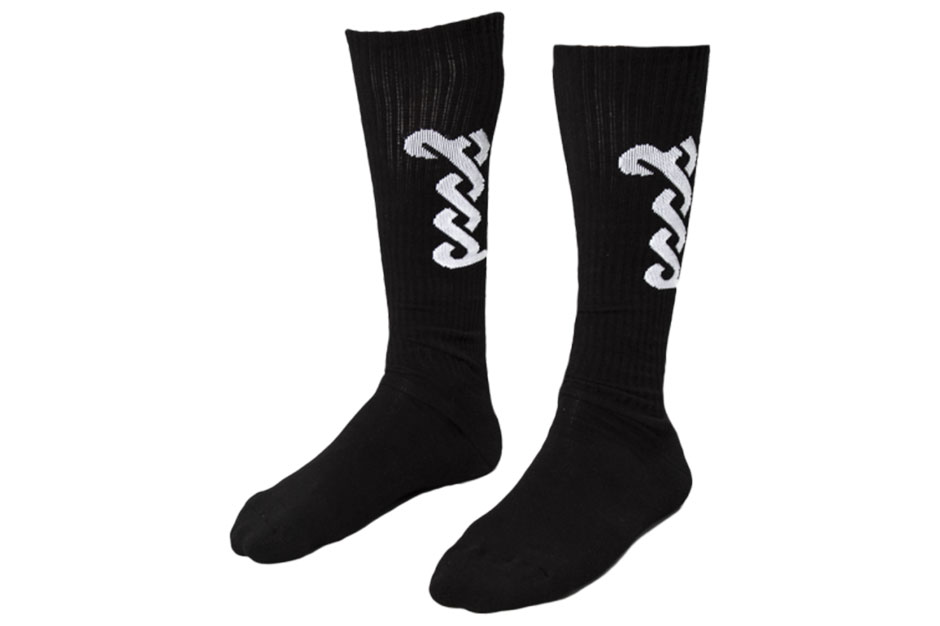 Let us all rejoice that a self-proclaimed “god” has lent the name of his record label to socks meant to be worn on the feet of sweaty commoners. Thank you, Kanye, from our hearts and our heels. $34. 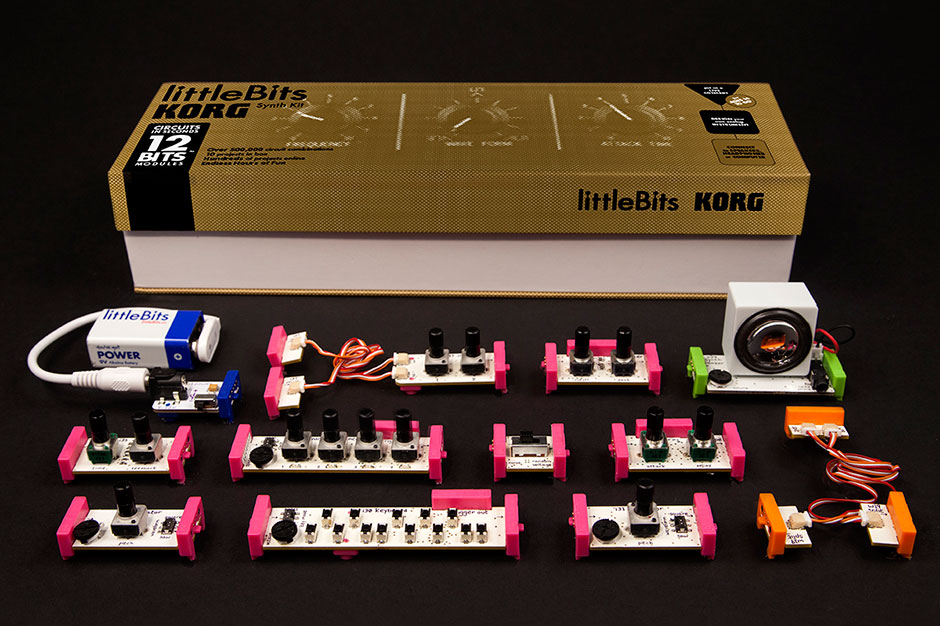 Wannabe Brian Enos will have a field day with this DIY synthesizer kit, which comes with a mini-keyboard, sequencer, delay switch, two oscillators, and a handful of other components that snap together and form one wicked little noise machine. $159. 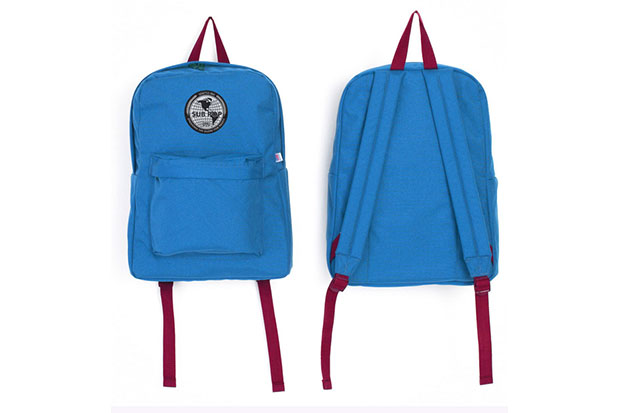 There’s no better way to show your allegiance to the venerable Seattle label than by ditching your briefcase/purse/diaper bag and replacing it with this American Apparel backpack festooned with Sub Pop flair. $35. 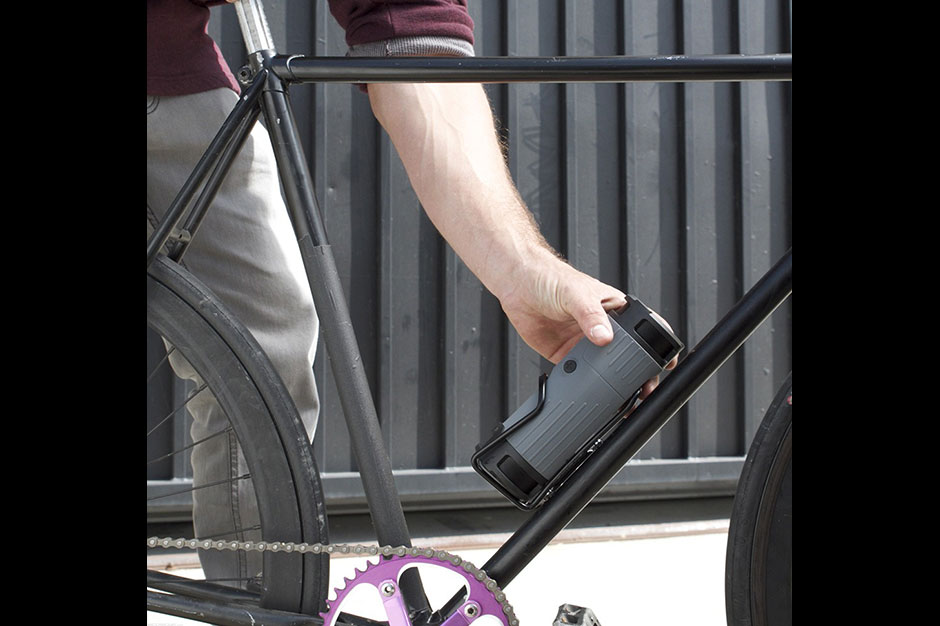 Wearing headphones on a bike is like wearing a shirt that says, “Please hit me.” With this clever wireless speaker, which fits into a bike’s water-bottle holder, cyclists can pedal with the beat while remaining aware of the maniacs speeding by them. $140. 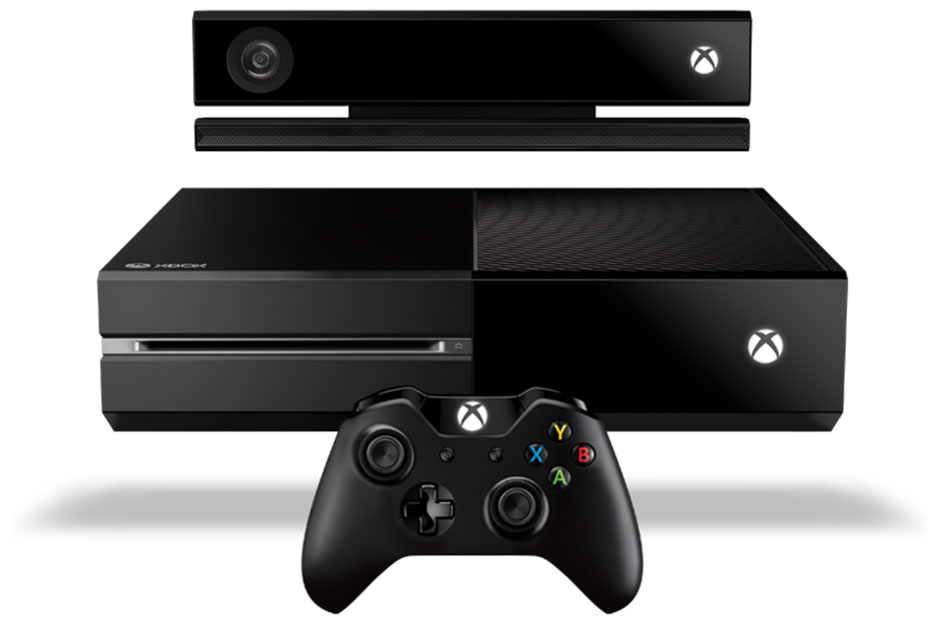 Gone are the days when a video-game console is just a video-game console. Microsoft’s latest opus aims to become the hub of your living room’s entertainment system, and with a bevy of innovative features like picture-in-picture and facial recognition, it just might succeed. $499. 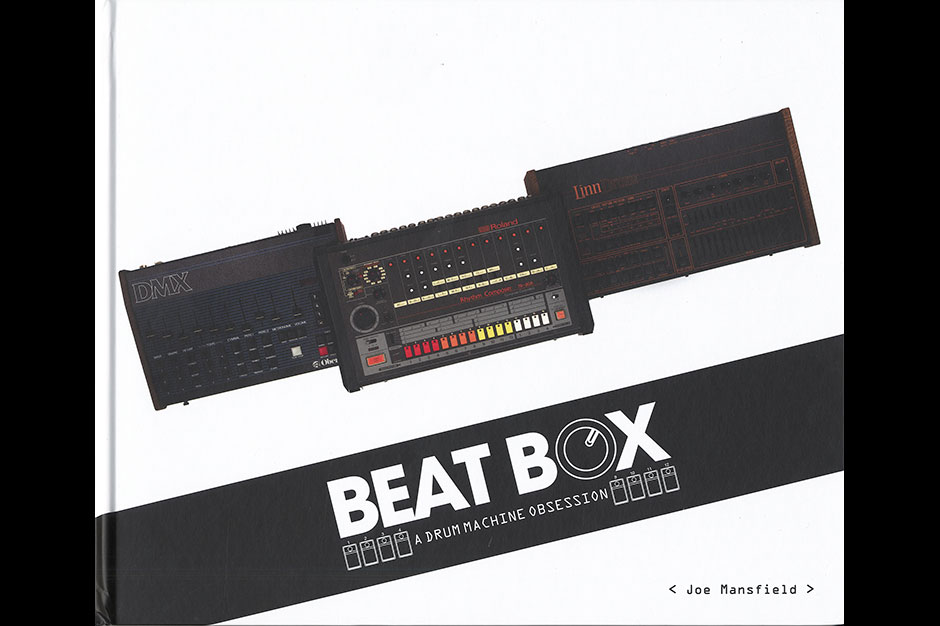 This gorgeous book packs profiles of 75 classic machines, old-school advertisements, and interviews with innovators like Schoolly D into one imposing volume that’ll look good on the coffee table of anyone who loves his or her snares on the robotic side. $50.

12.Dirty Rocker Boys: Love and Lust on the Sunset Strip 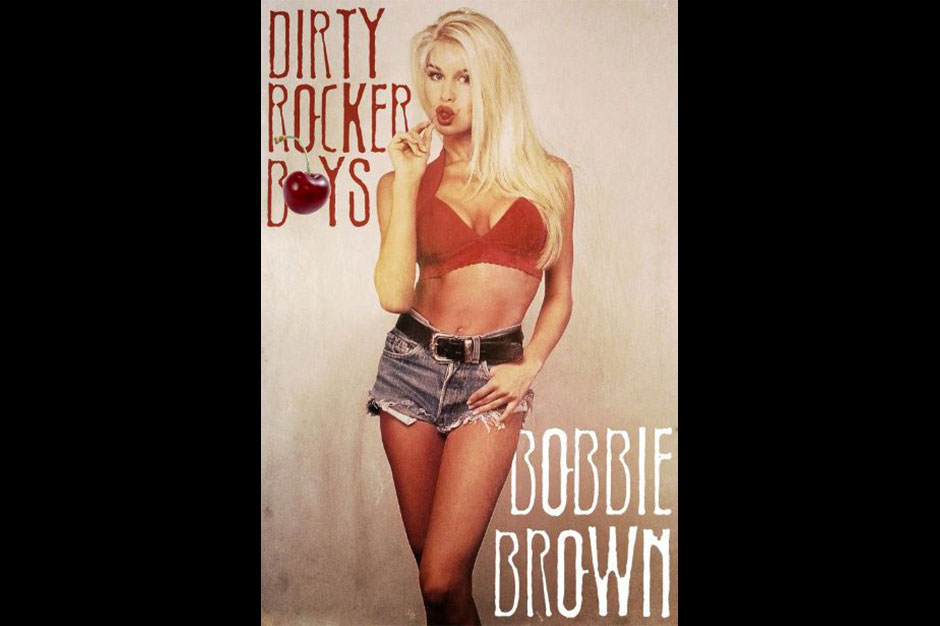 Model Bobbie Brown was never able to parlay her role as the blonde lady in Warrant’s “Cherry Pie” video into much of a Hollywood career. She was, however, able to spend a lot of time with a lot of famous rockers, the details of those encounters she recounts here, in sometimes too-graphic detail. $16.

13.The Fender Stratocaster: The Life & Times of the World's Greatest Guitar & Its Players 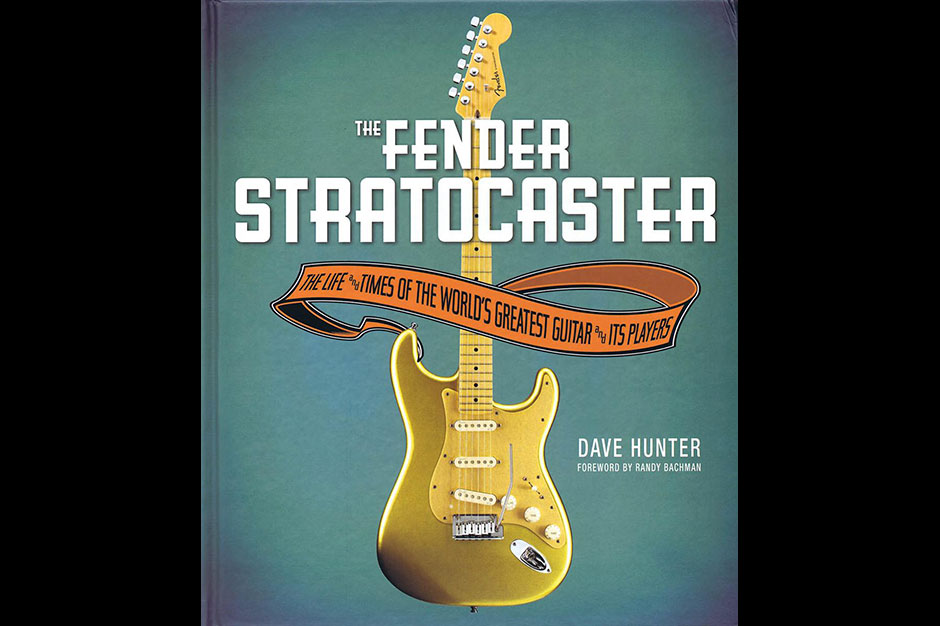 What do Eric Clapton, Ritchie Blackmore, and every high school kid in a punk band have in common? They play a Strat. This paean to the most beloved guitar in the game celebrates its 60th birthday with words and pictures. Add musical accompaniment yourself. $29. 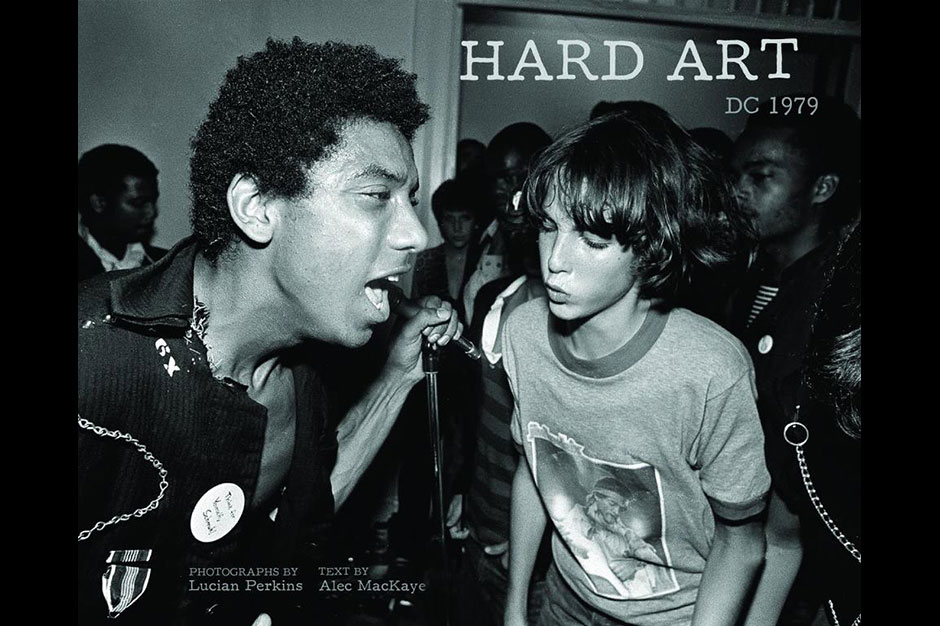 Well before he became a Pulitzer Prize-winner photojournalist for The Washington Post, Lucian Perkins spent a few nights in 1979 documenting the sweat-soaked grime bubbling up from the capital’s burgeoning hardcore scene. Those images are paired with words from Untouchables singer Alec MacKaye and Henry Rollins in this hardcore hardcover. $23. 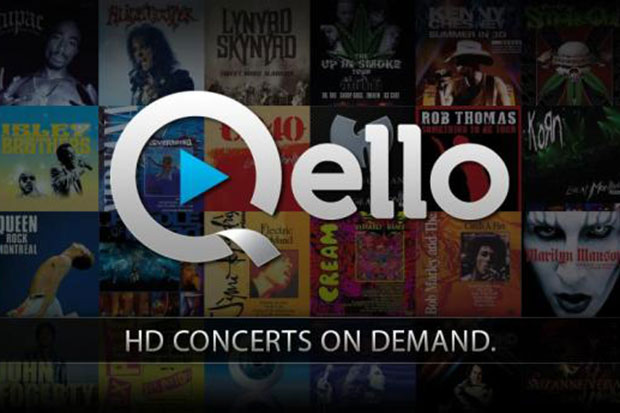 Think of Qello as a Netflix for concert films. Instead of binge-watching Battlestar Galactica, though, users can burn through HD footage of thousands of live shows spanning nine decades. $4.99 a month. 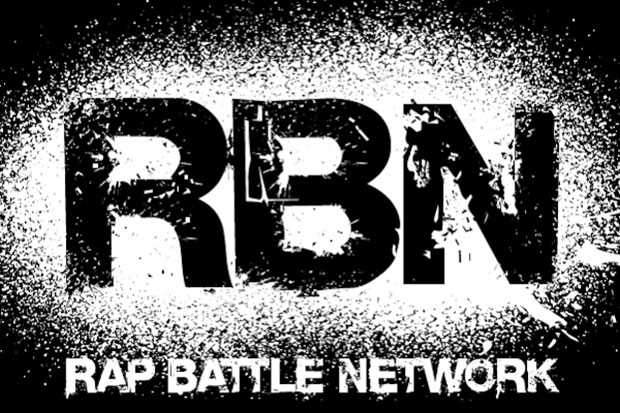 One of YouTube’s first subscription channels offers up a slew of exclusive rap-battle videos featuring enough punch lines and lyrical jousts to make you want to sign up for the next one. Don’t. $2.99 a month. 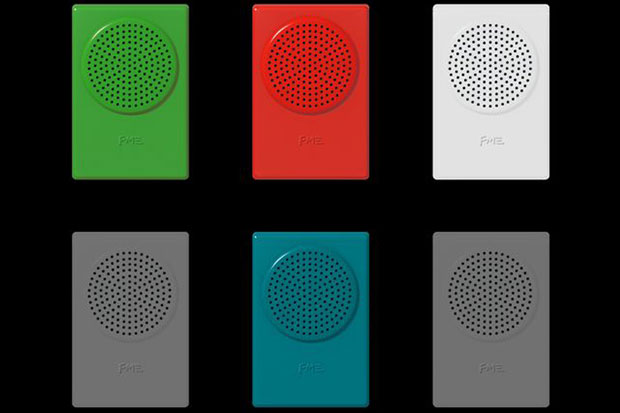 The Buddha Machine is a weird little contraption that loops ambient noise and hypnotic rhythms that even its makers say “provides an experience that’s hard to define.” This app gives your phone those same ineffable abilities. And David Byrne has endorsed it, so you know it’s cool. $0.99. 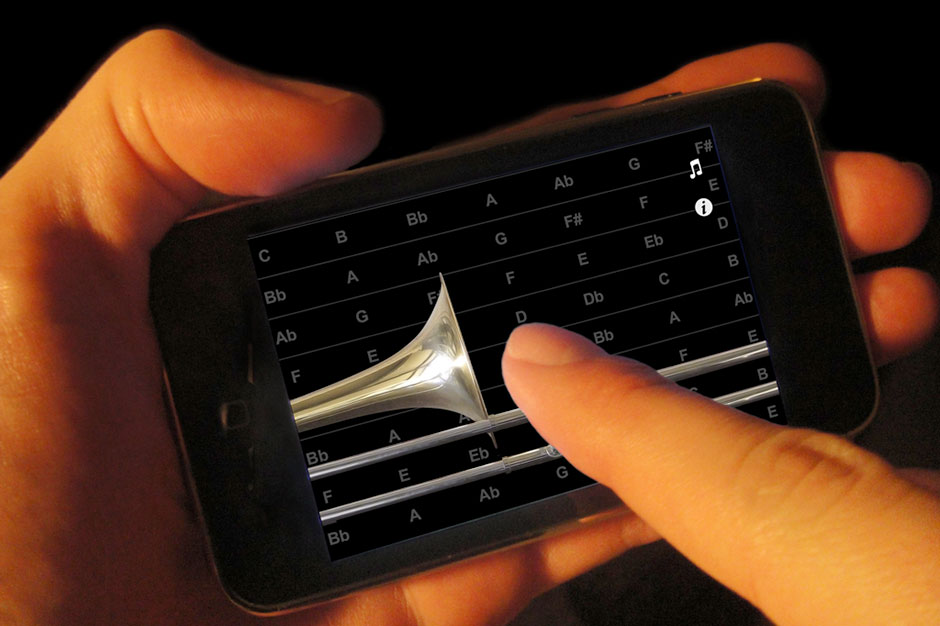 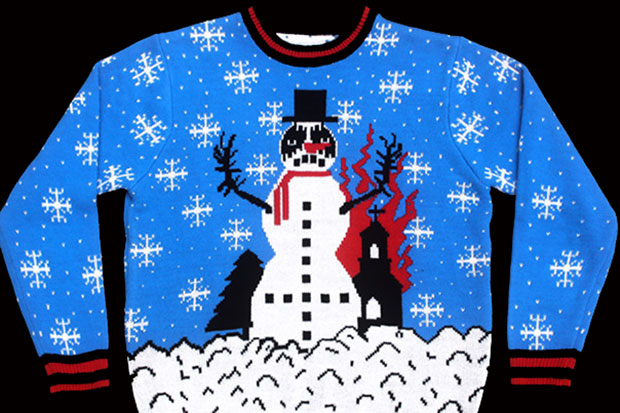 Norwegian snowmen celebrate the birth of Christ by setting houses of worship ablaze. Celebrate yourself with this sweater commemorating their honorable tradition. $79.99. 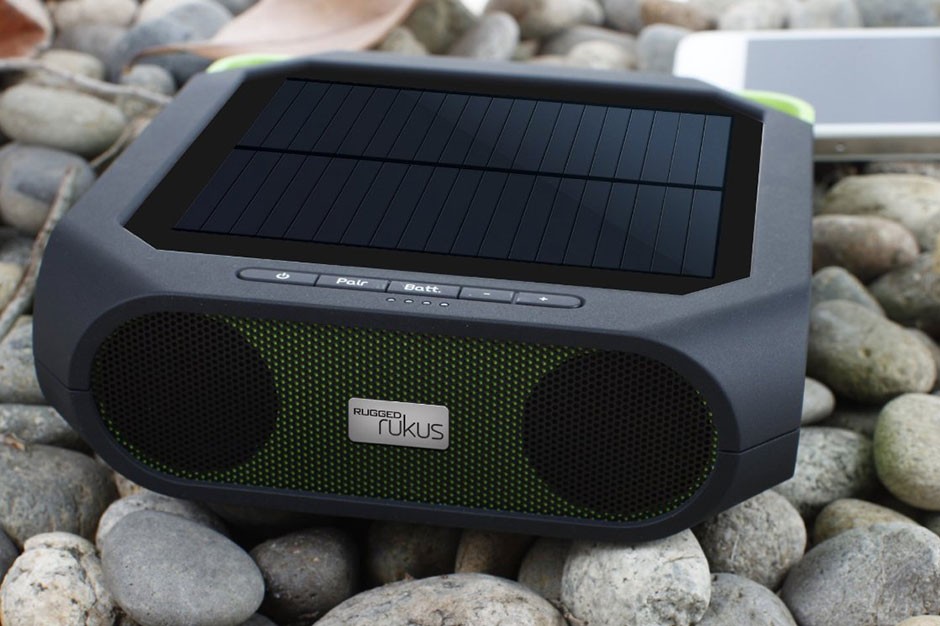 Here comes the sun, and it’s powering this sturdy Bluetooth speaker, which is covered in high-efficiency solar panels that keep the music playing all day and charge a battery so it keeps going all night. $100 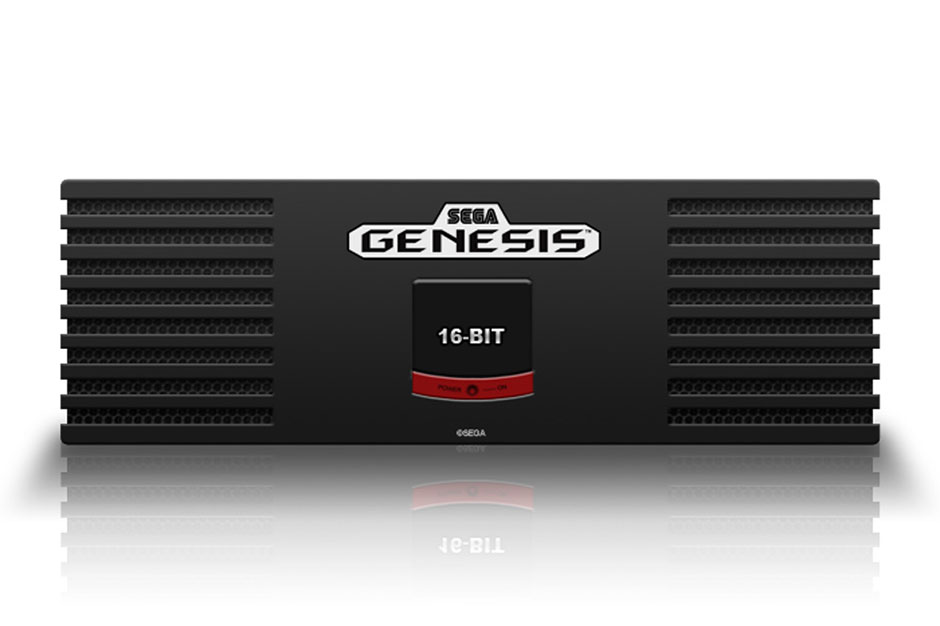 Pull on your Zubaz and stream some Young MC through this Sega Genesis Bluetooth speaker. A nostalgia trip that will have you pining for the days when bluetooth was something you got after too many Jolly Ranchers. $90. 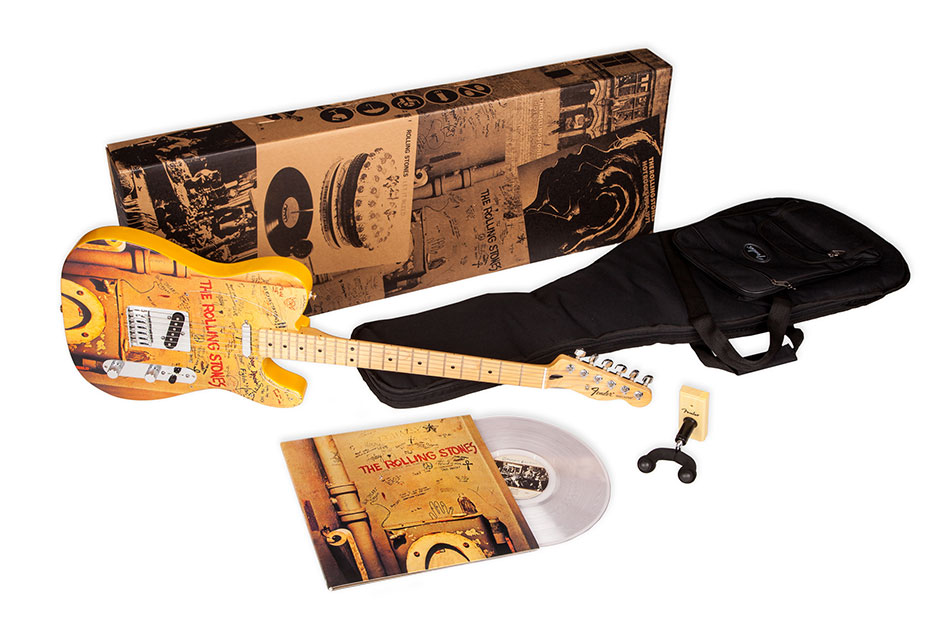 In 1968, the Rolling Stones gave the world one of their best albums, which led off with one of their best songs (“Sympathy for the Devil”). Forty-five years later, ABKCO Music & Records gives us this: a special pressing of the album along with a Fender Telecaster dressed up with its original cover art. Thanks, guys. $650. 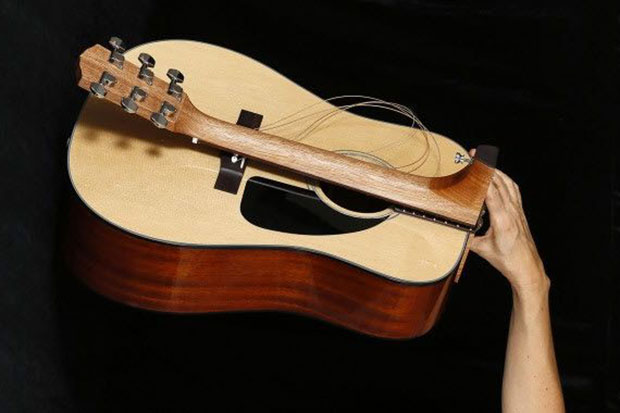 As anyone who’s ever travelled with a guitar knows, they’re not exactly made for car trunks and overhead compartments. Fender’s latest is. With a hinged neck that allows the ax to fold in half, this travel guitar will never leave you stranded at a show with a bag full of splinters. $999. 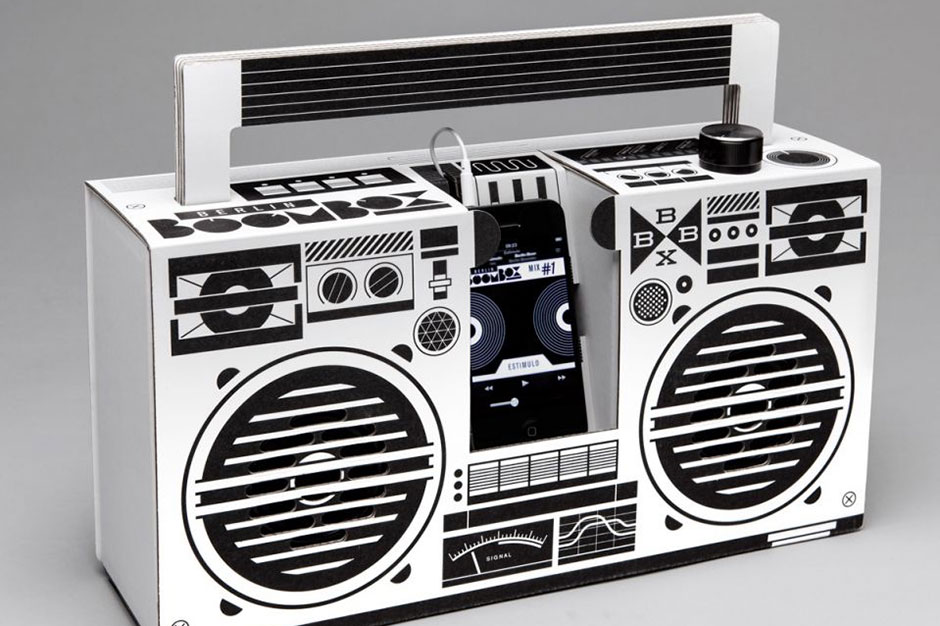 The point of this black-and-white cardboard boombox is less to play music (though it does do that), and more to complete next year’s Radio Raheem Halloween costume. $88