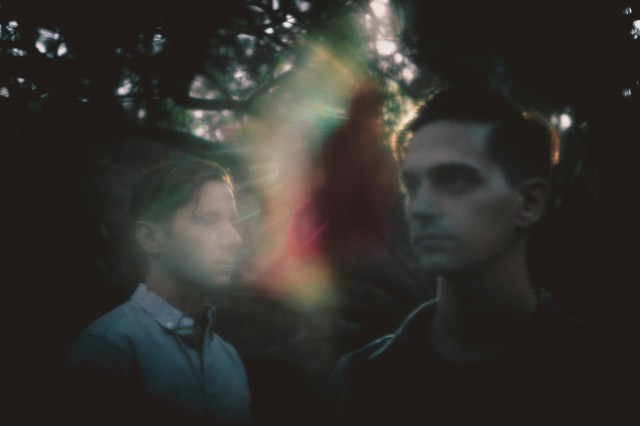 Last year, former Rilo Kiley guitarist Blake Sennett teamed with Jarrod Gorbel — ex-frontman for Brooklyn outfit the Honorary Title — to craft darkly cathartic synth-pop under the moniker Night Terrors of 1927. In the months since, the duo have posted a handful of tracks to their SoundCloud page and shared a music video for “Dust and Bones,” the call-to-arms opening track from their upcoming debut EP, Guilty Pleas. Now, Sennett and Gorbel have shared the entire five-track effort, days before its official release on November 11 via Atlantic Records. Scroll down to stream the whole Guilty Pleas EP in all its open-hearted, high-drama glory. Night Terrors of 1927 are also kicking off a residency in Los Angeles on November 4; find dates and venue details below.